Publisher’s Weekly has sent me a note saying they’ll be reviewing A Feast of Serendib. This should make me happy (for those not in the field, it’s a HUGE review market), but it mostly makes me terrified. What if they don’t like it? 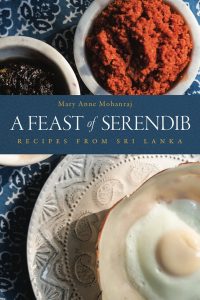 ‘All publicity is good publicity’ is fine in theory, but in practice, PW gave Bodies in Motion an overall very positive review, but the only word that I remember from it is the first negative word.

(They called it ‘uneven.’ In the first sentence, damn them. And there were a few more critical words later.)

((Oh fine. Here it is. It’s a perfectly nice review. But still:

“Mohanraj’s promising but uneven debut collection chronicles the lives of two linked Sri Lankan families over the course of 50 years. From politically ravaged Sri Lanka to quiet suburban America, characters buck against the tradition of arranged marriage, desiring more than their assigned societal roles. In “Oceans Bright and Wide,” a couple in 1939 Colombo, Sri Lanka, reluctantly send their daughter to Oxford University to study physics rather than immediately marrying her off. An embittered father lamenting his Americanized children surprises his youngest daughter with an arranged engagement on her seventeenth birthday in “A Gentle Man.” In “Tightness in the Chest,” a young American–Sri Lankan woman settles down with a Tamil husband, but resists her role as wife and future mother, while he yearns for her affection. Mohanraj’s writing is vibrant, but she occasionally retreads familiar territory of the immigrant experience (i.e., the struggle of losing one’s language and the pressure to achieve in America). Also, the gems of the collection are offset by undeveloped, rushed stories— in “Seven Cups of Water,” a lesbian affair occurs abruptly and without context. Still, Mohanraj evokes a moving portrait of families searching for love and a place to call home. Agent, Bob Mecoy. 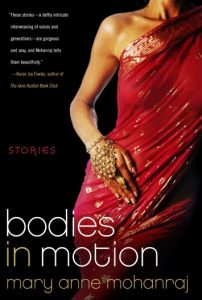