Reprint sale of “Communion” to Glittership

February 1, 2022: The Stars Change appears in a Tor article on 5 Books about human colonization of other planets

January 7, 2022: Interviewed by Susan Lee at Jean Cocteau Cinema, followed by an author reading and book signing at Beastly Books

July 16, 2021: Cited  in “What South Asian Sci-Fi Can Tell Us About Our World” in Khoreo magazine

May 29, 2021: A Feast of Serendib chosen to be Boston Public Library’s AAPI Heritage Month book pick of the day

May 5, 2021: Mentioned in Chicago Tribune regarding D200 swearing in

April 19, 2021: “Among the Marithei” published in Asimov’s Science Fiction Magazin

December 14, 2020: A Feast of Serendib reviewed in whenlooseendsmeet.com

November 10, 2020: A Feast of Serendib featured in Montreal Gazette

October 29, 2020: Feast of Serendib featured in The Province newspaper

October 21, 2020: A Feast of Serendib featured in The Kingston Whig-Standard

October 21, 2020: A Feast of Serendib featured in Clinton News Record

October 21, 2020: A Feast of Serendib featured in Montreal Gazette

October 20, 2020: Participated in Wild Card Presents: Writing in a Consortium

September 10, 2020: Guest on The Future Can be Excavated From the Past podcast

September 1, 2020: “Silence and the Word” excerpted in Desi Eros

August 19, 2020: A Feast of Serendib featured in the Albany Democrat Herald

August 12, 2020: Article about A Feast of Serendib in the Pittsburgh Post-Gazette

August 10, 2020: Article about A Feast of Serendib  in the Napa Valley Register

July 28, 2020: “Many Recipes, Many Stories” project announced by OakPark.com

February 13, 2020: “The Delicious Significance of Food in Science Fiction,” Guest interview, Our Opinions are Correct podcast

July 25, 2019: Guest on Fiction/Non/Fiction, “On the Anniversary of Apollo 11 and Space Exploration”

April 13, 2019: World-Building class for the One Book, One Chicago series, Chicago Public Library and Story Studio

April 11, 2019: “Writing through a Fractured Lens: Writing About the Homeland from the Diaspora,” Sri Lanka Symposium, College of du Page

March 23, 2019: “From Sulu to Rose Tico: Celebrating and Fighting For Asian-Americans in Geek Culture,” C2E2, Chicago

March 15, 2019: Panels: “The Editor/Writer Relationship” and “The Changing Canon of SF,” International Conference on the Fantastic in the Arts

February 15-17, 2019: Panels at  “Asia-Influenced Fantasy,” “Crafting Sex Scenes,” “If Only It Were Real,” “The Hospital of the Future,” and a reading at Boskone, an annual science fiction convention

November 1, 2018:  “Write, Critique, Revise, Repeat:  On Le Guin and Asking the Hard Questions of Ourselves,” Tor.com

September 4, 2018: Feature in the Wednesday Journal.

June 7, 2018:  “The Night Air,” reprinted in Superlative Speculative Erotica (the best of 25 years of Circlet Press)

February 2018, Survivor:  an anthology of SF/F stories about trauma

July 2017:  Joined Museum of Science and Industry’s Department of Next Strategic Task Force 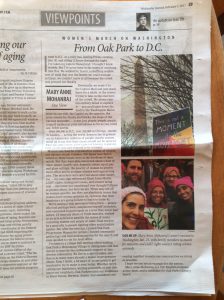 December 2016:  “Carrie Fisher and Leia:  A Legacy of Strength,” Legacy.com

November 2016:  Decided to run for office in Oak Park — library board trustee

September 2016: “This is Our Work,” a Star Trek tribute essay, Uncanny Magazine

March 2016:  Panelist, “The Anthology in the Classroom,” International Conference on the Fantastic in the Arts

January 4, 2016:  WisCon Chronicles 9: Intersections and Alliances, which I edited, made the longlist for the BSFA (British Science Fiction Awards) in the nonfiction category

April 2015: “Learning the Hour,” poem in United Nations SRC Society of Writers anthology in honour of the International Day of Happiness 2015

March 2015: “Jump Space,” How to Live on Other Planets, Upper Rubber Boot Books

November 2014: “At the Gates of the City,” Unconventional Fantasy, A Celebration of Forty Years of the World Fantasy Convention

October 6, 2014: The Stars Change named a finalist for the Rainbow Awards, in the category of Best Bisexual Fiction.

May 23 – 26, 2014: WisCon conference (Madison). Panels: “Class in the Works of Hiromi Goto,” “Damsels of Color,” “Cultural Appropriation:  Non-Western Viewpoints,” “Where Have All the Bisexuals Gone?” & “Maps of Desire” (reading)

April 2014: The Stars Change named a finalist for the Bisexual Book Awards, in the Speculative Fiction category

February 7-9, 2014: CapriCon conference, “Aging Your Characters,” “Characters Beyond Recognition,” “A Story and a History” (Chicago)

December 23, 2013: Audiobook of Silence and the Word released

December 19, 2013: Interviewed in The Chronicle of Higher Education’s “Vitae” section re: Shannon Gibney’s case and the difficulties we have as teachers working with controversial material.

December 2013:  “Hunting for Mangoes” in The Vampire Umpire and Other Stories for Children, Perera Hussein Press, Sri Lanka

December 1, 2013: Review of The Stars Change at Ideomancer

November 8, 2013: On NPR’s The Afternoon Shift with Niala Boodhoo, at 2 p.m., talking about Jaggery

September 11, 2013: Interview at The Boook Cellar Cafe, Chicago, as part of Ask the Impossible book tour

August 2013:  WorldCon, San Antonio:  Feminist Rewritings of the Ramayana and the Matter of Britain: Differences in Approach and Execution (paper presentation)

May 2013: “Birthstones,” Out! Stories from the New Queer India, published by Queer Ink, India.

May 2013: Named a Wednesday Geek Woman by GeekFeminism.org, for contributions in the overlapping areas of online writing, speculative fiction, and feminism: http://geekfeminism.org/2013/05/22/wednesday-geek-woman-mary-anne-mohanraj-author-editor-and-blogging-pioneer/

March 2013:  ICFA, Florida:  Feminist Rewritings of the Ramayana and the Matter of Britain: Differences in Approach and Execution (paper presentation)

January 2013:  “The Princess in the Forest” reviewed in Cascadia Subduction Zone.

December 2012: “As We Wait to Learn Their Names,” “The Monday After,” “Four Days After the Shooting,” (poems), Northeast Review, India.

November 2012:  “The Princess in the Forest,” Breaking the Bow, Zubaan Books

July 2011:  “Writing for Radicals,” “When Someone You Love Fails,” and a reading, ThinkGalacticon, Chicago

Winter 2010, Bodies in Motion selected for One Book, One Truman program; entire college encouraged to read my book!

November 17, 2008, The Exquisite Corpuscle becomes available for pre-order from Fairwood Press, including a poem of mine.

October 14, 2008, “Silence and the Word,” “White Sheets,” and “Under the Skin” accepted to collaborative play, Yoni ki Baat, to be performed January 2 – February 1 2009 by the Rasaka Theatre Company, Chicago

October 14, 2008, sold “Lotta and Bindi: Dolls for a Biracial Child” to Wondertime

May 12, 2008. Talk: Writing Your Identity, Northwestern University, Center for the Writing Arts.

April 19, 2008, 12 – 1:30 p.m. Reading, McCormick Place. Three S. Asian-American authors come together to offer you tales of love and marriage. Sugi Ganeshananthan will be reading from her first novel, LOVE MARRIAGE, Kali Plomin from her first novel, HOME BEFORE THE MONSOON, and Mary Anne Mohanraj from her collection of Sri Lankan-American stories, BODIES IN MOTION. This event is part of Asian American Studies Conference; registration is required. Lunch is included. http://www.aaastudies.org/2008/index.html

April 16, 2008, 5:15 – 6:15 p.m., Harris Hall, Rm. 108. Northwestern University’s Center for the Writing Arts presents a reading from Bodies in Motion, an exploration of love and sexuality from Sri Lanka and its diaspora, through two families and four generations, and Arbitrary Passions, a combination of travelogue and memoir which attempts to delineate a few of the joys and dangers of arranged marriage, romantic love, polyamory, ethnic identity and nationalism.

Click here to go back to the top of the page.

Intersmut invited me to write a column for them in June of 1997. The column was also carried by Screech.