I had a total unexpected meltdown a few nights ago, weeping at Kevin suddenly, confusing the heck out of him, actually. When he asked what was wrong, he got a long and frantic series of to-do items that had been piling up in my head…but it all actually culminated in guilt. I was feeling incredibly guilty for leaving him and the kids, for an entire week, and worse, the week before Christmas, to jet off to Hawai’i with Jed.

This requires parsing. Because look:

– I’ve left him and the kids before, for two weeks even (to do a writing residency, and admittedly, I came back on the weekend because I felt guilty, but still, I was mostly fine going, and they were totally fine having me gone)

– and I did make sure to have our holiday party early this year, and get the tree up and decorated the weekend after Thanksgiving, so the kids have already had two weeks of Christmas-y activities; they’ve made cookies and other sweets and paper chains and had a party and gone to a neighbor’s party where they had even more sweets, and we’ll do more Christmas after I get back…

– and okay, I haven’t done much of ANYTHING for Christmas presents this year because of lack of coping energy, it’s kind of shocking how little I’ve done — but Kev and I did take an hour to walk around downtown Oak Park and pick up some stocking gifts for the kids, and I picked out two board games for Kavi, and he says he can handle the rest, and I’ll be back on Christmas Eve morning, so there’ll be time to help wrap things then, and he promises it’ll be fine.

Somehow it was the combination of all of it, that overwhelmed my usually quite solid ability to a) make sure the kids and Kevin will be okay and then b) walk away for a bit. Societal expectations came crashing down on me, and I believe I may have wailed something to Kevin about, “But mommy is supposed to make Christmas happen!”

He laughed, while patting me on the back and assuring me that they would, in fact, be just fine, and that the kids would get plenty of Christmas. And I know they’ll be fine — the kids are barely going to notice I’m not there this week, and they will get extra video game and tv time with Daddy, even better.

I know, too, that I have been wound up so tight lately (mostly with work anxiety in various forms) that I have been on the verge of snapping at him and the kids for no good reason a little too often; I’m sure Kev is hoping that I will come back after this week more relaxed and myself again.

All of which is to say poly can be great, getting whisked off to Hawai’i is also clearly great, but it is not in any way simple being romantically involved with two men, not in the world as it stands, not as a woman and a mother.

And I *still* haven’t written the sappy post about Jed that I keep meaning to write, but it is something like 1:30 a.m. in Chicago, and I’ve stayed up long enough to assist in the shift to local time, so I probably should go to sleep and try again tomorrow.

(Y’all know that sometimes, you are my therapy, right? Although if I don’t figure out how to chill out more by the end of the year, I think I may need to schedule some actual therapy in 2018. The work anxiety and concurrent workaholicness is getting a little out of hand. But that’s a topic for another post.) 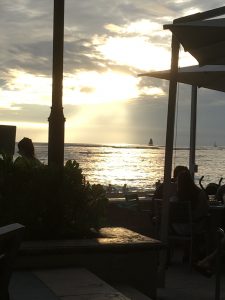 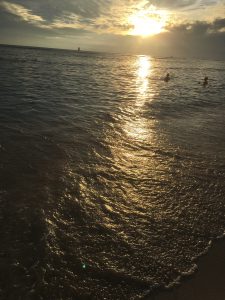 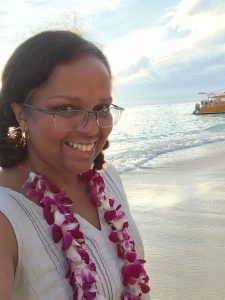 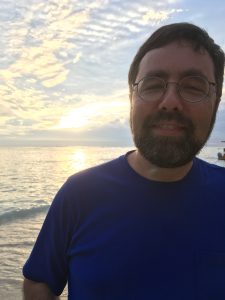