Menu
SUPER-exciting news this morning, v. secret, to be revealed shortly. But not yet! Started morning with 996 words of writing, v. satisfying. FogCon board meeting. Long, lingering breakfast with Debbie, Alex and several other interesting others. Collected Jed and kept him company while he had lunch (wasn't hungry yet). Learned Forbidden Desert -- much harder than Forbidden Island, and ended up completely buried in sand, but felt triumphant that almost made it to being killed by storms instead, which perhaps signifies that this game is too hard. Still, fun. Considered writing again, but abandoned for chatting with writers, aka 'networking.' Needed to nosh, and feeling vacation-decadent, so had Elegant Sidecar and Tomato-Sambal Prawns, both delish. 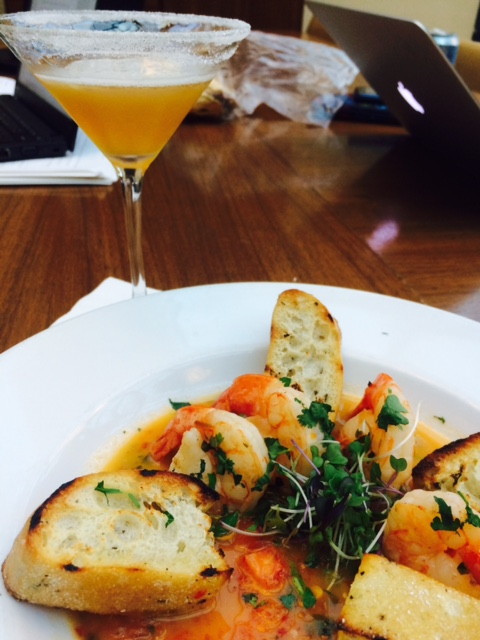 Soon thereafter, headed out to dinner with the Moles family, where the yummy food (Burmese, including fascinating tea salad, pictured) was entirely eclipsed by insanely cute baby. Not smiling in picture below, stubbornly enough, but totally lights up room when she does. All your babies would be jealous. 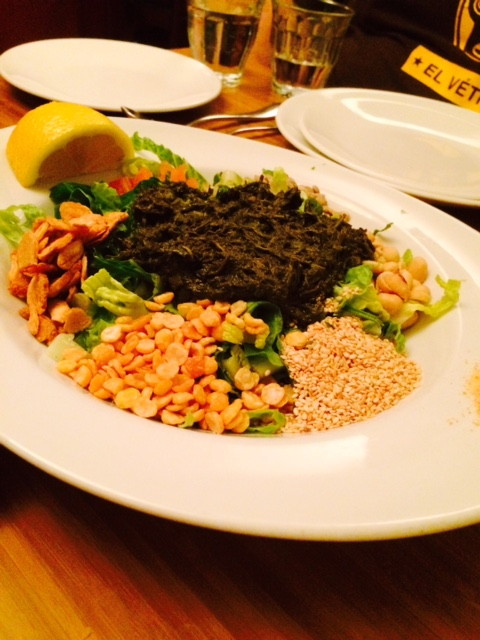 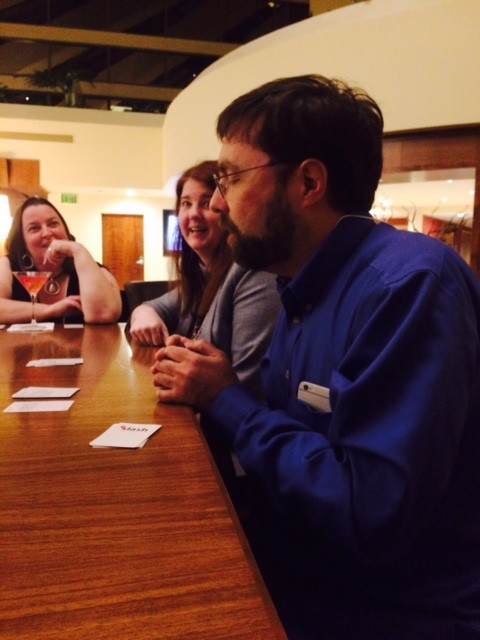 Stopped at Kam's for quick visit, climbed up to roof deck and appreciated Orion. Hello, old friend. Nice to be outside at night in light cardigan and not freeze to death. Back at hotel, more 'networking.' Finished evening learning another new game, Slash, exactly what it sounds like -- finding One True Pairings for pop culture characters, much fun, even if it turns out haven't heard of half of these people. Rampant tv-watching now entirely justified, as has turned me into Slash superstar -- won many rounds! Decade spent writing erotica may have helped. Knew it would be good for something eventually.