But then I looked around a bit more, and realized this seemed like even more fun, since some of the balloons would be at kid-height: 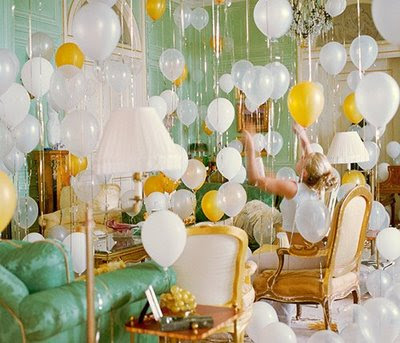 So last night I went and picked up twenty-five balloons, in shades of pearlescent pink, gold, and white. Right now, pink, red, purple, and gold are Kavi's favorite colors, but most especially sparkly gold. They were 99 cents each, and after I secured them so they wouldn't float away, they looked like this: 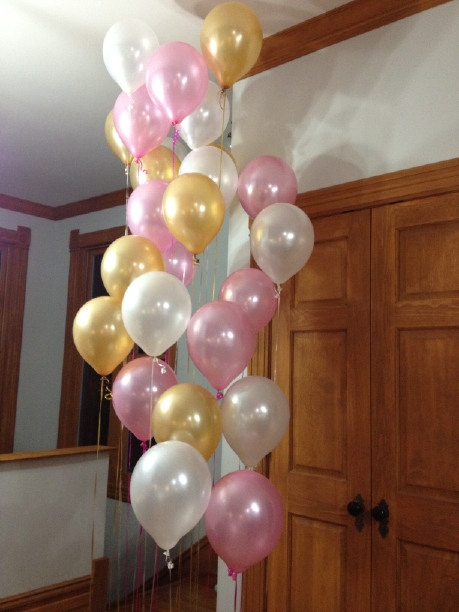 It took me a little while to figure out how to get the balloons to stay down, since I didn't want to buy 25 weights. But then I remembered that my very nice neighbors have a lot of pretty river rocks in the dry creekbed in their front yard, so I borrowed some. They'll go back by Monday. 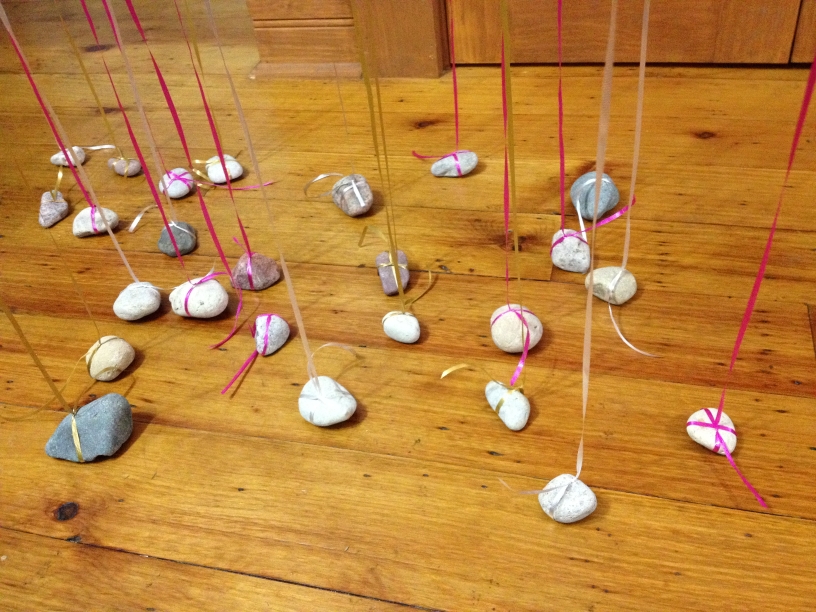 See? Pretty rocks. It wasn't easy getting the ribbons to stay tied to them, though. If you were going to do this and wanted them more secure, you might want to add a bit of glue to each one. 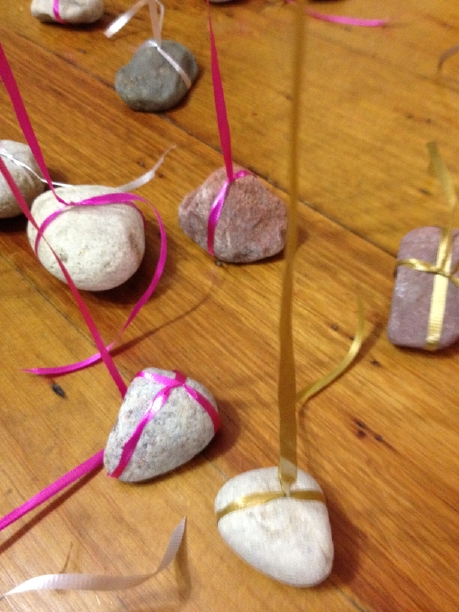 Here's the end result in Kavi's room, early this morning when I went to check on her (still sleeping) 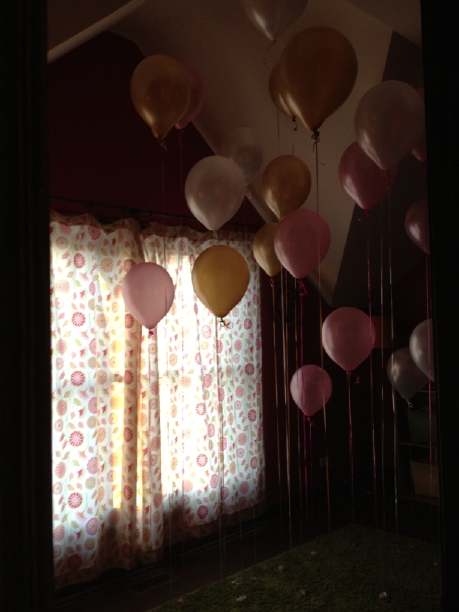 She was a little bewildered by them at first, I think. 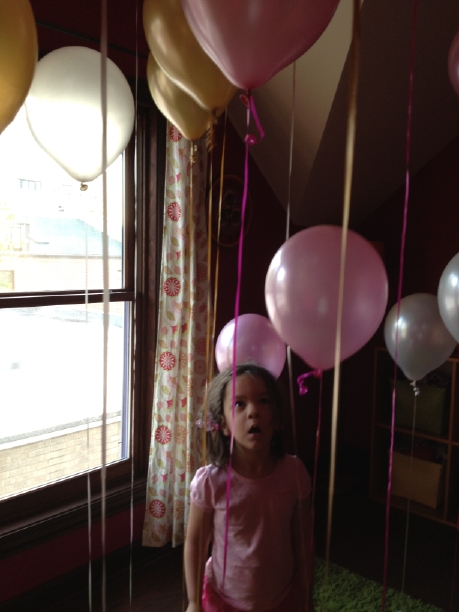 But then delighted. I like how on the green rug (IKEA), her room sort of looks like a forest of balloons. :-) 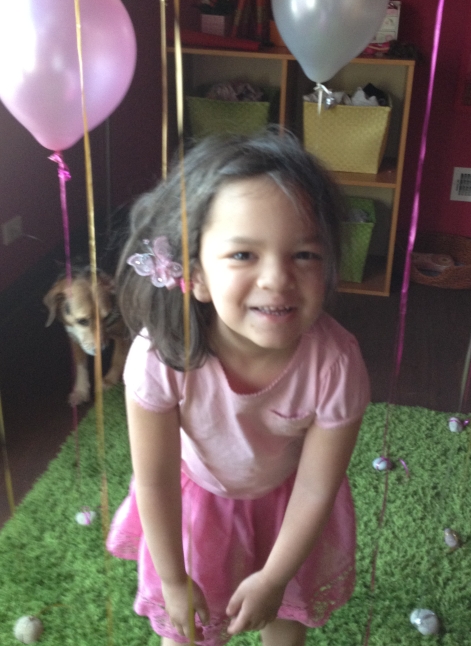 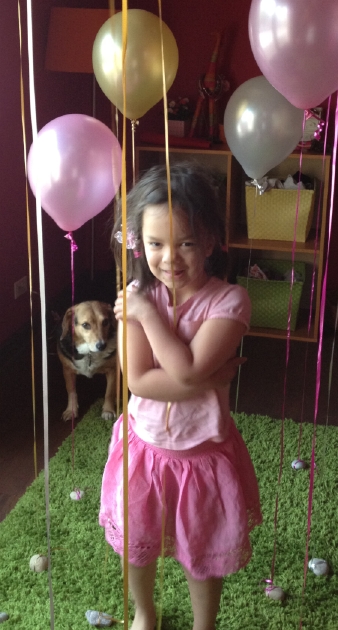 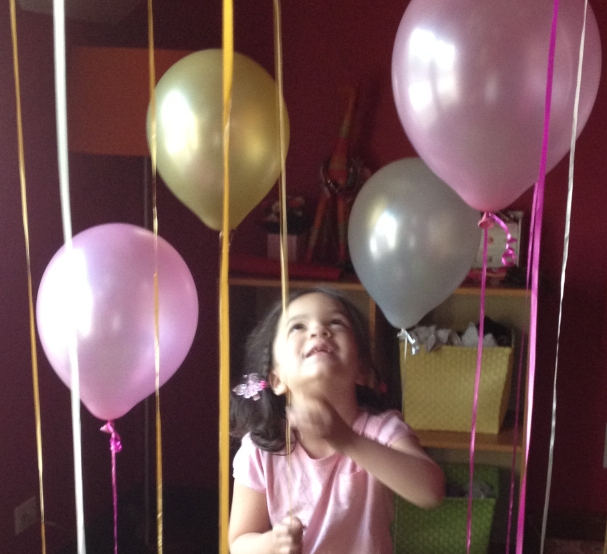 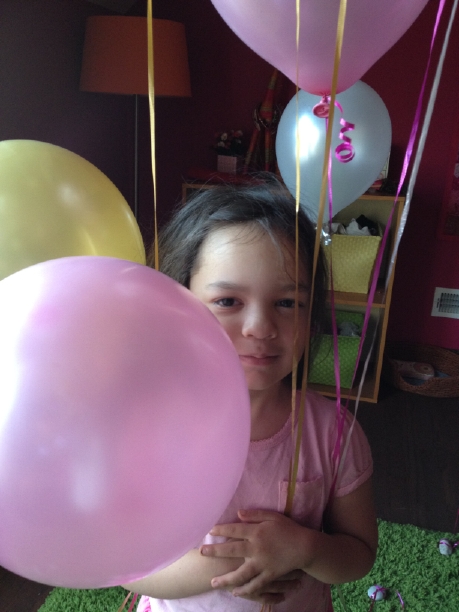 We closed the door so her little brother wouldn't run in and destroy them; she wants her friends to see them too. I kind of doubt they'll last 'til her party Sunday, though -- oh well. They're lovely with the curtains open and the light coming in. Hey, I knew putting a glass pane in that bedroom door would be good for something. :-) 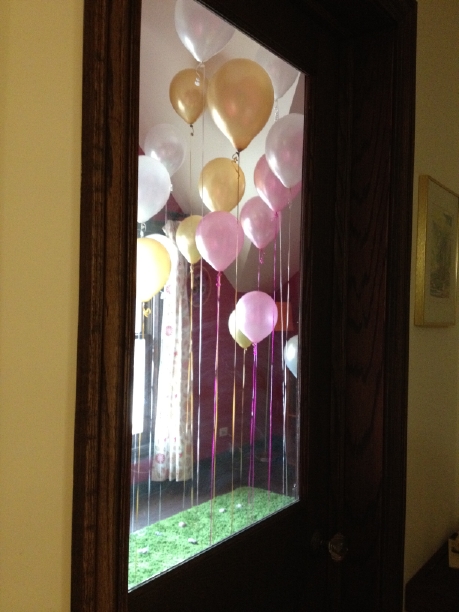 At least she's having fun now.