Facebook Instagram Youtube Twitter Patreon Shopping-bag
Menu
Pam had suggested that where the four wood beams meet at the center of my turret ceiling, we could add a motif of some kind. I don't think we want anything that comes down very far, since there's also lighting (two clear pendant globes, staggered) hanging up there, and I don't want it to look cluttered or competing. She thought perhaps just a circle or square? I suggested a Moorish star, and she asked me to draw it. My drawing skills are terrible. I used this as a basis: 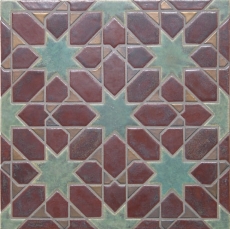 And came up with this sketch -- the idea is that the star would be thick and flat, and come down a little lower than the beams, I think. The ceiling is painted deep blue, like a night sky; the star and beams would be in dark wood. 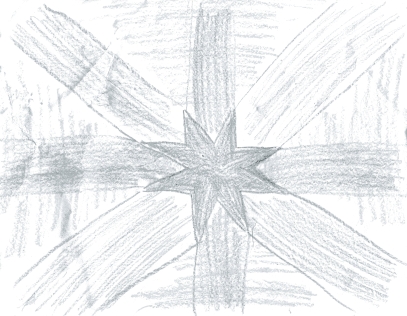 I tried just drawing it with four beams (which is what we originally planned), but that looked kind of stupid -- if we do this, I think it may really need eight beams. What do you guys think?

If you can draw something prettier, or suggest a different design, that would be appreciated!

6 thoughts on “Pam had suggested that…”