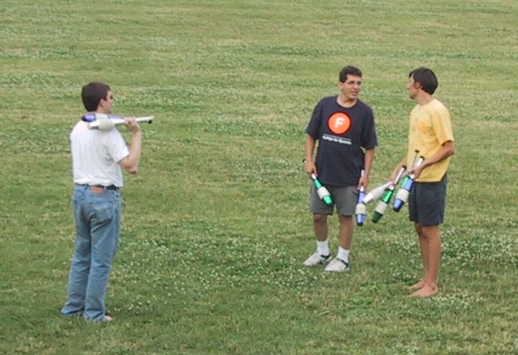 The Third of July is always a little nutty in Chicago, since they do the fireworks a day early for no good reason that I know, but this year was particularly crazy, with Adam driving me out in the early morning to retrieve my stolen car, and us talking to the police and helping them haul all kinds of weird stuff out of it; with my mom calling every five minutes with car advice, and the AC breaking down when I had half a dozen people (plus a baby) in the house and Chicago summer temperatures. So there was just one thing after another to deal with, and there were more people coming later and it was way too hot to bake pies and curry buns as originally planned, and I wasn't sure everyone would get enough food, which is the sort of thing that makes me really anxious, so there were points in the day when I was incredibly cranky and only just managing not to snap at people who had done absolutely nothing wrong (I did have to call back my mother and apologize at one point).

But at the same time, it was a lot of fun playing Rail Baron just like we used to, and Alex won, which is traditional, and the AC did eventually get fixed and didn't cost too painfully much. And even though the long walk out to the lake made us hot and sweaty, it was so nice flopping down on blankets on the grass out in Hutchinson Field, on a shaded slope away from the crazy crowds, and letting the breeze cool us off. Drinking bottle after bottle of water. Eating curry on pita bread, Harold's fried chicken (also traditional) and KFC (tastier than Harold's, I'm afraid), pierogies from Whole Foods, insanely cheesy Doritos and topping it all with melt in your mouth meringues, Nutella spread on bread, and Mirna's delectable homemade strawberry shortcake. Waiting for the fireworks, lying down on the grass, leaning my head on Elissa's thigh, playing with her new baby and reminiscing about the days when she and I were math groupies, tormenting those boys. They didn't seem to mind being tormented. Most of the time. :-) 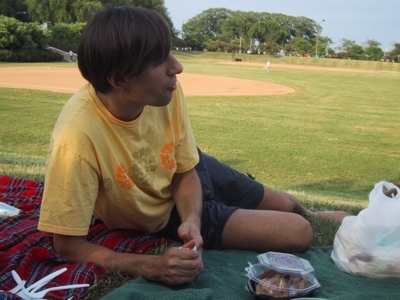 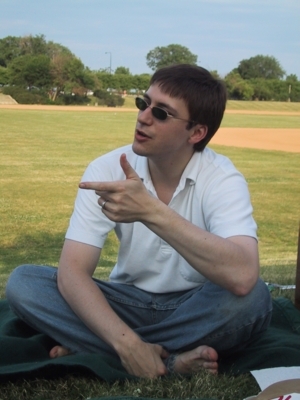 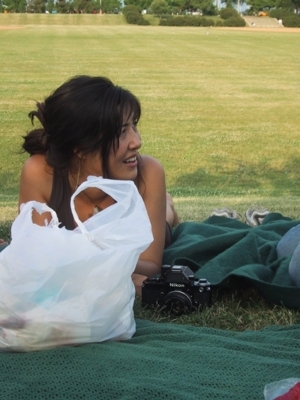 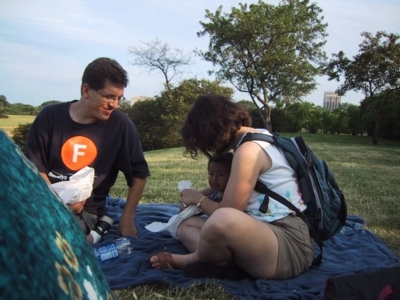 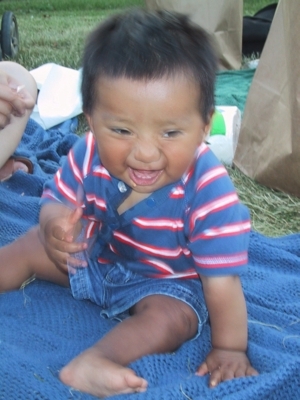 The best part was watching Alex and Brian and Jordan juggling, the strips of silver on the clubs flashing in the sunlight as they spun high overhead and dropped a lot (they're quite good, but also quite out of practice); remembering the time when they were all my boys, and how much fun and how confusing that was. Being glad that even if they're mostly other people's boys these days, they're still my friends and I get to see them and remember how it was, back in those crazy days. And it's not as if I gave up all my mathematicians, after all; I did hang on to one of them. Every good girl deserves her very own mathematician, is what I say. 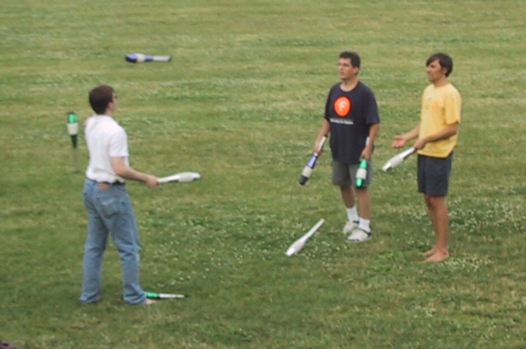 3 thoughts on “The Third of July is…”