Facebook Instagram Youtube Twitter Patreon Shopping-bag
Menu
Hey, munchkins. Didja miss me? (Btw, I tacked on a short update from the plane to the last entry, which you might have missed...) I think I'll probably be updating this off and on all day, as there's lots of stuff from this weekend to get down.

I did arrive safely in San Fran, to find Jed patiently waiting. It's so much nicer having a friend meet you at the gate than at the curb. I don't know why -- it's just a tiny bit of extra travelling to do alone, but somehow it has a much greater effect than it has any right to. I had grabbed some greasy onion rings in the Salt Lake airport, so I wasn't starving; we just went back to his place and eventually made some spaghetti. Very simple, but good. Didn't stay up too late; slept pretty well. 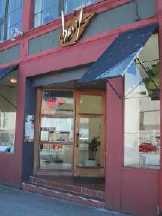 Friday we eventually made it up to the city around noonish. He usually works somewhere on the Peninsula (Redwood City, maybe?), but had a meeting at the main office in S.F. that day. So we dropped off our bags at our hotel, the absolutely gorgeous Ramada Plaza at 8th and Market (it had real Tiffany glass in the ballroom, very impressive and lovely), and then he toddled off to work, and I went to have lunch with Leigh Davidson, of Down There Press (the Herotica people). We ate at 12th and Folsom, a Thai place called Basil. It was fine, but I actually think I like the other Thai place around there better (name forgotten, much more warehouse-like in ambience, lots of chilis, fewer choices on the menu, but more tasty). Had a good time talking over what's happening in the industry, and what we'll be doing to promote Herotica 7 when it comes out (soon, hopefully -- Down There Press has bought Passion Press (audiobooks), and that combined with the untimely death of their financial manager has created much temporary havoc). I find it really interesting talking to Leigh; she knows so much more about publishing than I do. She actually sounded interested in the cookbook idea too, which is pretty cool. Have to let Sara know.

When I finished there, I headed over to the East Bay to stop briefly at Other Change of Hobbit, and then visit with Karen and Jeremiah. I'm going to go have some tea now and get ready for classes; I'll update again later.

7:30 p.m. The visit was lovely -- I'd put up photos, but Karen beat me to it. I really enjoyed the time with her; I was only there for an hour or two, but I would have liked to stay much longer. I miss her lots. And I feel guilty for not being there for her, with her; I would love to help with Jeremiah, and I just can't. There are times when having my friends scattered across the country really sucks; I think living my whole life in the same village would drive me crazy, but it would have at last a few advantages.

Eventually I dragged myself away and headed back across the Bay -- and I ran into Zed on BART! 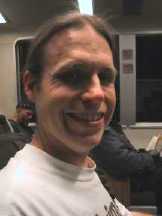 Zed's another Clarionite, and someone I workshopped with in the Bay Area; it was much fun running into him again, and we had a good chat as we buzzed under the waters. (Despite all the times I've ridden BART, I still think it's cool that it goes underwater :-).

I think I'm going to actually skip the rest of Friday, Saturday and Sunday morning and afternoon; I'm going to do up a con report for SH, and I'll point you to that when it's up. Suffice it to say for now that it was a good convention, small but very charming, and the diversity panel went very well. People accused me of being a control freak, but only in the nicest way. :-) 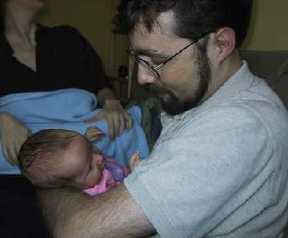 Sunday, Jed and I headed back over to Karen's (the photos on her page with the pink t-shirt are from that day) to visit for a bit. It was his first time seeing Jeremiah. And he didn't even drop the baby! :-)

9:30. I was going to give you some more travelogue; I spent Sunday evening at David's, and the day in Berkeley, but I find that looking at the photos makes me mopey. I am just too fond of these places, these people. Briefly, then -- that's Jasmine, David's cat. Jupiter Cafe, where the Berkeley SFWA meets, on Shattuck. The courtyard leading to Panini, a hidden treasure with some of the best sandwiches in Berkeley. Games of Berkeley, which used to be a terrific games store; I hear it's not as good now. The Other Change of Hobbit, which is still a terrific bookstore. Karen's walkway. Anna's, where she and I met for coffee and conversation and supposedly 'work'. Au Coquelet, which has terrific desserts. Oh, and that's David's hand.

I miss the Bay Area. 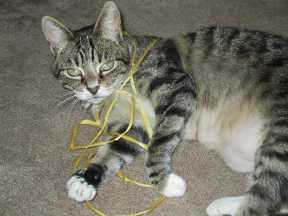 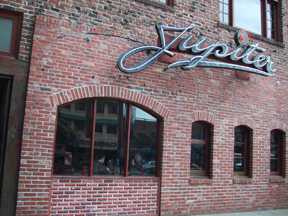 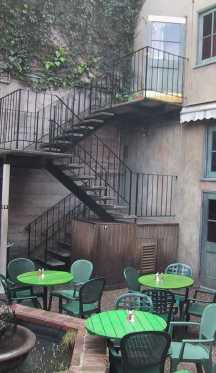 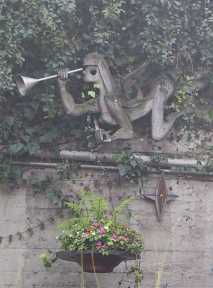 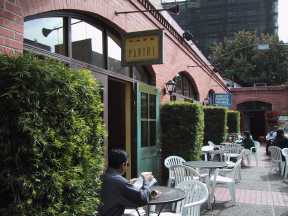 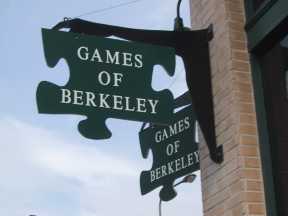 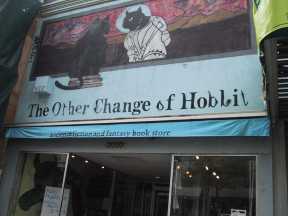 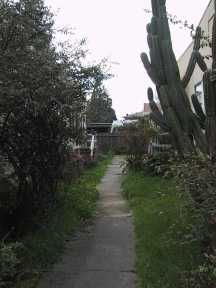 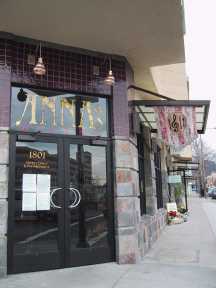 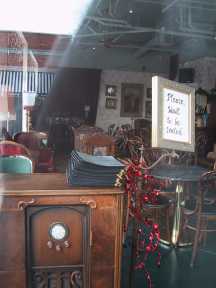 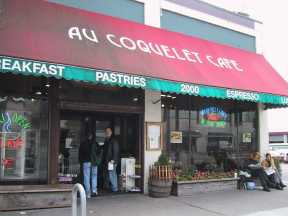 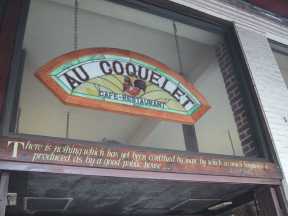 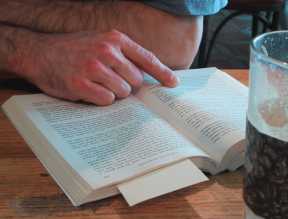