Facebook Instagram Youtube Twitter Patreon Shopping-bag
Menu
Tim's been musing about being a great writer -- and how he knows that while he may become very good, he knows himself well enough to know he'll never be great. It's interesting -- I don't know him well enough to know whether to believe that self-assessment or not. But I know that I feel that same pull, that desire for greatness. I know exactly when I realized it too -- after Beth Meachem and Tappan King's meeting with me at Clarion:

"...they basically told me I probably shouldn't be submitting novels to them....but that was because they thought I might be better off submitting to mainstream markets. In the discussion we all realized that yes indeed, I do appear to have literary pretensions." (7/15/97)

That was a turning point for my writing career because up until that point, I'd been telling myself that it was all for fun, that it was okay to just be Piers Anthony and entertain people, that I knew I'd already made a few people cry, and that was enough to know my worth had meant something, that it would all be *enough* -- and they made me realize that it wasn't enough. Not for me.

"It's an interesting question -- what to do with my life right now. They said that I was at a crux, and could choose to shoot for the fantasy market squarely (and risk getting stuck in it) (but probably make a decent living there), or aim for the wider 'real' market (and risk disappearing entirely). My momma always told me to aim high, and I got to admit that the idea of 'settling' for just the fantasy audience (much as I love them), when I could potentially have a much broader audience to preach at, sticks in my throat."

Of course, it's not a fantasy/mainstream debate, really. It's a mediocre fantasy/Pulitzer-winning mainstream debate. It's so much safer staying in little ponds. It was relatively easy to be one of the best erotica authors; so little competition, compared to other genres! (And oh, there are particular difficulties and braveries involved in writing erotica, that I do give myself credit for, but we're just talking about the writing quality right now). I just realized at Clarion that I knew I could get by, and that it would be much harder not to just get by -- and still.

"I described my novel to them as sort of a mix of Jane Yolen tale-telling, Guy Gavriel Kay scene-setting, and Amy Tan cultural/personal issues. They liked that. I liked that. I think it could be a damn good novel - lush and rich and deep. I don't know for sure that I have it in me right now to write that, but I think what I decided today is that I'm going to try. Do my plotting. Do my social/historical research. Brace for some more failed attempts. And brace for possible rejection -- or even worse, indifference. I must admit, I'd rather a glorious failure than a mediocre pass."

Though that glorious failure is terrifying. I'm not sure it would feel all that glorious. And there's just no guarantee that I'll make it to 'greatness' -- I know I'm not there yet, and I don't even think I know how to assess how close I am to it. I try to take satisfaction in all the small accomplishments along the way, so that if I don't cross over, I won't feel like an utter failure. But I know that if I ever have to admit that I'm not going to make it to greatness, I'm going to be deeply disappointed. And if it takes me another thirty years to figure that out, I may even be heartbroken.

But hell. I have to try. 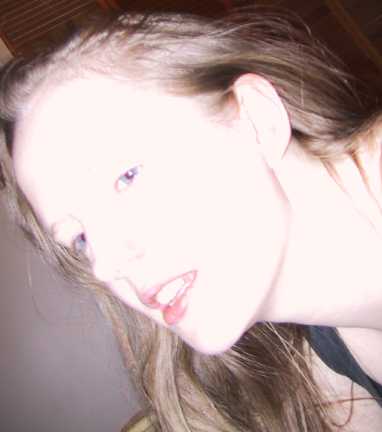 Sometimes I feel overexposed. The light of the world is shining too brightly on me, and I just want to go hide, to huddle in a corner and whimper, "turn off the lights, please!" Mostly I stand up to it. Mostly I can cope. But sometimes I do go find my corner, I do pull back from the scary bright light, I do say -- "not yet. maybe not ever." Sometimes, the world wants too much from me, and I must believe that it's okay to not quite be able to live up to the world's needs, and expectations, to hide from that bright and shining light. But what I do not know, is what to do, when the light that is hurting me is inside my own head. I do not know where I can escape to.