Well, writing retreat is off to a bit of a rocky start — I think I managed to leave all my meds at home, argh. I had them all packed and out on the kitchen table, but I think I left the case there. Now I have to figure out if I can get Kev to overnight them to me, I guess — missing a day or two isn’t too big a deal, but I don’t want to go off them for an entire week. Sigh. Trying to focus without my ADD meds = much harder.

I also am not doing so great at the get up early and write plan — I had already gotten on this terrible late night schedule, aggravated by travel to California and jet lag; I was going to bed around 2 a.m. last week, which is just not great for me. I’m a lark not an owl.

And THEN I couldn’t sleep two nights ago, basically at all, and then LAST night, George was free for dinner, and I can’t say no to that — I mean, I could, but it’s a rare opportunity. Alex and Susan came along, and the four of us ended up talking ’til 1 a.m. So I didn’t start writing until 10 a.m. today, which is pretty far from then 5-6 a.m. start I’d envisioned for this week.

Ah well. We did lots of talking about writing and story and the business last night, so it was probably productive in other ways, even if it didn’t get words on the page. And I got up this morning, put on comfy writing clothes (pictured), had some tea (think I’m going to need coffee to get through today, though), and made myself sit down and open a story file.

And an hour later, 980 words. It’s a sketch of a scene, or maybe two scenes stuck together; I’m going to need to go back and fill in the description, and probably a bunch of the dialogue will change too, but that’s why they call it a draft, people. It’s a scene I didn’t have before, and I’m going to count that as a win. Writing fiction again, after months away. Woot.

Break now, rest my fingers — if I try to just type through, I’ll give myself a repetitive stress injury — I’ve done that before, when I was on deadline. I’ll put on some music, chop some mushrooms, get them simmering for a curried mushroom appetizer for tonight’s dinner party. And then back to the writing mines.

“You’re being stubborn,” Sita said, her voice gone sharp. “It’s bad enough you wouldn’t let me send you home to visit your family, but you won’t even share my lunch?” Sita was in overalls instead of sari today, because they had to go out with the team to do the monthly inspections on the third reactor building, which would require squirming their way into tight places to check that each machine was humming along smoothly, no signs of stress in the seams and rivets. Patrick hadn’t expected the boss’s great-granddaughter to be willing to get down on her knees or her back to slide beneath a machine, but she was faster and smaller than he was; he kept ended up holding the pad, taking notes while she worked.

“I appreciated the offer, but I can’t be indebted to you, lass.”

“Lunch isn’t a debt! Think about how it makes me feel, watching you eat that cafeteria algae slop, day after day, when I’m bringing in rice and curries.”

“I didn’t mean lunch, I meant sending me back home.” It’d leave her dangerously short-handed for one, but maybe she could manage, the way he had, esp. if she cut days from travel time, by sending him on a high-speed flyer. But it was the money, really. When Patrick managed to wrinkle out the real cost of a fast flyer from Sita, he’d almost fallen out of his chair. “It’s too much, lass.”

“Okay, fine, I’ve conceded. But you can’t say lunch is too much. It’s just lunch!”

What was just lunch to her wasn’t negligible to him either, a fact he doubted he could get into her stubborn skull. But that one wasn’t really about the money.

“I don’t want to get accustomed to something I’m just going to lose,” Patrick said.

“Isn’t it better to have a taste of something great, even if it’s fleeting?”

“Depends on how much it’ll hurt when you lose it.”

“Hey, boss.” Both their heads swivelled to the door. “Boss Sita, sorry.”

“Hey, is your little girl feeling better? Did the [make up drug name] help bring down that fever?”

Patrick had been surprised by how quickly she’d learned everyone’s names until she reminded him: eidetic memory. But she didn’t just know their names – Sita had taken an interest, chatting with the workers on shift and over lunch. Even though she’d only been here a month, it seemed like she knew everyone’s life history by now, and the small troubles and ailments plaguing them too.

Johnny’s face brightened. “Much better, thanks! Tim and I want to thank you for special-ordering it for us; the medic thinks she’ll be running around again in a few days, and when she’s well, we hope you’ll come to dinner. You’ll be amazed what Tim can do spicing an algae stew.”

“Only if you let me bring dessert,” Sita said, smiling. Patrick was impressed that she gave no signs of how much she despised algae. “Maybe some mango pudding? I need to get some sugar into that little girl, so I can be her favorite aunty.”

Johnny laughed. “Deal.” Then his face fell. “Oh, dammit, I forgot what I was actually here for. I have some bad news. Maybe we should go to the break room and talk?” He hesitated, eyes darting towards Patrick, then away again.

What the hell? Patrick frowned. Since when did his people have secrets from him?

“You can talk in front of Patrick; I trust him,” Sita said quietly. “And it sounds like it’s time to bring him in.”

“I’ve only gotten about half the workers to sign on. You said we need at least seventy-five percent to have a chance of being effective.”

“Mmmm, that’s right. More would be better, so they can’t just fire you all and replace you. Although it helps that there aren’t so many with the tech skills to quickly do your jobs. The bosses need you; you don’t need them. You’ve got more power than you know.”

“It doesn’t feel like that to the crew. They can’t afford to be laid off; most don’t have savings for more than a few weeks.”

Sita frowned. “They won’t starve – we might not have lived up to the Founders’ ideals, but at least no one on this planet needs to miss a meal. And clothes and housing are guaranteed under the Charter.”

“Aye, they won’t starve. But there’s more to life than food and basic shelter, boss. They want to give their kids a better life than that – buy them an apprenticeship to a trade, or send them to college. A lot of these folks, they’ve been clinging onto their dreams, for themselves and for their kids, with their fingernails. They look at that form you want them to sign, and it’s like you’re standing above them, asking them to just let go and fall.”

Sita was on her feet now, leaning forward, her voice gone urgent. “If I’m doing that, it’s because we’ll all be there to catch them.” She reached out, put a delicate hand on Johnny’s wrist, gripped it tightly. “That’s why we have a strike fund, that’s why no one crosses the picket line. The longer the picket line, the shorter the strike, remember?”

“I remember. You convinced me, and I’ve convinced some of them, but we’re going to need more.”

“Time for some one-on-one talks, I think. Patrick, are you up for it? Which side are you on?”

She grinned, wicked and bright. “And now you know why my father grounded me. I’ll have to show you the revised contract we got for Gunesekera workers in the asteroid belt. It has some *sweet* clauses.” 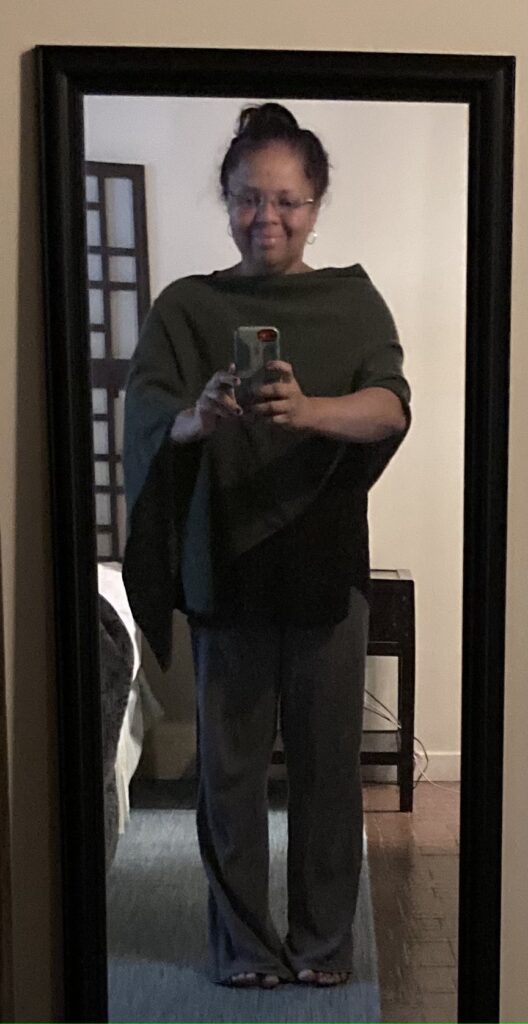