I haven’t had a lot of time to post about school board and what’s going on there, but I wanted to take a moment to just recap a little where I am with it, about six months into my 4-year term.

BACKGROUND: After four years serving on the library board, I had planned to take a break from public service and focus on my work and my nonprofit organization. I ended up running for office in large part because it was unclear whether, given the pandemic, there’d be enough people running for local office. I didn’t want to risk what would happen if the board had to appoint multiple people. In the end, there were enough candidates, barely, but I suspect local boards across the country are strapped for good people, so when your next local election comes around, if you’re at all interested in running for office, I hope you’ll consider it.

SERVING ON D200: If you’re particularly interested in the D200 school board, you should, of course, reach out to me at any point, and I’d be happy to set up a time to talk to you about what the (unpaid) job entails. Best way to reach me for that is with an e-mail to mohanraj@uic.edu, subject line D200 CANDIDACY. (I get a massive amount of e-mail, and that’ll help me not miss it.) The next election for us will be in April 2023, which means you’d be collecting petition signatures and filing at the end of 2022, about a year from now.

WHAT THE JOB HAS BEEN LIKE: Things move very fast on the school board. With more than 4000 students, it’s a very complex system, with a ton going on, and it takes some serious time and effort to keep up with everything that’s happening, week to week. It also takes a lot of time to get up to speed; even with my background in education (I’m a professor at UIC), there’s a lot about the high school that I have no experience with, and that’s going to be true for anyone on the board. I’m learning a lot, with a lot more to learn.

COMMUNICATIONS: It’s become clear to me that parents (including myself — my daughter is a freshman at OPRF) often have a mistaken impression of what aspects of the job are the responsibilities of school board, versus the responsibilities of administration. I think that’s actually mostly on the board and administration to fix, to be more transparent and communicative with the public.

– I honestly don’t think there’s an intention to obscure things — active, clear communication is a hard problem, especially given the density of information and the fragmentation of channels — you can reach some people through the local newspaper, some people through Facebook, some people through Twitter — but there are lots of people who don’t engage with any of those. And Twitter is not the best place for nuanced public discussion.

– This is one of the things I’ve been talking to the board president about — I’d love to have something like a Trustees’ Corner, a periodic column where we summarize some of what we’ve been working on, to give the public a better sense of what the board does, allow for informational questions, etc. Board meetings are all televised and recorded, but given that a typical board meeting will generally run 4-6 hrs, and we meet twice a month, we can’t expect the public to be able to spare the time to watch those. Reading the board minutes is a more efficient way to approach it, but those are still extensive.

– It is, of course, a question of how we can fit that communications work in, time-wise, given that all the board members also have full-time jobs (or more than full-time) and are extremely busy people generally. But I’m going to keep working on that — communication is my jam, folks. (I do only have time to do this post right now because my semester ended on Wednesday and my life is going to be a little calmer for a few weeks. Many days, including the weekend, I work 12-18 hr days. As much as I’d love to engage in extensive public debate on Facebook — I really would! — it’s just not feasible.)

DETRACKING: The main project we’ve all worked on in my time so far has been the detracking equity initiative — that recently passed the board, after many previous years of many people working on it, and I’m looking forward to seeing how the work plays out. We will, of course, need to revise and fine-tune as we go. My main concern going forward is that we adequately support the teachers, so they can effectively provide differentiated learning to all students, meeting the students where they are and helping them reach their best capabilities — and surpass them.

– from my point of view, adequate support for detracking means funding — primarily smaller class sizes, as possible, because I can tell you from my own experience as a teacher that it is MUCH more feasible to differentiate well in a class of 18 than in a class of 30. I’m still researching this, but my research indicates so far that elite private high schools try to cap their classes at 18 students. OPRF is (I think) currently at more like 23. Funding could also pay for TA’s, essentially, so that in classes where it’d be beneficial, you might break up a class into smaller groups for more individualized learning.

– I will generally make the argument for investing in human capital whenever possible — not in high salaries for upper-level administrators, but for decent, adequate salaries across the board, and job expectations that are actually reasonable and workable.

– In this week’s board meeting, for example, the staff came to us with a request to raise the amount we’re offering for food service workers, from the roughly $14 / hr we’ve been offering to $16, citing the difficulty they’ve had in hiring at the lower rate (we’re down several food service staff, which is going to be an even bigger issue when the new cafeteria construction finishes and we open that section). I pointed out that wages have been lagging behind inflation for a very long time, and given that comparative local food service salaries are actually above $16 / hr, I’d advocate for offering more, perhaps $17 / hr to start. The rest of the board was comfortable with that, as it turned out, so we amended the proposal from administration to that number. Hopefully this will make for greater ease in hiring workers, and better conditions for workers once they’re with us. I would very much like us to get to a point where all of our staff and administration can afford to live and work in Oak Park / River Forest. (This is much of what I worked on in my time at the library, improving salaries to livable levels for lower-level staffers.) Realistically, that’s going to take some time.

REMOVING PAY TO PLAY: Another financial element that I care about is reducing the ways in which fees contribute to inequities — given the pandemic, we waived summer school fees this year, and going forward, I’d argue that we should waive them entirely. Summer school is used for academic advancement as well as recuperating grades from classes that students struggled with — it’s only equitable that all students have access to those opportunities, not just the ones whose families can afford to pay for them. We are a public school, our classes should be free to the students. All of them.

LANDLOCKED CAMPUS: Another issue right now is that for some months, the board has been interested in purchasing land. The building is overcrowded (though hopefully the construction will help with that), and more urgently, the athletics folks have very limited green space to work with, since we’re landlocked, surrounded by housing stock. This is a fraught and complicated issue for a variety of reasons, most of which I can’t talk about publicly yet, because financial / legal issues are required to be handled in closed session — eventually, when they’re no longer sensitive, the details are released to the public, but that can take a long time. I’ll tell you what I can, as I can.

Okay, I’ve been writing for over an hour now, and I need to get my family going on weekend chores, so I’m going to summarize the next few things. I’m hoping to work on at least three academic initiatives in the next year; they’re all already in motion, to some extent, and it’ll be a process working out details with administration, as to what’s feasible:

a) a later start time; the research is overwhelming that teens do better with a later start time for high school — if we can shift it even just half an hour later, we should see marked improvements in physical health, mental health, and academic performance.

b) a serious look at how we handle grading; the pandemic threw grading difficulties into high relief, and I think there’s a lot of work to be done there, thinking through what is actually effective in terms of using grades to both evaluate and motivate students, and what is simply a leftover from the old days, of how we’ve always done it. I’m mostly going to be asking the administration to do the research and present it to us, since they’re the experts in high school academics, but I obviously spend a lot of time grading myself (15+ years of it), and I look forward to integrating my own analysis into that conversation.

c) a serious look at academic / vocational classes and how they’re handled. At the moment, my impression is that they’re fairly tracked — the kids on a more academic path may never take a class that requires they work with their hands. I think that’s a real problem. We do require financial literacy, which is something, but I’d like to see all the students engage in some kind of ‘intro to adulting’ course (possibly starting as an optional summer class?). It’s disturbing to me, how many of my college students can’t cook a basic meal, or handle basic repairs. This is the kind of thing that ends up costing them a lot of money in takeout, etc.; it’s also something that’s relatively easy to provide in a short amount of time — in three hours, I can teach a Saturday cooking class that takes people from never having cooked anything to being able to make a spaghetti sauce from scratch — and a good one, too. Again, the administration will need to do research on this, but there are other schools that do provide this kind of coursework, and I’m looking forward to exploring it further over the next few years.

I said I’d summarize, right? Oof. There’s a lot more I could touch on, but those are some of *my* main priorities at this point, six months in, and looking forward to the next six months. If you have questions, ask, but I can’t guarantee I’ll have time to answer them. I hope this is helpful regardless. 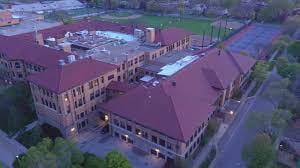