Teaching in the morning, and then an afternoon finishing up sewing and packing up treat boxes for the Interstellar level. I keep thinking I’m about to send them out the door, and then something else happens — in this case, a scheduled call that I thought was going to take one hour ended up taking three hours, finishing right after the post office closed for the day. Oops.

Sorry, Interstellar Patreon peeps! The boxes will actually go out today, and I have added in some MORE extra sweets to apologize for the delay. They are going to be jammed full this time around.

It’s a little unclear to me whether the Patreon treat boxes actually make sense to do — they take quite a lot of time, and they’re somehow more stressful than doing flash sales of random things I make; I think I start to fret that people will feel like they’re not getting sufficient value for their pledged amount or some such.

It’s not really a rational fret, because by any objective measure, I think they do. But when people are buying individual items, you know they want what they’re buying. When they’re buying essentially a mystery box, there’s always going to be some variation in whether they like / appreciate everything that’s in there.

I try to accommodate known issues — no scented soaps for people with scent sensitivities, no cayenne for people who don’t like spice in their sweet, no peanuts for the person who’s allergic (that one’s easy, because I generally don’t cook with peanuts at all). But sometimes it’s just that they don’t like that flavor combo, and there’s not much I can do about that.

And then there’s the melting issues with confections — I’m going to try putting ice packs in the Interstellar boxes this time around, see if that makes a noticeable difference. I’m hesitant to send any confections in June, even with ice packs — will they sit in a postal facility at 90F for two days? Or in the back of a hot truck? If so, chocolates will melt, with or without ice packs. It stresses me out.

(And I can’t even fit ice packs into the first tier boxes, because they’re not big enough, and if I put the same amount of stuff in bigger boxes, it adds enough to the cost that I think I start losing money…)

No real conclusions. I think as pandemic eases up, we’ll be able to have Stephanie Bailey and Emmanuel Henderson come over to the house for Serendib work again sometimes, and that will help a lot — if I can set them to cutting up and packaging trays of milk toffee and marshmallows, that will make life much smoother. We’ll definitely do a summer 2021 box (“Wild Grass, Honey, and the Sea”), and will then re-evaluate whether to go forward with Patreon treat boxes or not.

For now, though — I’m at the retreat space for the morning, and I’m going to try to write a scene or two, have lunch, and then go home to do final packing of the boxes and drop them at the post office. After that, there’s a fair number of neglected garden chores, and I need to listen to the new episodes of the podcast, so I can tell you about them. (We recorded some of these a year ago, so memory definitely doesn’t hold up!) 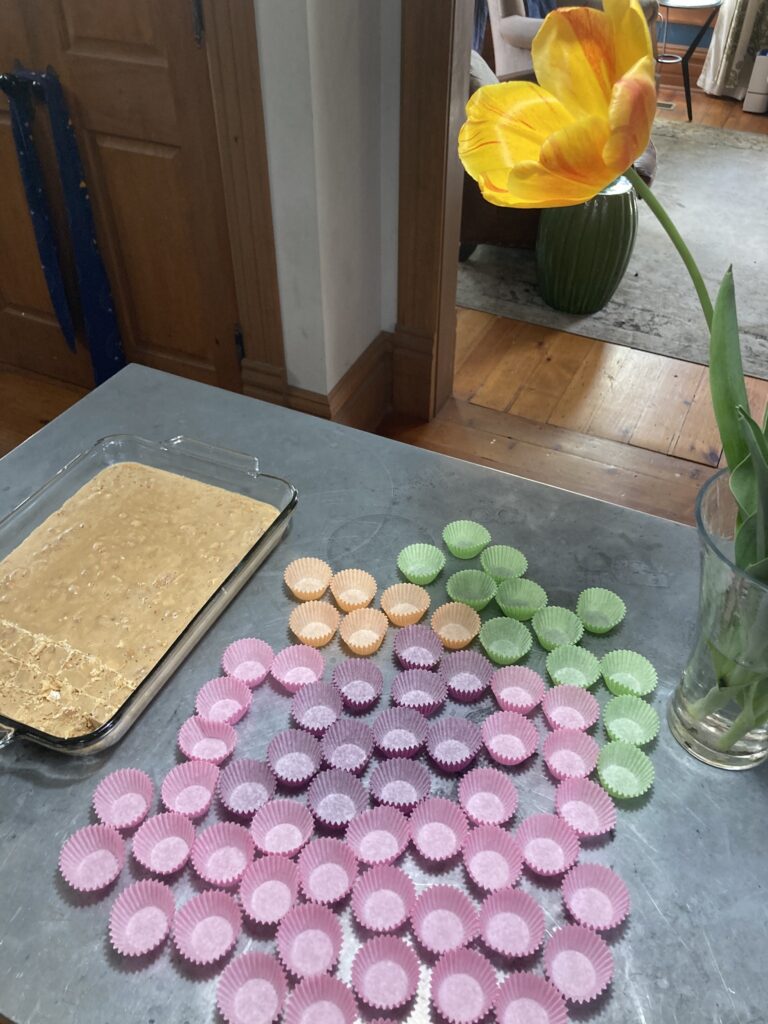