I’m not going to write up a recipe for these, because I pretty much just used The Kitchn’s recipe for the madeleines themselves — first time making them, wanted something reliable. I didn’t have lemons, so I used lime zest instead, and used Baker’s Joy to spray the pans instead of making a melted butter+flour combo, but otherwise, followed their recipe pretty exactly.

These came out great, with the characteristic ‘hump’ that Paul Hollywood seemed so obsessed by on GBBO.

Then I melted some semi-sweet chocolate (1/2 power in the microwave for a few minutes, stirring) and dipped them, laying on parchment paper. Easy-peasy way to dress them up, and while a naked madeleine is just perfect with a cuppa, the chocolate makes it more of an eat-by-itself dessert.

I added passionfruit flakes, just for a little extra sparkle and a touch of tang. Honestly, you can barely taste them, but still, a little extra fun.

Will be including a few of these in the September treat boxes…hope the chocolate doesn’t melt in shipping! 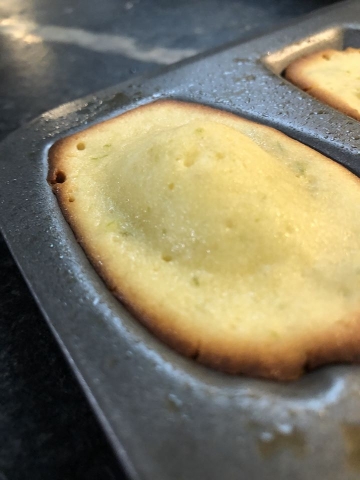 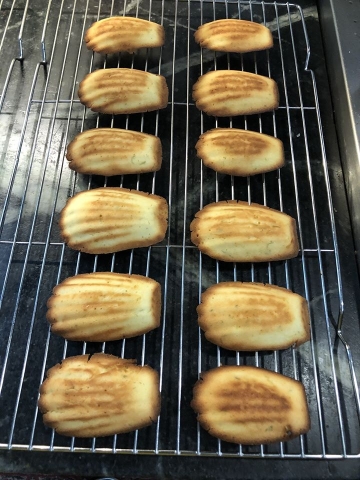 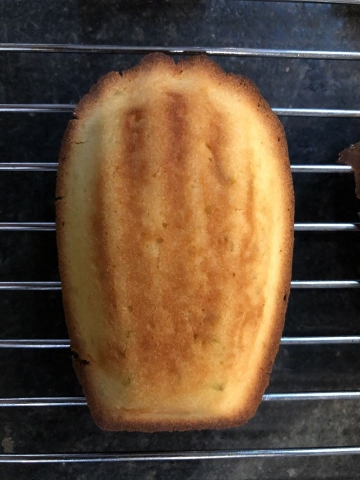 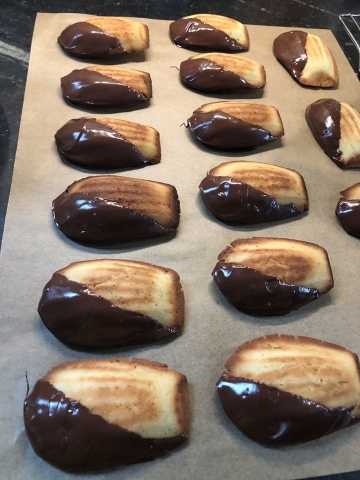 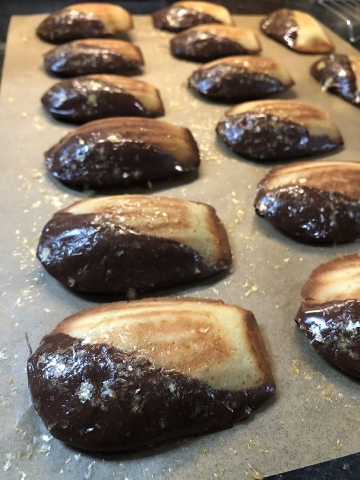