The children and I made Kevin some birthday pumpkin pie. 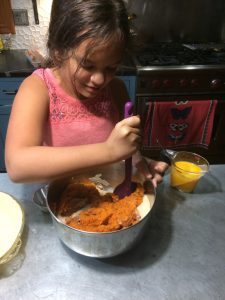 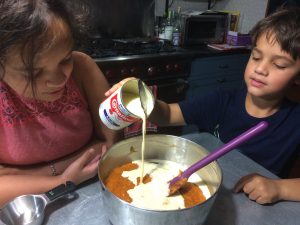 But then we had to wait for Kevin to come home from work, which was a little tough for Anand — apparently the pie smelled too good to resist. When it was discovered that Anand had grabbed himself a handful of pie, I may have scolded him a bit.

I came downstairs later to find that Kavi had written an apology note: “Dear Daddy, I apologize for the bite in your birthday pie. Anand couldn’t help himself, so he took a bite. By signing this, he agrees that he made a bad decision, and will resist next time. Signature: Anand” 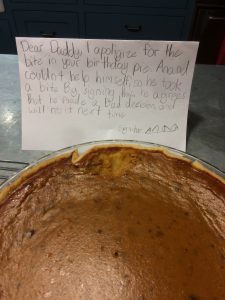 In case it wasn’t clear enough, he drew an explanatory illustration: 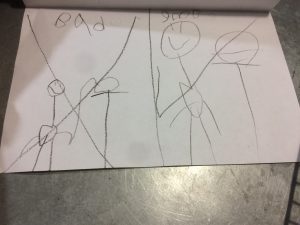 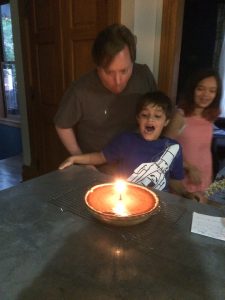