Facebook Instagram Youtube Twitter Patreon Shopping-bag
Menu
Im adding something new to my Patreon account, a garden journal for 2016. For $3 a month, subscribers will be sent a (roughly) weekly journal of my gardening. (If youre already subscribing at the $1 or $2 / month level, youd need to change to $3 / month total.) Some parts will read like an essay, some will be more note-like. Itll cover indoor and outdoor plants, perennials, annuals, shrubs, my log of what Im planting, moving, etc., my attempts to finally get my vegetable garden off the ground, and any garden-related poetry or fiction that comes along. Im also planning on photos and notes about a featured plant, every week. (The first week of January will be dahlias.) I am no expert, but I do love gardening.

Im hoping this will serve the dual purpose of keeping me a bit more organized about my own garden journal, but also be of interest to others. Much of this is material I write / post already, but Im hoping this project will shape itself into a more coherent and useful form. I subscribe to The English Garden, and they do a similar feature with a house and garden in England, and even though the climate is entirely different, I still find useful tidbits to take to my own garden. I also just enjoy their writing, and hope I can achieve something similar.

Ill be posting at least some of this to Facebook too, but subscribing ensures you get the whole package, delivered to your e-mail box (or you can choose to visit the Patreon site to access them, if you prefer). And everyone whos still subscribed in December will get a little holiday gift  the entire set as a digital chapbook, roughly 50-ish entries. (In PDF / Kindle / Nook formats, probably.) I may even do a little printed version, which subscribers would get a discount on ordering, but no promises there.

The title of the series will be Serendib Garden. We named the house Serendib House (well, Kevin kindly went along with me naming it that)  one of the old names for Sri Lanka is Serendib, from a story, The Three Princes of Serendip. The word serendipity actually comes from that name  something wonderful, unlooked for, which seems perfect for a garden journal. Every garden is full of small, delightful surprises.

A few days ago I had a miserable realization, that made me feel momentarily sick to my stomach -- that in the frenzy of holiday preparations, I had completely failed to dig my dahlias out of the ground. Now, after a hard freeze, the tubers will be ruined, black and rotted.

I got them into the ground very late last year, too late to bloom  with all the cancer treatments, I just didnt have the energy to plant them at the right time. I wasnt sure it was worth planting them at all, but I called the Chicago Botanic Garden, and after much discussion, we agreed that it was probably best to put them in the ground, so they could soak up some nutrients for a few months before overwintering again.

(If youre not familiar with dahlias, theyre too tender to stay in the ground through a Chicago winter, but if you dig them up in November after the first frost, store them in a cool place, and replant them in the spring, they come back bigger and better every year. If youre lucky. Its some work, but I usually find it well worth it, for the weeks of late autumn / early winter glorious flowering, long after most flowers have finished.)

So I got all six tubers planted, and a few months later, happily noticed that they were sending up green shoots. By mid-November, I had healthy plants, and normally, the frost would come then, kill off the tops, and that would be the sign that it was time to dig them up. But Chicago had a remarkably mild early winter, with just a single light snowfall by Christmas; I still had roses blooming, and I kept telling myself that if I left the dahlias in a little longer, theyd get even bigger and stronger. Fine, so far it goes, but then we were into December, and I completely forgot about the dahlias in the rush of cooking and cleaning and preparing for a houseful of relatives over the holidays.

So now here we are. Its January, Im starting the new year with six dead dahlias, and its not a big deal, except it is. My Claudette was three years old, and over the three years of planting and digging up, shed grown into a fine cluster of tubers, big enough to grow a large plant covered in flowers. Now, I need to start over, with a new Claudette. Only nine dollars to replace her  nine dollars and three years irreplaceable growth.

I felt like such a fool when I realized what Id done. Its hard to be gentle with myself, to remember that there are limits to what I can take care of. When the priority list is made, taking care of myself and Kevin and the kids and the dog, taking care of friends and family, all come far ahead of taking care of any plant, no matter how beloved. Gardening is supposed to be a pleasure, not a burden. So while there is, inevitably, a goodly amount of work involved in any garden, I try to keep a little question in the back of my mind  is this still bringing me joy? And if theres some aspect of gardening that is more upsetting than joyful, then I need to let that go.

Killing a set of dahlias is unfortunate  but plants die, sometimes untimely. Due to weather, disease, pests  and sometimes, often, gardener error. Its part of the life cycle of the garden, and theres no point in beating oneself up about it. Learn from the mistake, maybe curse a bit if it was a costly one, and then move on.

Ive chosen six dahlias for the garden from the White Flower Farm catalog. (This nursery is a little more expensive than some, esp. when you factor in shipping from CT to IL, but I have generally found their plants reliable and sturdy, and their catalog is beautiful and informative.) Large-bloom varieties Caf au Lait and White Perfection, mid-size Franz Kafka and Hayley Jane, and small-bloom Wizard of Oz and Claudette. Five of the six are new to me, and I am looking forward to seeing what they bring to the garden. Im also adding a budget mix they title Dahlias for Cutting, $29 for six unlabeled tubers  Im hoping to start a backyard cutting garden this year, so therell be plenty of flowers to cut for vases in the house, without denuding the front yard display. Dahlias are fabulous for cutting.

Is every setback also an opportunity to try something new? I hope so. 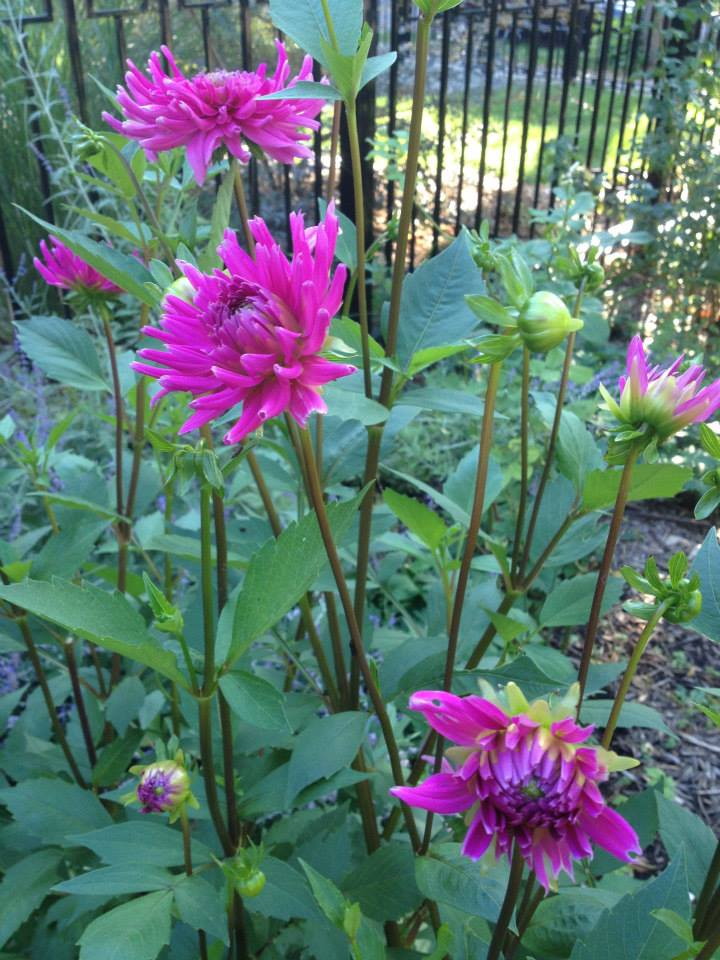