Facebook Instagram Youtube Twitter Patreon Shopping-bag
Menu
This is "the tale of the miraculous hellebores," aka "Trader Joe, you know me too well." After calling around to various local garden stores and finding that none of them had any outdoor plants yet, not even primroses or ice pansies, I had given up all hope and was cast into the sloughs of despond. Try again in another week or two, they said. It's pretty early to be planting, they said. I sallied forth to TJ's, to assuage my sorrow with snacks and cut flowers. And lo and behold, they had hellebores! Big, beautiful, probably overwintered in a greenhouse from last year hellebores. This was the first miracle. 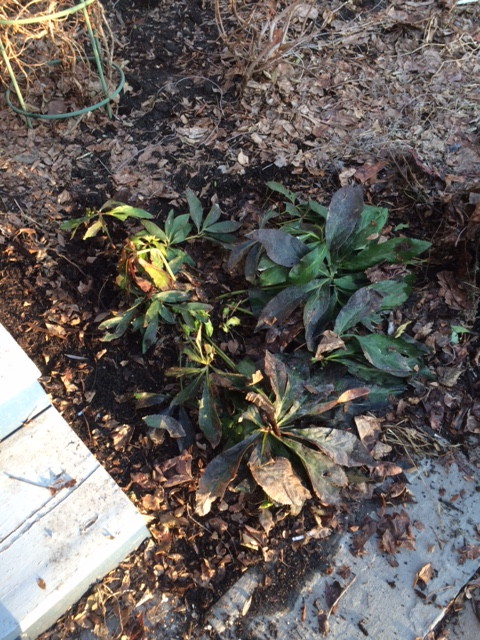 And I bought one, and I brought it home, and I discovered as I walked in the back door that Toni had at that very moment arrived at the front door, bearing that selfsame hellebore plant as a gift for me (along with a cheery cancer-defeating card). So now I had two, two hellebores! The second miracle! Clearly, it was meant to be, a sign from the universe that if I went ahead and planted selfsame hellebores, they would likely survive, despite an occasional slight overnight under 32 temperature to come. 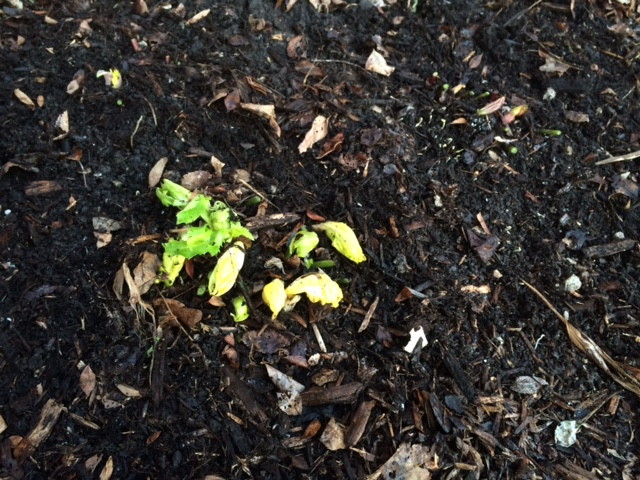 So I went out into the yard, and I raked away the leaf mold from the existing hellebores, uncovering their browning old leaves and fresh new sprouting flowers. And then yea, verily, I trimmed away the old leaves, which I haven't ever bothered to do before, but apparently, it's good for them, according to the wisdom of the internet. It certainly looks neater, all heaven be praised. Then I placed the pots on either side of the front steps, and then I replaced the pots, and considered them at length, and at last, as the sun began its descent, I made my final placement, and then, o reader, I dug. 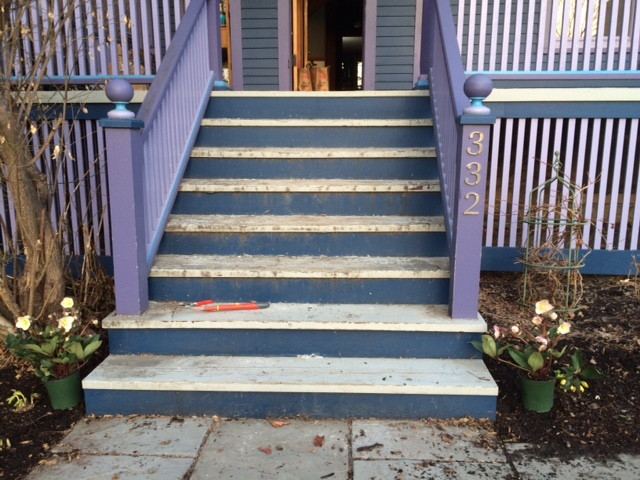 On removing the sheltering pots I discovered that indeed, the plants were mightily root bound, indicating that my prior assessment was correct. They were old plants! I hearkened back to my days of watching garden shows, where they indicated that one might use a shovel to break up the engirdled roots, facilitating their penetrating more swiftly into the soil and seeking fresh nourishment. Boldly, praying that I was not actually killing the plant, I sliced mightily into the root mass, again and again and again. (Like David facing Goliath, mayhap.) 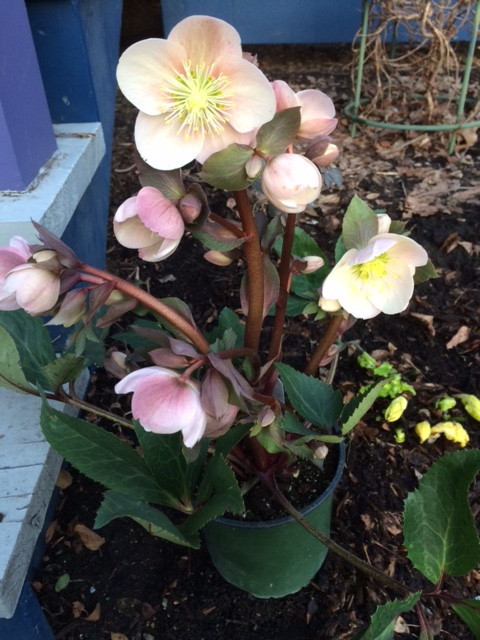 And then I dug in the soil, cold and damp with melted snow, and my fingers grew chilled and my fingernails filthy, in the way overeager gardeners have known for aeons past. And I placed the plants, and replaced the soil, and then I swept the path clean(ish). And then yea, verily, I stood back and contemplated my work, and it did seem most spring-like and cheering. And the sun set on the first day of planting, and it was good. 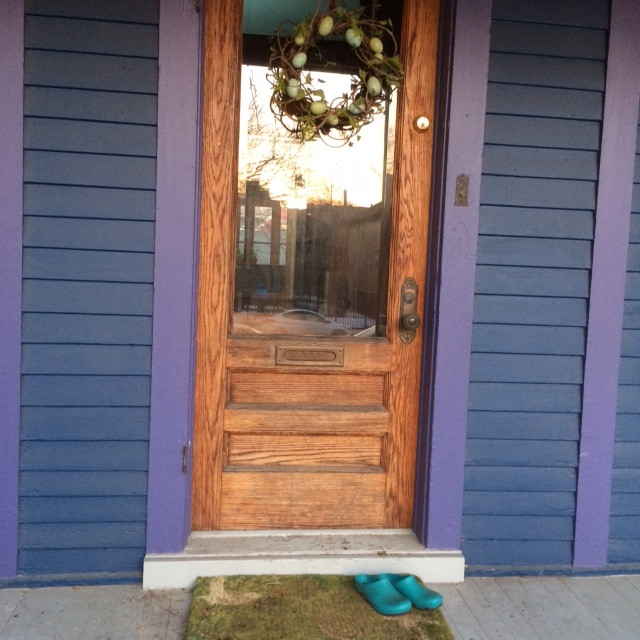