Facebook Instagram Youtube Twitter Patreon Shopping-bag
Menu
Somewhere in this house there is a videotape of me, playing Spock, on the Enterprise bridge. I was fifteen years old, at Universal Studios, acting out a scene in front of a green screen. (The final version had Kirk and the rest of the crew and the bridge set in it.) I was such a terrible actor that I was only able to bear to watch the video once, and it's a little surprising that I didn't just burn the damn thing. But I didn't because me. As Spock! (I actually did it twice; the second time through I got to play Kirk, and I honestly don't know which was better.) And I don't know where that video is now, and I don't have a VCR player, and it's probably just as well, because as I said, truly terrible acting. But still. If I could, I'd watch it tonight.

This will have to do. It feels rather ridiculously geeky, sending this out into the world, but if y'all don't know what a huge geek I am by now, you haven't been paying attention. I'm sad, people -- not for him, but for those of us he left behind. Part of me must have thought he'd live forever. 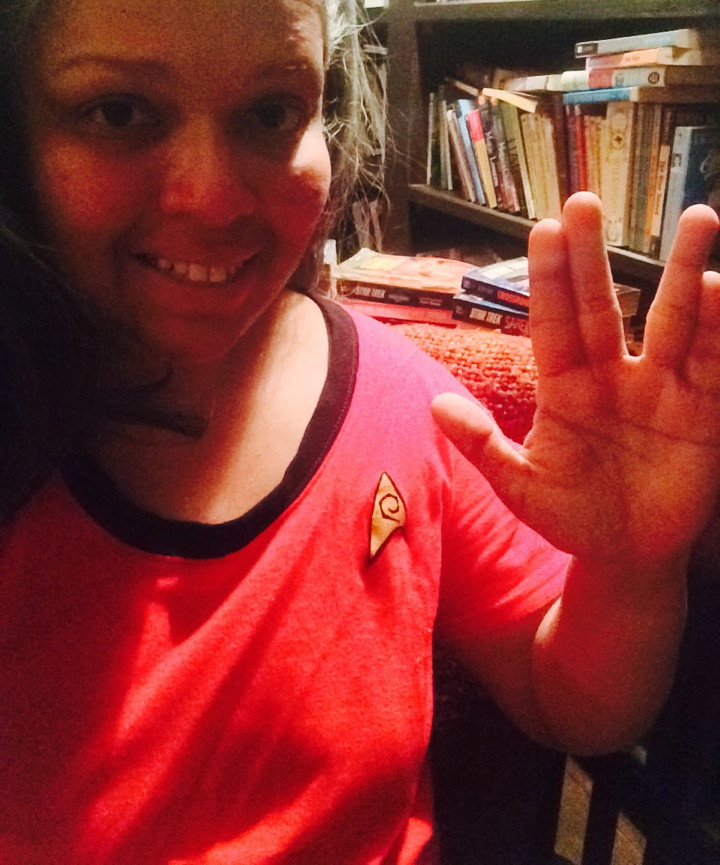