Facebook Instagram Youtube Twitter Patreon Shopping-bag
Menu
So let me say, first of all, that I had my doubts about the feasibility of this recipe. I have had good success with molded shortbread pans, but cutting it out into shapes AFTER baking? That seemed dubious. But cherry shortbread hearts sounded very appealing, so I thought I'd give it a try.

My first problem was that the recipe was too small. It only made a dozen cookies? Madness. So I doubled it, no problem. But then I ran into a pan difficulty -- I didn't want to bake it in two batches in a 9" square pan, and I only had one of those, so I did my double batch in a 9x12 pan instead, which meant the cookies were quite thick. I should have known that this would lead to cutting problems -- in fact, I did know. But I blithely chose to ignore it because I was too lazy to wash the same pan twice. And thus is laziness punished appropriately.

Problem two was that it turned out I had no heart cutters. Not just no heart cutters of the appropriate size (which I had worried about a bit) but no heart cutters at all. How can this be? I'm still sort of bewildered because I have small children who love it when mommy does heart-shaped food for them, but I THINK I've only done freehand hearts with a squeeze bottle of pancake batter, now that I think about it. I must get a set of graduated heart cookie cutters, stat.

So I turned to my Christmas cutters, only to discover that none of those were ideal either. Basically, they all had too much fine detail, too many bumps, and if there was a chance for these cookies to work at all, the cutting needed to be relatively simple. I did give the star cookie cutters a go, but after two cookies, I gave up -- I just couldn't get them out of the cutter with crumbling. Now, if they were 2/3's as thick, as they would've been if I'd used the right pan instead of being a lazy dish-washing-avoiding bum, would I have managed it? We'll never know. 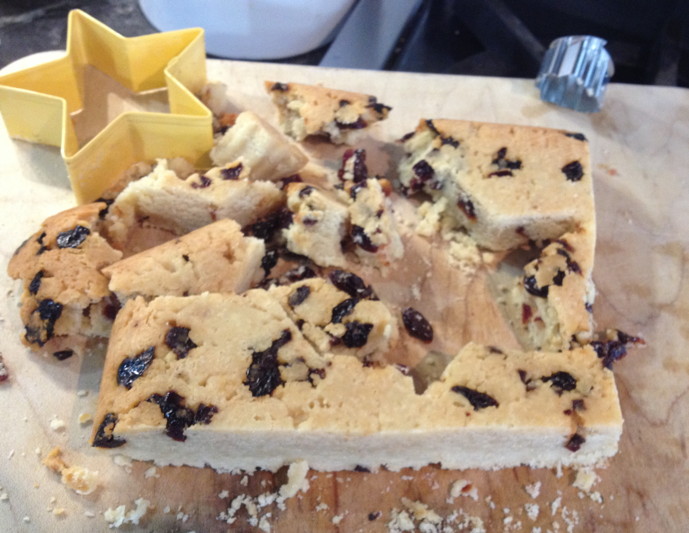 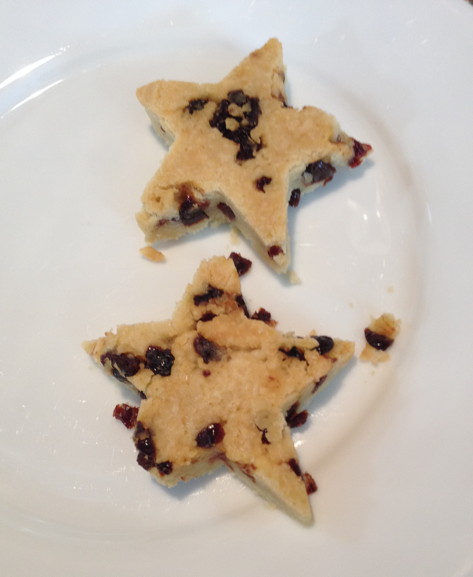 In the end, I cut the rest of the pan into squares, and that will work just fine for gifting and partying, even if it's not quite as adorable as cherry shortbread hearts. 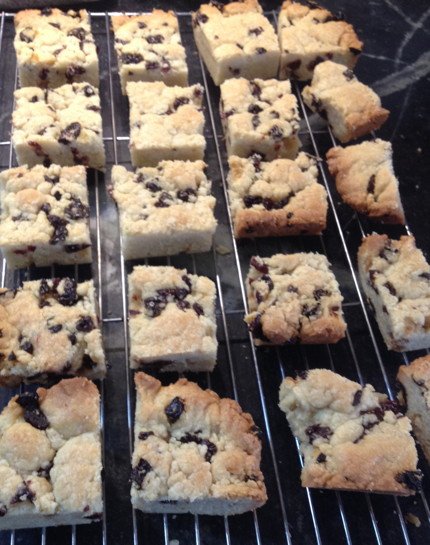 And, there IS a silver lining to this whole saga. See, the star-cutting involve quite a lot of wastage. Who wants broken cookie pieces for lunch? Mmm�. (This recipe is, btw, utterly delicious.) 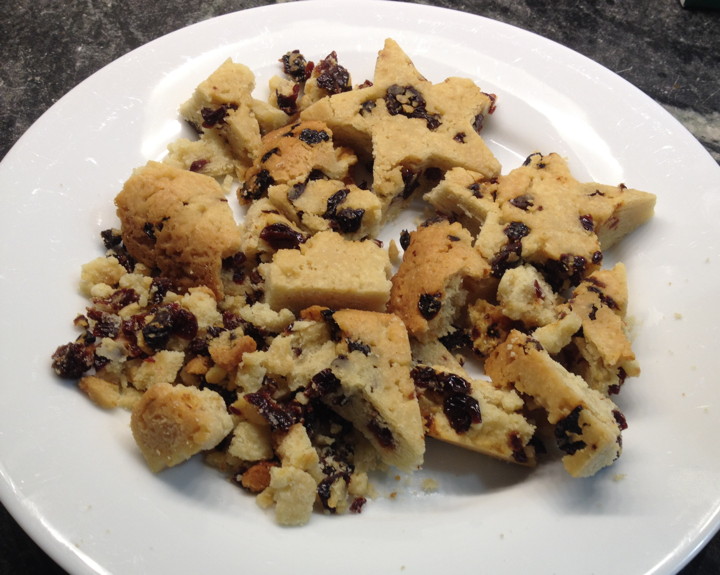