Facebook Instagram Youtube Twitter Patreon Shopping-bag
Menu
So far today, I have had curry for breakfast, drunk tea, watched a West Wing, planted the last of the three new lilacs, pulled some weeds (so many more to go), watched another West Wing, sorted laundry, got into a political argument on the phone with a friend, and dressed the children. More tea in a moment.

I've been frustrated by my lack of lilacs in the spring; I have a two little Korean dwarf lilacs in front, and they're lovely, but they're just not big enough to give off enough blooms for prolific cutting. And you know that in lilac week in spring, what I really want is to fill the house with lilac blooms. So when White Flower Farm sent me a note saying that they were offering three dwarf Bloomerang lilacs for 20% off the price of one (those garden mailings are VERY dangerous), I completely caved. The interesting thing about these lilacs (and the reason I got them over a taller variety) is that they supposedly bloom twice. Once in spring, and then again, starting midsummer, and going into the fall. Hence the lilac blooms pictured above. We'll see! (There's apparently a huge debate about reblooming lilacs.) 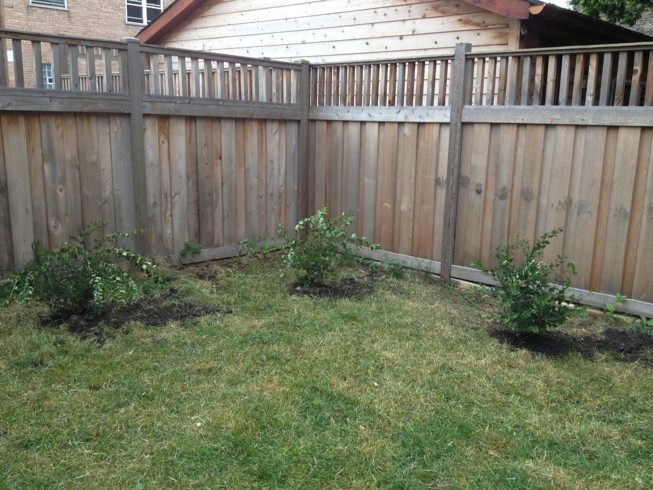 Now, I've just planted them, and I'm already wondering if they're in the right spot -- they only grow to 5' high, and in that corner, I could have actually put a tree, which would screen us a bit more from the neighbor apartment's windows. But on the other hand, we're hoping to plant veggie beds nearby next year, and there's already limited sun, and a tree would just make more of it. And we're never going to actually have privacy in our backyard -- there are too many overlooking windows, from three different directions. So I think this placement is okay. We'll see! They look so small over there right now, but I think they are going to grow and just fill that space. Grow, little lilacs. Grow! 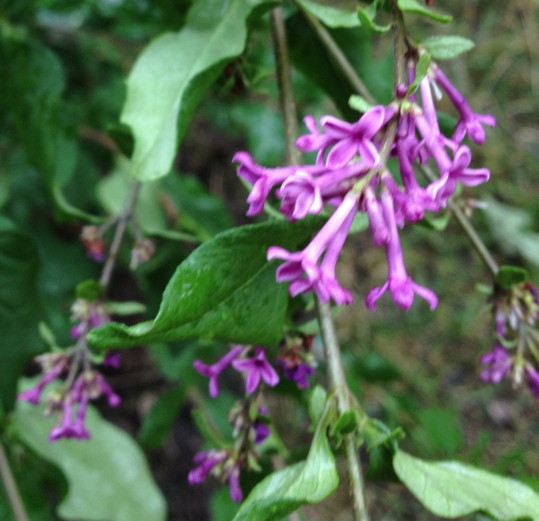