Halloween Parades and Trick or Treating 2012 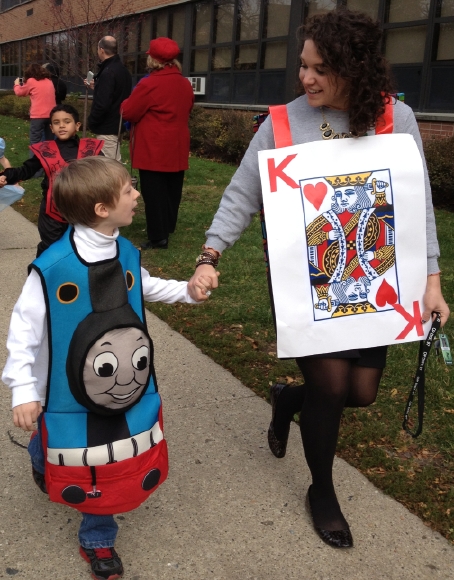 I just thought the superheroes were so insanely adorable. 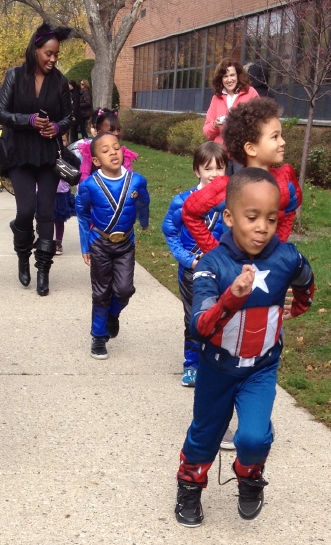 The whole class. The cuteness, it burns.

Two butterflies -- or possibly she was a fairy. Not sure, but they did both have wings. Kavi is clearly not the tallest girl in her class. :-) (She is also one of the youngest, so that's not so surprising.) 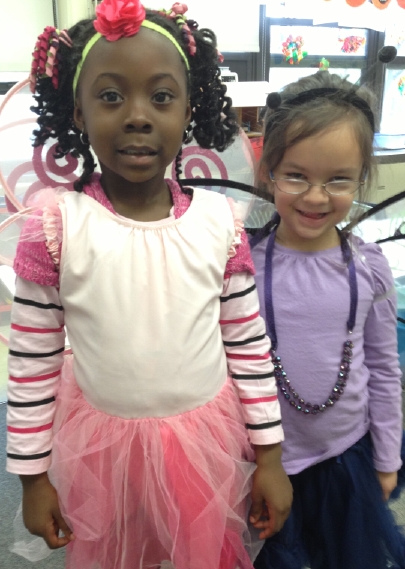 Okay, so Anand was going to be a bumblebee, but then he found this fireman hat in the school dress-up box, and decided it would be HILARIOUS to be a fireman bumblebee. Which, you know, it kind of is. My son is a goofball. 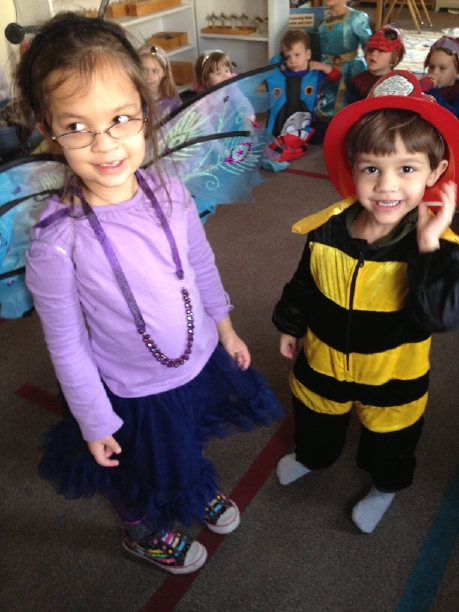 He does love his hat. 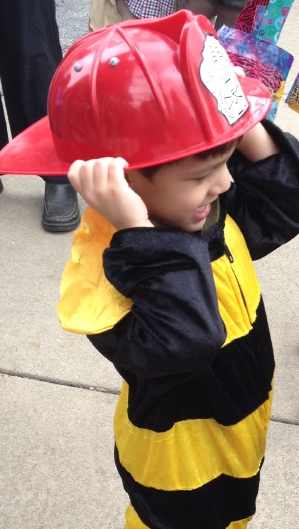 My kids were very excited to lead the pre-school parade (they kindly let Kavi march with them again as a school alumna, so she got TWO parades today). 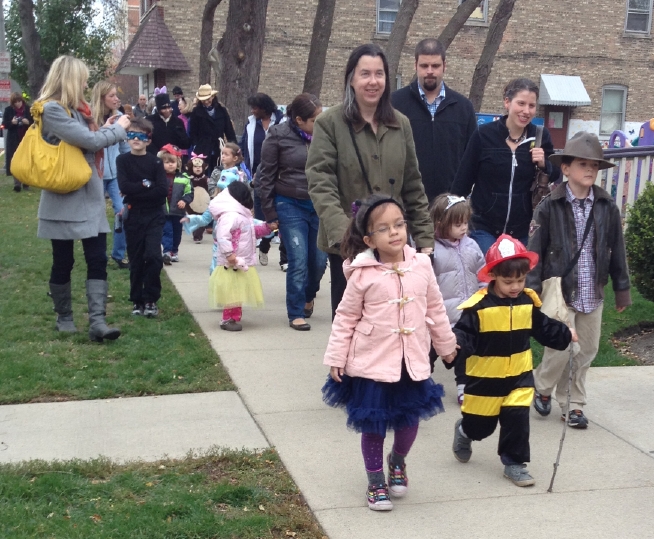 Still life with mask and wings. Waiting for trick-or-treating! 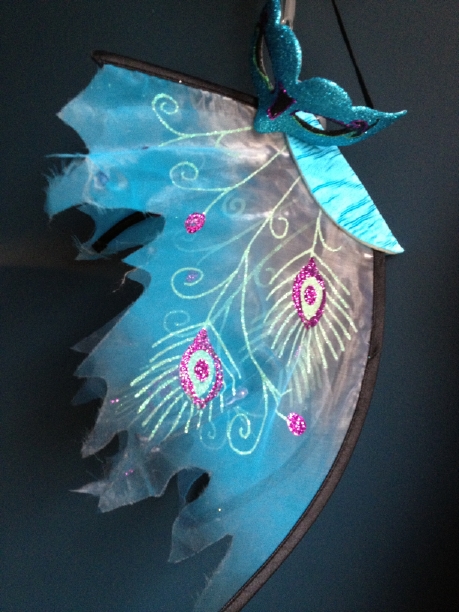 He was out of his mind with excitement. Lucky he didn't bite his tongue running like that. 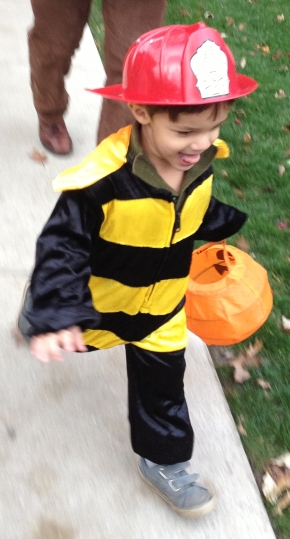 Kevin and I originally planned to do 'flying critter' costumes too, for a family theme -- he was going to be a bat, and I was going to be an owl. But deadlines and illness scuttled those plans -- oh well. I wore my bat socks, and a vaguely witchy outfit, and he managed to pull off autumnal. 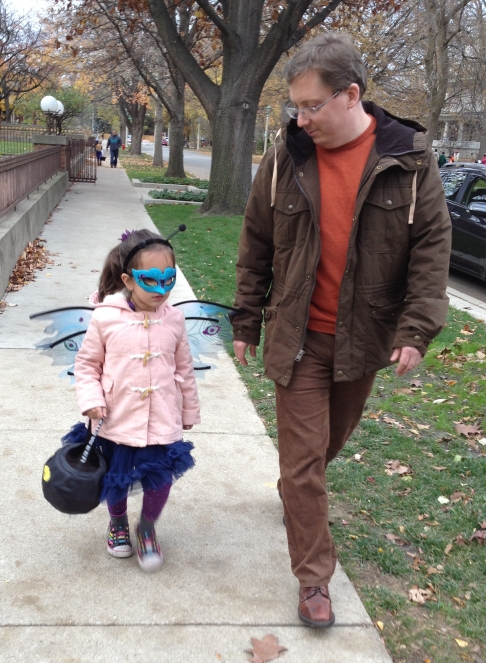 Anand impressed the neighbors by going up and down steps by himself. A lot. Fast. Sometimes multiple times at the same house. Though I think we managed to keep him from digging into the same candy basket more than once. Barely. 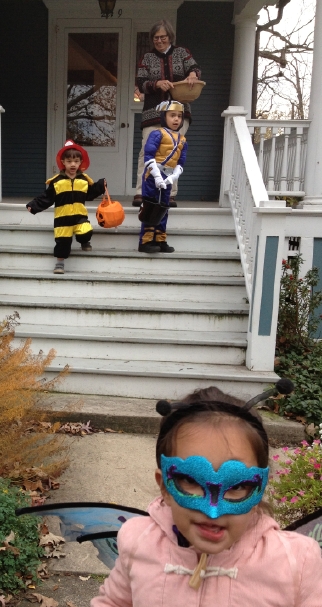 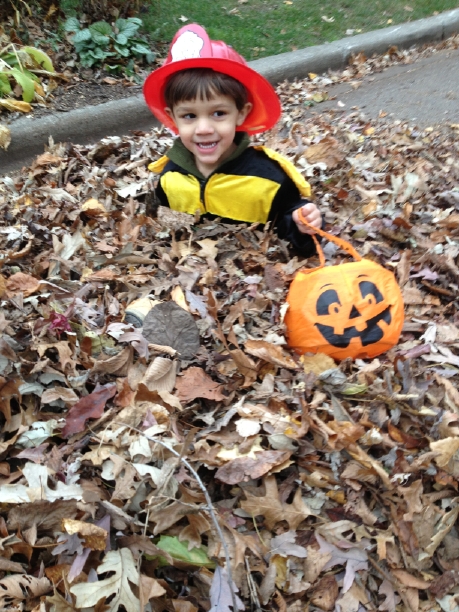 And off he goes. Kavi got cold and tired and was ready to stop reasonably early, but our son is indefatigable in his pursuit of sugar. 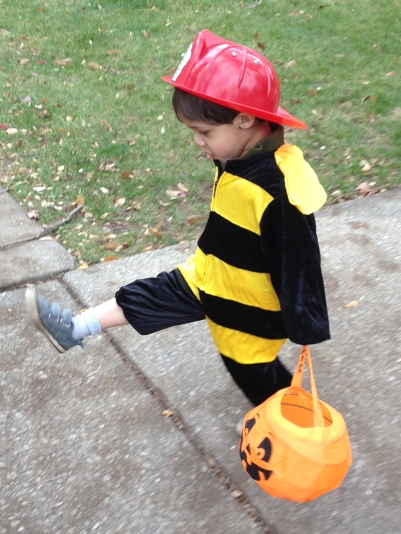