Facebook Instagram Youtube Twitter Patreon Shopping-bag
Menu
I took a basic sewing class (4 weeks of 2-hr sessions, $55) through the local park district with Angela Cataldo, and it was just awesome. I'd sort of known how to use my machine before, but now I know a lot more; I've made four projects (tissue pack cover, velcro-closure snack bag, buttoned and gathered cowl, and finally, two cushions for the playroom). I LOVE these cushions. 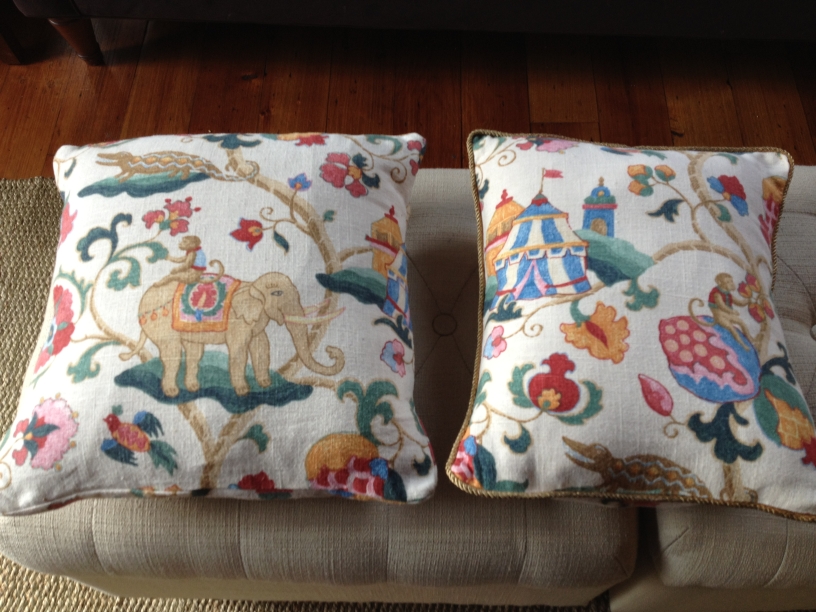 The fabric is a remnant I found online at Fabric Guru; 1.2 yards of P. Kaufmann Uzbek Jewel, which was enough for two pillows with possibly enough left over for one more (or something else -- maybe Kavi needs an elephant snack bag). It's insanely gorgeous fabric, and I was delighted to get it for a clearance price of $13/yd. It's typically $22/yd, although you might be able to find it on sale if you poke around. It also comes on red, dark brown, and black backgrounds. Here's a shot of the pillows from the back, so you can see the closure. 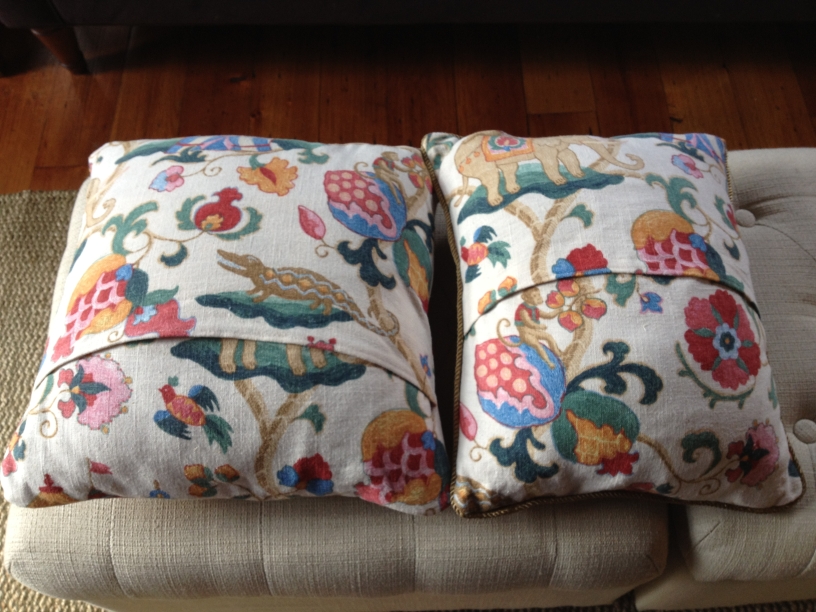 The basic pillow took about 30-45 minutes to make, and the piping version took another 15. I imagine I would get faster with practice. :-) I did one without piping and one with, and while piping is a bit of a pain, it's also charming. I have a mild temptation to add tiny gold tassels to the corners of the un-piped one, but I think the kids would just destroy them, so I'm probably not going to bother. Angela has a website with some tutorials, including a step-by-step for making these pillows. They seriously dress up my IKEA couch. 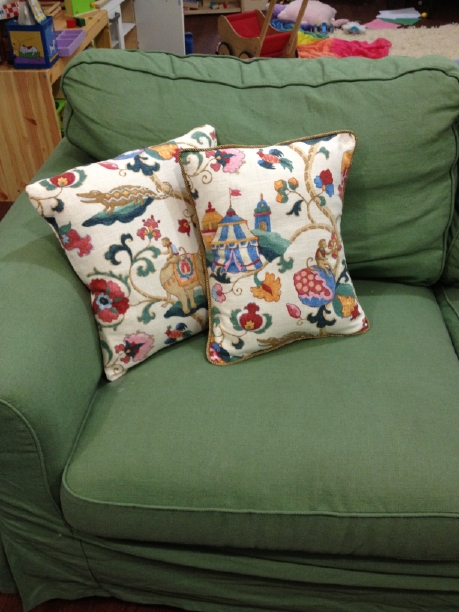 But anyway, very satisfying class; Angela's a great teacher. I've signed up for her December mending class, and I'm hoping to take her intermediate sewing class in the spring. I wish I'd learned how to sew properly at 20 instead of 40, but oh well. Better late than never! (It would be even better if I could talk Kevin into taking the class... :-)