Facebook Instagram Youtube Twitter Patreon Shopping-bag
Menu
I had a little meltdown last night because yesterday at the house, it was all things going wrong: Most days, I go over there, and everything is clicking along fairly smoothly. And other days, oy vey.

The worst news recently was that we got a competing quote from a second landscaper, and he thinks we should redo a bunch of stuff in the front yard (mostly rototill and add compost), which would among other things probably kill all the bulbs we planted last fall. Which would mean a couple of hundred dollars wasted, which, okay, isn't the end of the world, but it makes me cranky. I'm going to talk to Tonya and see what she thinks and whether we really ought to do that (and if so, why didn't we do it last fall in the first place). But in the meantime, I'm going to enjoy / pre-emptively mourn, the bulbs that are already coming up.

Crocuses. Not my favorite of the spring bulbs in shape, but I do love how early they show up. They seem to be first flowers in my yard currently. 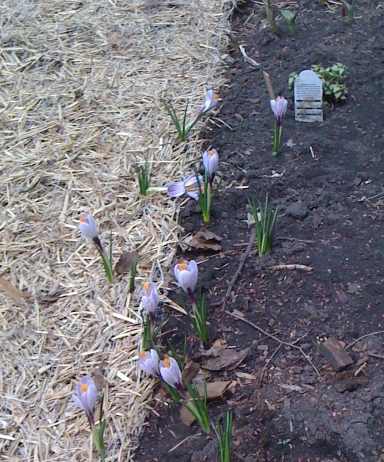 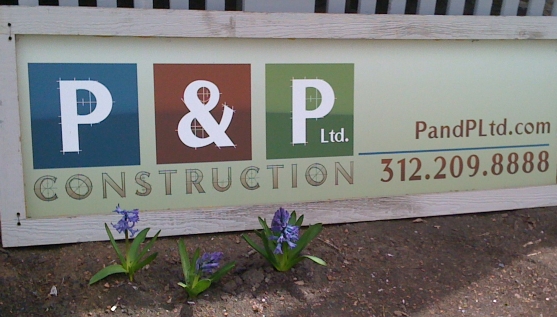 This tulip came up in the back, not one we planted. It's charming, and will be likely drowned in soil when we try to fix the compacting issue back there. 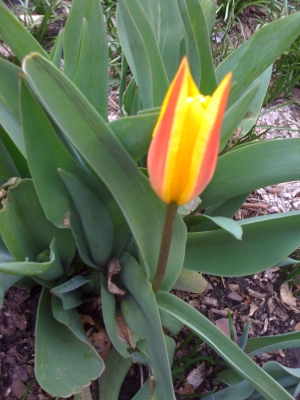 Some of the scilla will probably survive, I hope, since we have a ton of them and they came with the house. I love them. 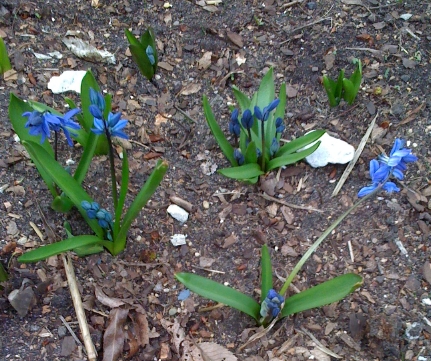 If we do rototill, I think we can pick up and move the perennials temporarily, so this foamflower should be safe. Hopefully. 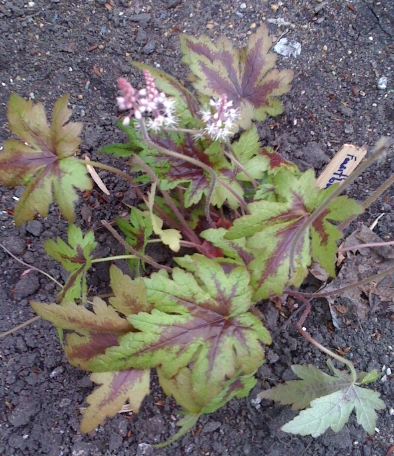 And this is the pot I planted -- lavender in the center, three stocks, pansies, vinca. I'm happy about this one, at least. The lavender will grow up another foot, the vinca will trail down. The pansies will only last another month or two, but they're charming and will be easy to replace. I mostly want to garden with perennials, but a few cheerful annuals in a pot are also nice. 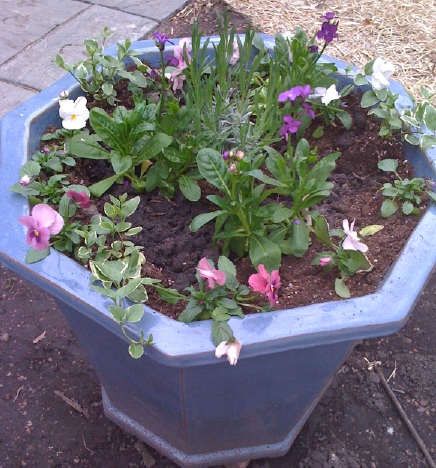 But see those white crocuses? Not likely to survive. Sigh. 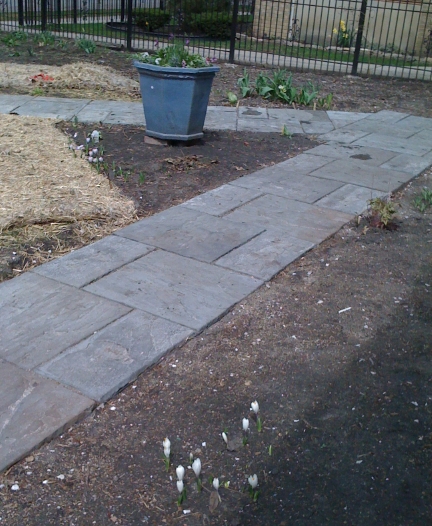 Kev calmed me down after my meltdown. It'll be fine, I know, and oodles of stress are to be expected in the next few weeks, and I should just try to ride the waves of it and not give in to panic. It's always that way even with a normal move, and this is anything but normal. Just reminding myself to breathe. It's just a house. It's just a yard. If two colors clash a bit, it's not the end of the damn world. Yes, I've gotten insanely invested and obsessive over this project, but maybe it's time to relax and take the kids to the zoo with the grandparents. And just chill. It will all be well.

7 thoughts on “I had a little meltdown…”