Facebook Instagram Youtube Twitter Patreon Shopping-bag
Menu
I cooked cauliflower curry and mushroom curry last night, coconut sambol this morning, tilapia curry this afternoon, and eggplant sambol tonight. I love seeing the pyrex dishes stacking up in the fridge; it makes me feel super-domestic, being so prepared for my dinner party. In another life, I would be canning masses of vegetables by now, for all my winter needs, and it would make me so happy. If I weren't very tired, I would be very tempted to go make the kids' buttery chicken dish now, because it's so simple. (Melt butter. Add chicken.) But that's probably unwise, given the tired.

Today was fairly productive, given that Kavi was home sick. Tried to take it easy and chat with friends while cooking and cleaning; chatting makes domestic tasks much more pleasant, although it would have been even better if said friends were actually here to share a cup of tea with me in between tasks. Pfui. Still, I cleaned off the disaster that was my desk, researched clawfoot tubs (per previous entry), took out the trash, took the kids to the park for an hour with Kevin and Ellie and lay in the shade under tall trees, unpacked two boxes and broke them down, made notes for the next scene in my novel (didn't actually manage to write it, bad me), got some groceries for Saturday, and stopped at Bed, Bath & Beyond, where I returned some things and purchased others.

I really take vast pleasure in tiny home improvements. For example, the dishwasher is somewhat broken at this house -- the top rack is missing a metal bar, so the rack can't actually be inserted in there. Which makes the dishwasher only half as useful as normally, and it's small to begin with and doesn't work that well. So we've been mostly hand-washing dishes, and using the top of the dishwasher as a dish rack. Well, today I bought an actual over-the-sink dish drainer, which makes great use of the left divided sink (I know some people love 'em, but I hate divided sinks, which for me, just a) waste space in the tight kitchens, and b) make it almost impossible to wash large pots). Plus a little cutlery holder, which is so much better, because before, the cutlery kept falling through the holes in the dish rack to the sink below, and it was a pain to fish them out. A massive improvement, and I can even take the drainer with me to the new house and happily use it there in my future farmhouse sink. Love it.

Also got a white shower curtain to replace the ugly one in the kids' bath, a white washable bath mat so the children are less likely to slip and kill themselves getting out of the tub, metal shower curtain rings to replace the plastic ones (a tiny but affordable luxury, since I didn't really need to replace those), some white flour sack dishtowels (as all of mine have mysteriously gone missing), and a box to hide the power strip and cables so Anand will stop trying to eat them. The box (from a local store, not BB&B) was kind of pricey, but much less so than replacing power cables. Or replacing an electrocuted child. Can you kill yourself sucking on power cords? Let's not find out. It also looks much neater next to my desk, which is a nice bonus.

Did I tell you that I'm thinking of trying to paint an octopus mural in the kids' bath? Something that looks sort of like this, but without the eyes, or this. Very 20,000 Leagues Under the Sea-esque, which seems appropriate for a Victorian house. The plan would be to draw it first, then scan it in, print it on transparency, borrow a projector, project it on the wall, outline in pencil, and then paint. I think that shouldn't be too hard, right? Someone with truly minimal drawing skills should still be able to copy an octopus, right?

What I'd really love is to also do Captain Nemo's submarine, but I'm afraid that would be beyond my talents. Sigh. I wish I could hire my college roommate Marg, an incredible artist, to fly out and paint it for me. Ah well. 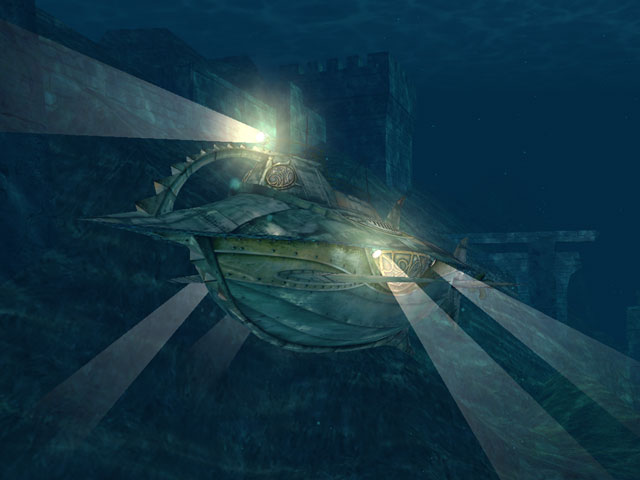 3 thoughts on “I cooked cauliflower…”