Facebook Instagram Youtube Twitter Patreon Shopping-bag
Menu
Yesterday, Jarmila asked for the day off, because she was just too tired. And since I didn't actually have to be anywhere for once, I stayed home with the kids, and managed to survive it, though I was pretty tired. Today, it was good painting weather (which is a little unpredictable in Chicago spring), so once Jarmila arrived, I headed out. I stopped at the paint store and got paint, stopped at Menard's and got loppers, went to the house and pruned a sadly-neglected bush, and put some more colors up on the side of the house.

The upshot is that I have so far not managed to answer any of my backlogged e-mails, or do any writing, or put away my laundry, or even talk to anyone on the phone. But I did get to spend some time with the kids, which was nice at points, and I got to get a little further on the house color selection process, which was productive. So that's something. It doesn't feel like vacation yet, because I am so far behind, but it's getting there. (Plus, I have a pile of grading coming in on Tuesday, so I'm not actually done yet.) Anyway, a reward for listening to my ongoing kvetching -- cute photos of kids.

First, Kavya and Anand separately, from yesterday -- it may be hard to see, but the robot on Anand's onesie is playing guitar. I love that. 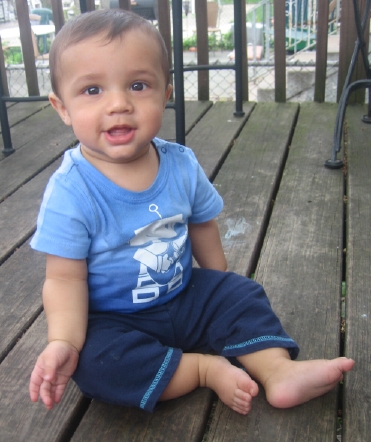 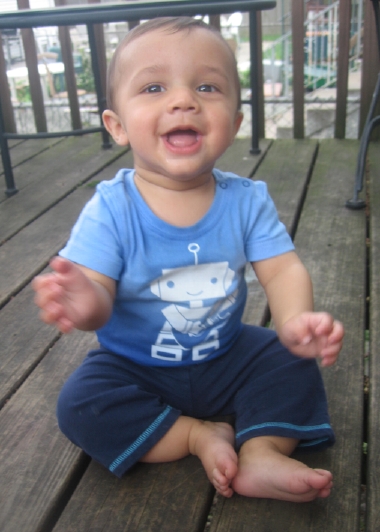 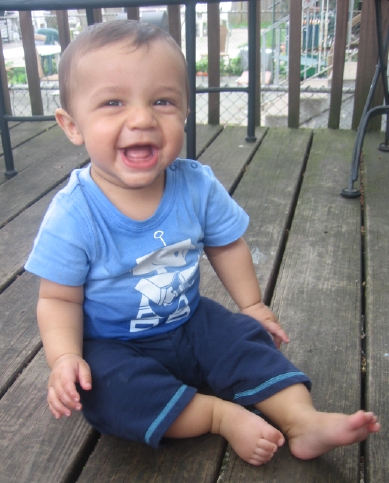 Kavya's hair is pretty chaotic here, not because I am incapable of wielding a brush, but because it was super-windy yesterday. She loved it. I think my daughter shares my wind obsession. 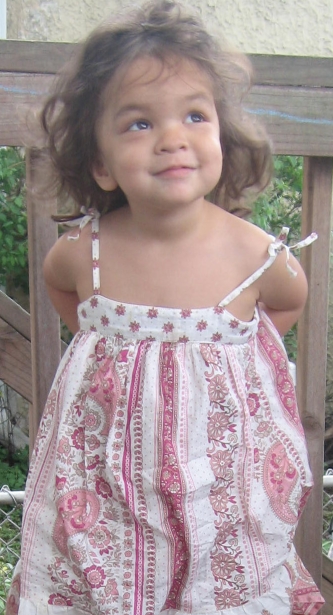 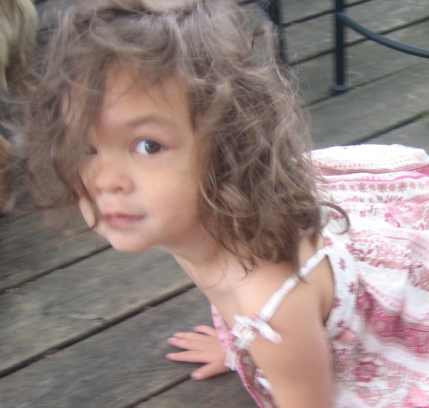 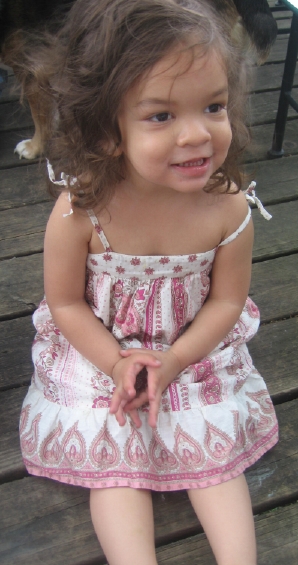 Then, the pair of them, from today. Kavya actually demanded that I take photos of them together, plopped down next to Anand and held him in place as needed. At various points during the photoshoot, Anand attempted to steal Kavya's doggie, but she defended it and emerged triumphant. She's been doing a lot of that lately. Sharing is not Kavi's favorite thing ever -- although she's pretty good about going and getting Anand another toy after she takes away the one that he actually wants. Which usually suffices -- or else he just wanders off to go find another one for himself. Did I mention he's effectively crawling now? Eep. 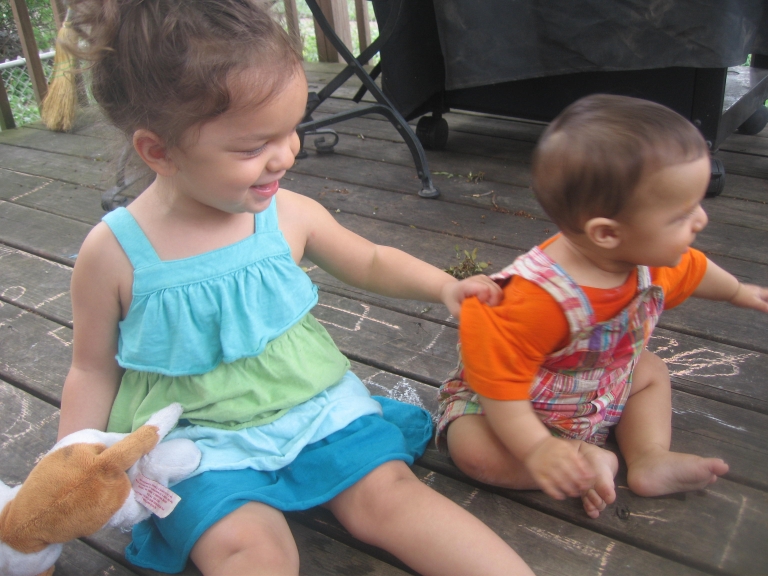 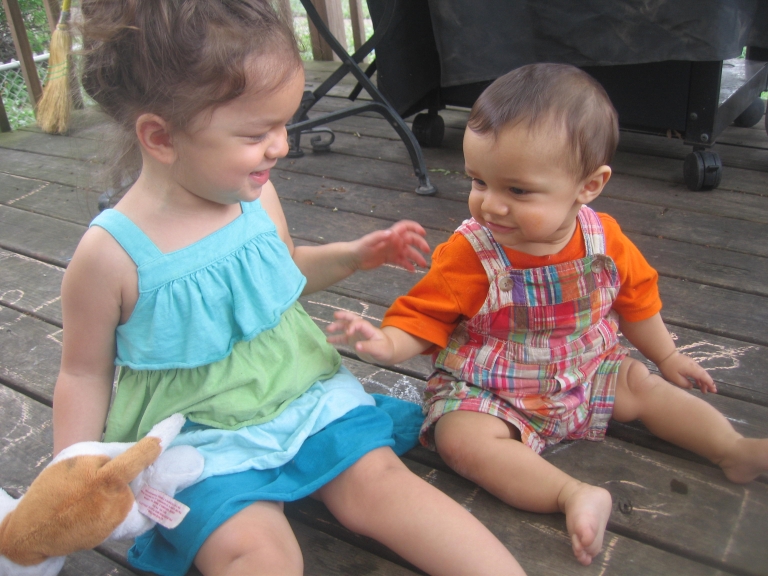 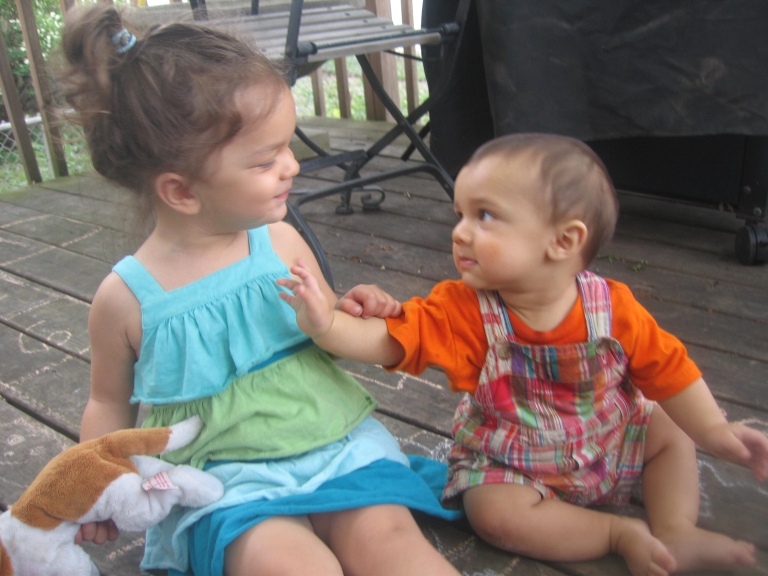 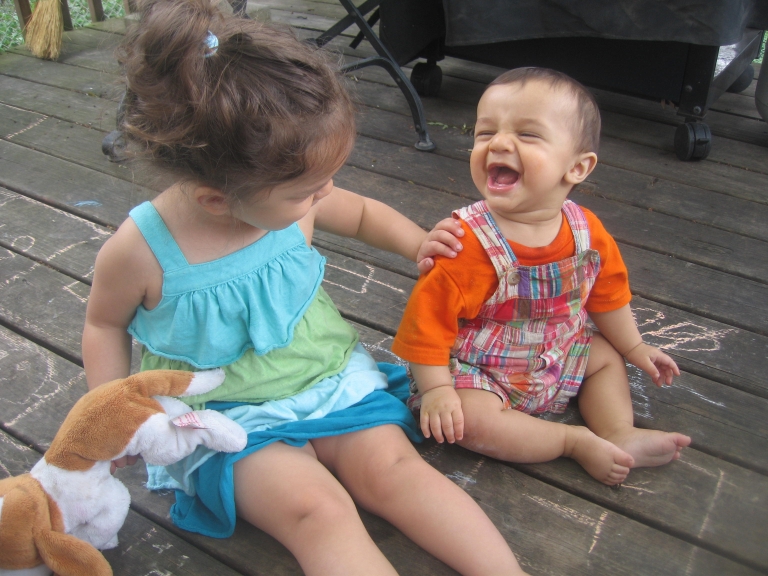 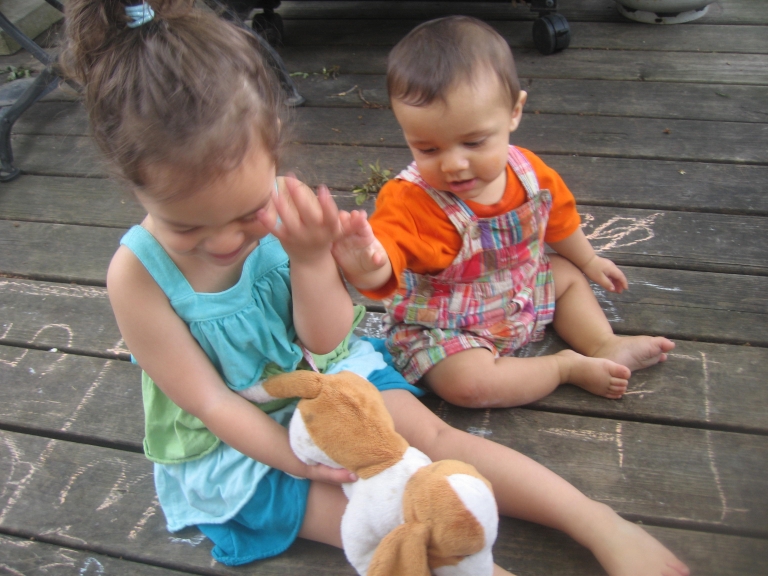 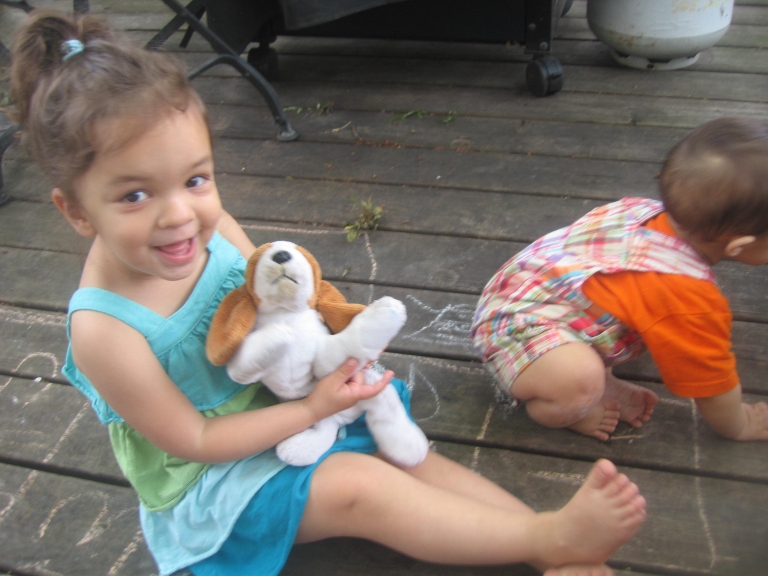 And these three are actually from a few weeks ago, when we took the kids on a walk. Kavi in one of her more pensive moods. I love the last picture so much. 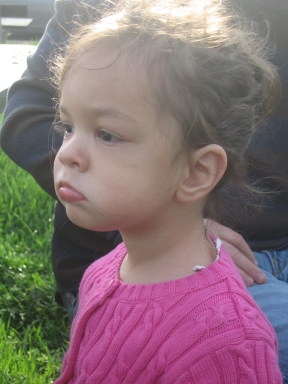 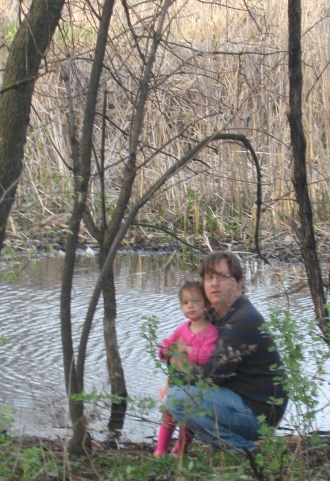 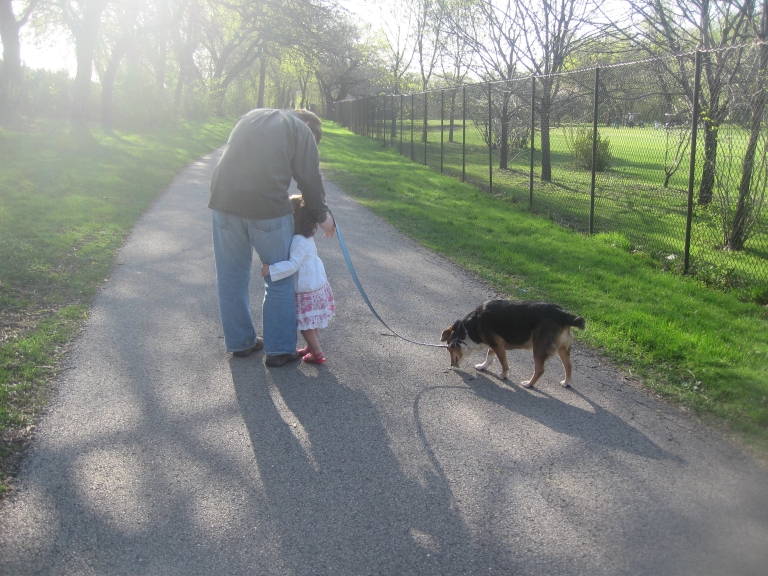