Facebook Instagram Youtube Twitter Patreon Shopping-bag
Menu
I decided to do a somewhat more restrained Christmas this year. Most years, I end up spending more than I probably should on decorations and lights and fresh greenery. This year, money's tighter, and it also seems a little silly to get a big tree when we're going to be gone for half of December visiting Kevin's folks (we leave next Wednesday, and won't be back 'til New Year's). Kevin also tends to argue with me about the whole real tree thing, citing effort and maintenance and clean-up and such. Normally I just ride right over his objections because I am fervently committed to a real tree, but this year, I took all that into account, along with the likelihood of Kavi pulling down the ornaments and/or tree, and decided that for just this once, I was willing to forego an indoor tree.

Luckily, we have a balcony, so for less than twenty dollars, I was able to get a nice spruce top to stick into a big pot. Decorated with tinsel, unbreakable globe ornaments and lights, I'm quite pleased with it. And you can see it both from our living room and from the street, which is nice. 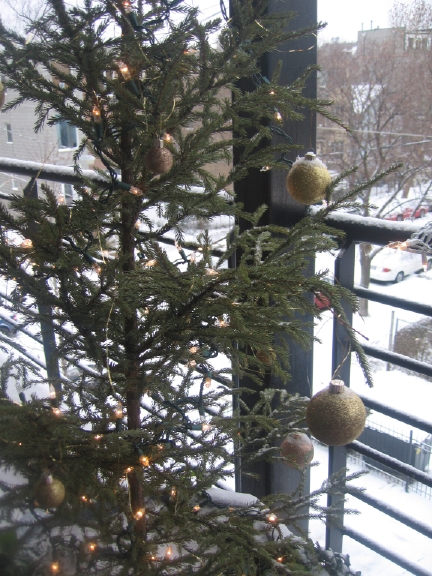 Pulled out some of the stored ornaments and displayed them on ornament stands; I quite like both the silver set, and the peacock tree (with three separate peacocks on it, in addition to all the peacock-colored ornaments). 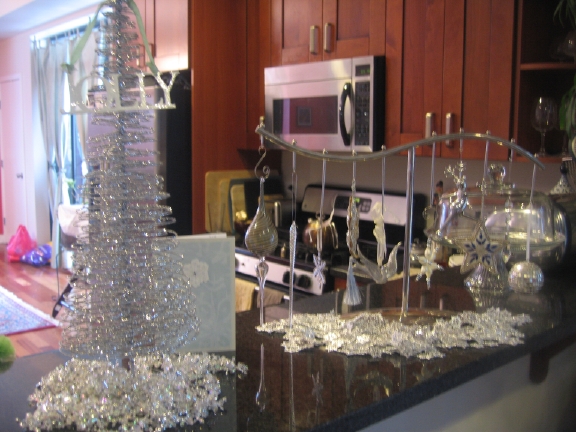 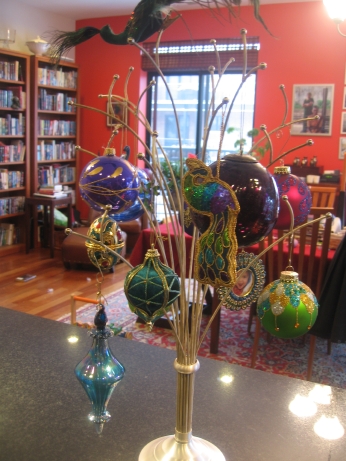 I'm apparently incapable of getting through the season without spending a little money on decorations -- I picked up a few silver and gold throw pillows at Target, so now we have a seasonal change in our living room too. I really like changing the linens color scheme with the seasons; it's a relatively inexpensive way to redecorate, and it helps mark the change of seasons, which was something I really missed while living in Oakland. As much as I complain about Chicago winters, I do like actually having a winter. 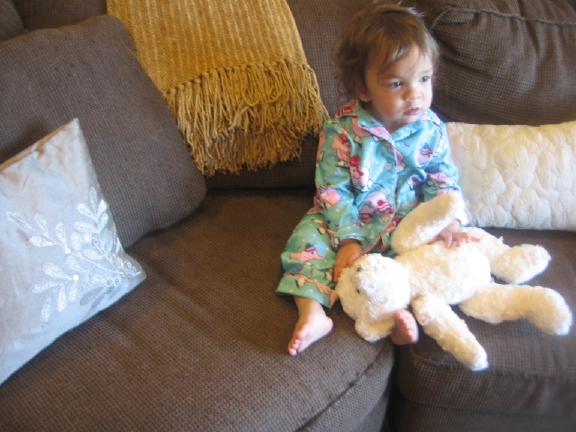 But mostly, I love Christmas. 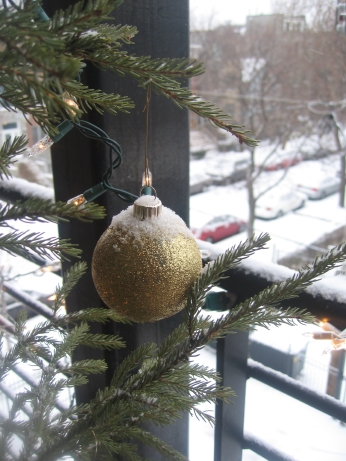