Facebook Instagram Youtube Twitter Patreon Shopping-bag
Menu
I finally got around to uploading and editing the photos from Sujata's birthday party, and among them, I have a few pretty nice head shots -- which reminds me that I really should introduce you to my friends properly. So here's the local gang, minus Nilofer, who arrived late to the party, when it was too dark to take photos... 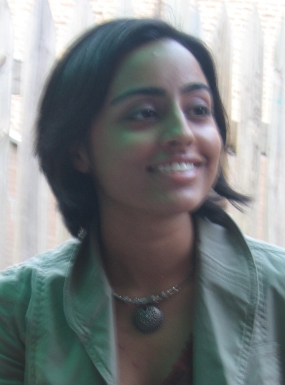 The birthday girl, Sujata works for the government in public policy, and did her undergrad work at the U of C (just like me). Sujata's planning on spending the next year in India doing work in the community. She's the idealistic type. :-) 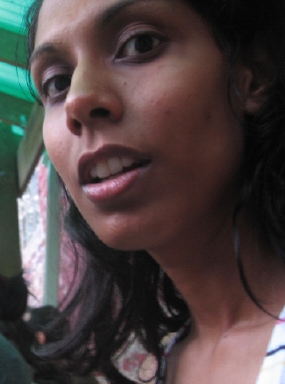 Lakshmi went to college with my sister, Mirna, but we didn't meet that way -- she'd actually run into my work on the internet, and knew me through that when she met me at a SAPAC meeting. She does more things than I can count -- from Chicago Public Radio to bartending to writing to massive volunteering for SAPAC (often in areas like voter registration in immigrant communities) to a new project, doing marketing for Swap Simple, a way to exchange books, movies, music. Try it -- you might like it! :-) 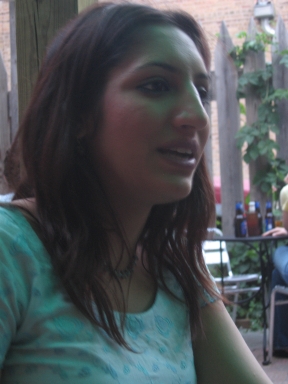 Sophia's been doing tons of work for DesiLit, which is especially appreciated since she isn't at all interested in being a writer herself. She was an English major in college (in Britain), and just loves literature. :-) Sophia grew up in Pakistan, and has only recently moved to the U.S. She works in PR, but her real ambition is to be an dealer in South Asian art. Visit her gallery at Blank Kanvas. 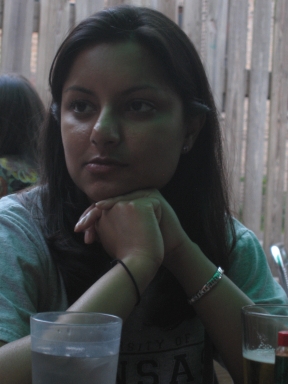 Devi is one of the writers in the group; she came to Chicago to do an MA in writing at DePaul. She's from Kansas, and has heard every Dorothy joke you can think of. She's currently working on a suspense/horror screenplay about civil war ghosts in Kansas. She doesn't usually look so serious. :-) 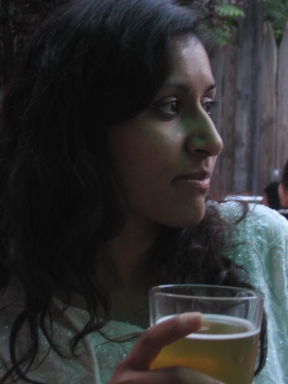 Satya was born and raised in India, and has the cutest accent -- which oddly disappears when she sings in English. Although she was trained as an engineer, and still does computer work for her day job, she's a singer and artist (I own one of her paintings), and spends most of her evenings rehearsing or performing with various groups. Someday soon, she's going to start her own ensemble; we can't wait. Saturday, Sujata and I coaxed her into singing Sting's Nothing Like the Sun up on my roof, and I swear, she sounded like a female Sting. Very cool. :-)

And since I know some of you guys are curious: single, has a boyfriend, married, single, married. Respectively. :-) And I'm pretty sure they're all straight, oddly enough.