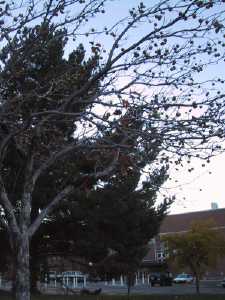 Hey, munchkins. So my conference is over, and it went swimmingly. I realilze that I haven't told you much about it up 'til now (I've talked to Kevin and David and Jed about it in the last two days, and none of them had heard much of anything about it, so apparently I have been uncharacteristically reticent on the subject). Just busy, I guess, and while I've been having weekly meetings about it for the last year, they've been of the sort where small things are done incrementally, at least up 'til the last few weeks. Didn't have much impact on my life until recently.

The conference was entitled "Expanding the Interdisciplinary Conversation", and was a joint humanities graduate conference. There were ten of us on the conference committee -- five or so from English (because it started in our department, and we're the largest of the humanities departments on campus) and a few from Communication, and one each from History, Philosophy, and Languages/Lit. No one from Linguistics this time around -- maybe next time. We had about a hundred people attending (possibly more, since there were seventy or so people at each keynote speech, and I'm not sure how much overlap there was), with a couple from Canada, and one from Australia! An international conference... (Karina, the Australian girl was from Melbourne, from Monash University. :-) She was here studying sexuality and gender in the LDS church...) Also people from Colorado, Maryland, Ohio, and elsewhere. Some of our long-distance people sadly cancelled due to fear-of-flying, but I suppose that was to be expected. A couple of academic conferences have had to just cancel recently because so many people were afraid to fly. I don't really understand it, but what can you do? Humans are irrational, and I certainly have my own neuroses.

The only real problem with it all is that for the last several days I've not gotten enough sleep, and I'm now moderately ill again. Very weak, sore throat, wobbly muscles, etc. Nuisance. I'm taking today off, doing no work whatsoever. But that really just means academic work; I can't stand how messy my place has gotten, so I've been doing small housekeeping tasks. The dining room, living room, bathroom, and sunroom are now back to civilized states. The bedroom shouldn't be too bad, but my kitchen -- oh, I'm scared of my kitchen. Massively overflowing trash, and gross stuff growing in my sink. Ick, yuck. 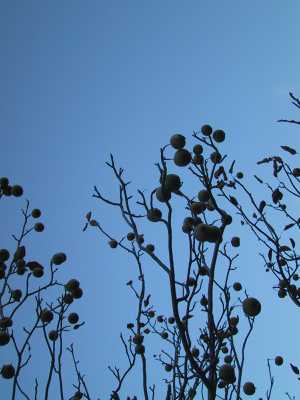 I may go back to reading again. The sunroom is such a pleasant place to read in; I have one of those viney green office plants that just grew enormously over the summer, so it had a big puddle of vines and leaves reaching down to the floor. I bought little hooks a few days ago, and have now got it trailed up along the ceiling and down the walls and bookshelf. I moved my papasan chair around so it's now facing the windows and books and plants, so the sunroom is more of a divided space; half a work-space, half a pleasant reading nook. Lovely. I sat there for hours this morning, finishing the last of the Michelle West big fantasy novels (quite good!) and drinking some new Stash tea. I had gotten David some of the Exotica line for Christmas a year or two ago, and when I tried them at his place, I really liked them. So I just ordered some Exotica Reserve and some Assam Breakfast -- only a little pricey, and oh, so tasty. :-) Shmuel, you might like the Reserve; it's a tasty blend of stalwart teas. I find that I really prefer the hearty teas -- even a Darjeeling is a little delicate for me, ditto Earl Grey, and as for all those frail little green teas -- well, maybe with sushi. Otherwise, give me a nice cuppa strong tea with milk and sugar, the way tea was meant to be drunk. I knew the Brits were good for something...

Hmm...I seem to have developed the hiccups while writing this entry. I think M'ris may be contagious, though mine don't seem as brutal as hers. Usually I can get rid of 'em by just sipping a big glass of water, as continuously as possible -- I think it changes my breathing patterns enough to interrupt the hiccups? Anyway, I'm going to go try it now, since this is annoying and is starting to make my stomach muscles (such as they are) hurt. I'll leave you with this fabulous little tree; I was walking to the conference to set up breakfast (they put me in charge of food -- clever people :-), and even though I was late, I just had to stop and take a couple photos of this tree, its leaves gone -- just bare branches and tiny crab-apples, reaching to the sky.