Portrait of a library board member who should be tired after the meeting ran an hour longer than normal (yes, I just got home at 10:45 p.m.), but who is actually still kind of buzzed from arguing about the budget for three hours. Okay, we didn’t argue about the budget for the whole meeting, but for at least a solid hour of it. And with more to come.

If you had told me that arguing about how we set priorities for the budget of major institutions would rock my world, I would have…I don’t even know. It would have been unimaginable to me. Fiduciary responsibilities turn out to be fascinating, because in the end, it’s all about people. 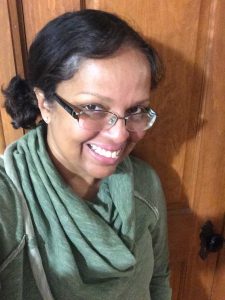