If you don’t mind learning a slightly complex game (I’d say this is a bit more complex than Settlers of Catan, but not as complex as Terraforming Mars), I’d recommend Wingspan, especially if you love birds and/or would like to learn more about them. Jed and I played two games yesterday, and enjoyed it!

There are two ways to play, one where you’re scoring points separately to see who ends with the higher score, and one where you’re directly competing against each other (haven’t tried that yet). The game has a particularly nice mechanism for intro-ing it to beginners, where they walk you through the first four moves for each player, and in the process, demonstrate all the action options. It took us about an hour-and-a-half to learn and play the first game, I think, and maybe an hour to play a 2-player game after that.

Generally beautiful production values, and lots of cool facts about birds in the process. This would be a great game to play with older kids to help them engage more with nature. Nature is not always nice, though — I had a Cooper’s hawk I was playing yesterday, and when I turned up a bird card that was less than 50 cm, my hawk could ‘eat’ it for points. 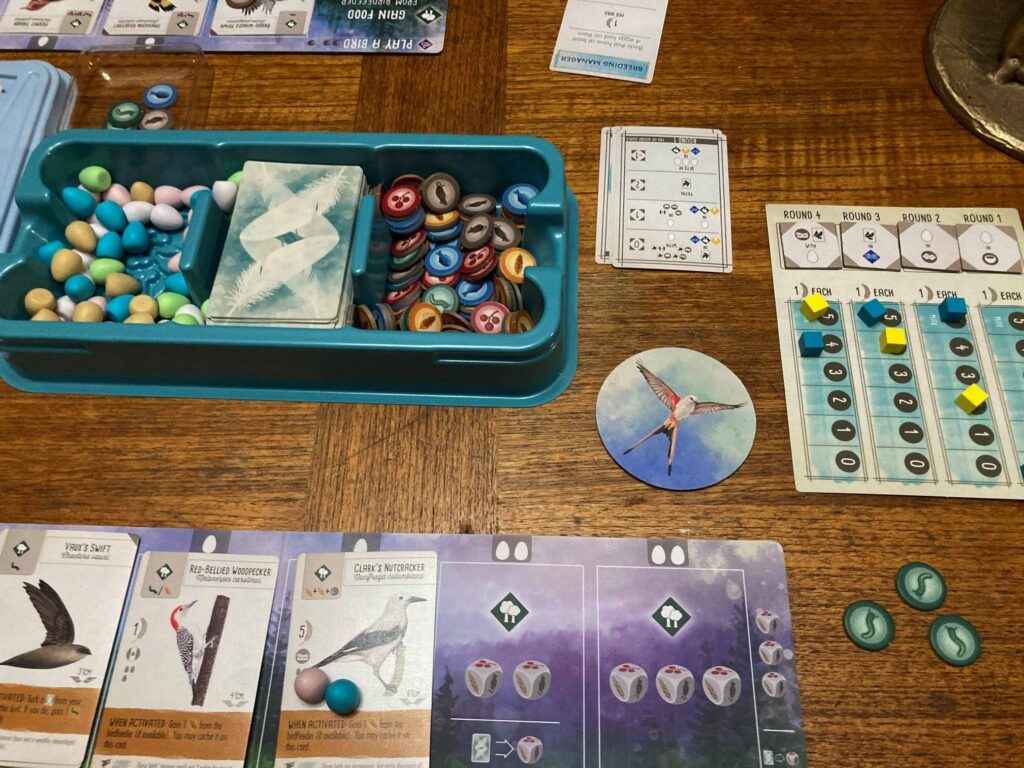