I like this photo of Jed, with the late afternoon light streaming behind him. The Game Master!

Jed and Kavi and I played two rounds of a new board game recently, “Ceylon,” which yes, is based on Sri Lanka.

Now, technically, you’ll playing as the owner of a tea plantation in the 1800s, which probably makes you a white man, and I’m guessing it was not developed by Sri Lankans, given the company and the wide range of other games they put out….but there’s nothing explicitly in the game itself that’s problematic, and we had a good time playing it, so recommended.

I got to eat samosas from Wise Cup while playing last night, with their delicious homemade cilantro chutney so that added a little extra fun. Also drank tea through both games.

Jed wrote up some longer things about the game mechanics and playing with Kavi, will link to them in comments. It’s reasonably quick to learn, and nice fast gameplay once you get the hang of it; you get to do things on each others’ turns (what we started calling sub-turns), which is a nice mechanism for keeping everyone engaged. Ages 10 and up. 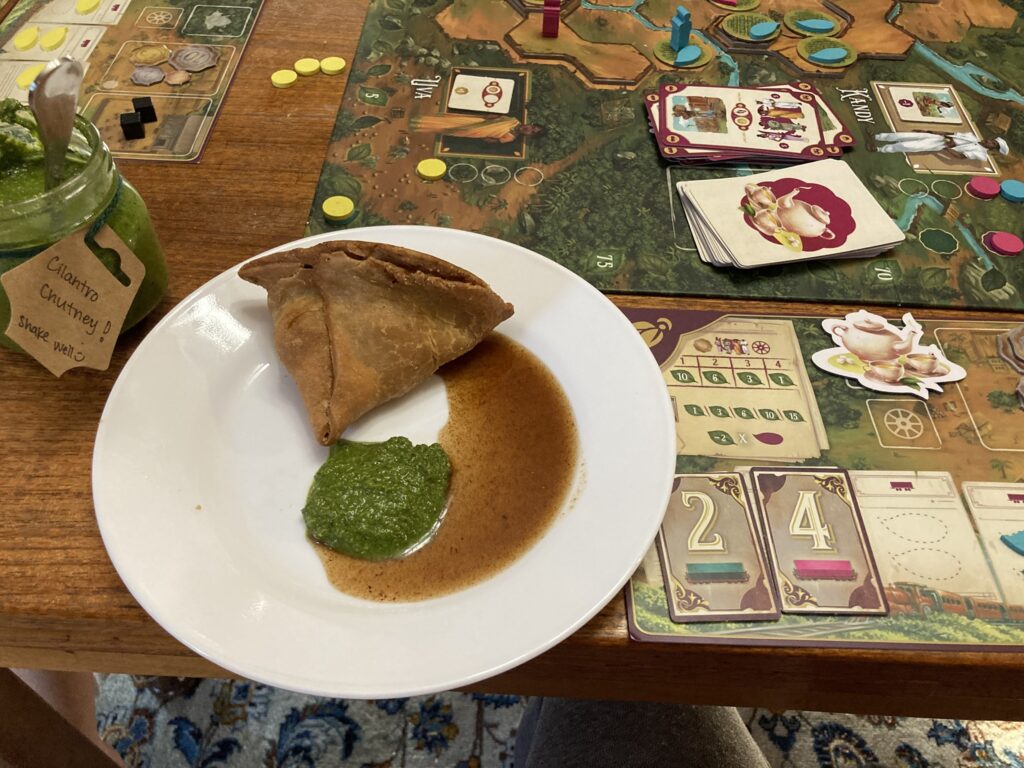