Okay, I swear, we ordered a moderately reasonable amount of food for two people.

– AND three desserts (one gulab jamun and two others that I’m not sure what they are, maybe kheer).

And hey, even though I was full, I ate the gulab jamun, because I’m not made of stone, people. But for the record, we didn’t actually order quite this much. Guess they were feeling generous tonight! 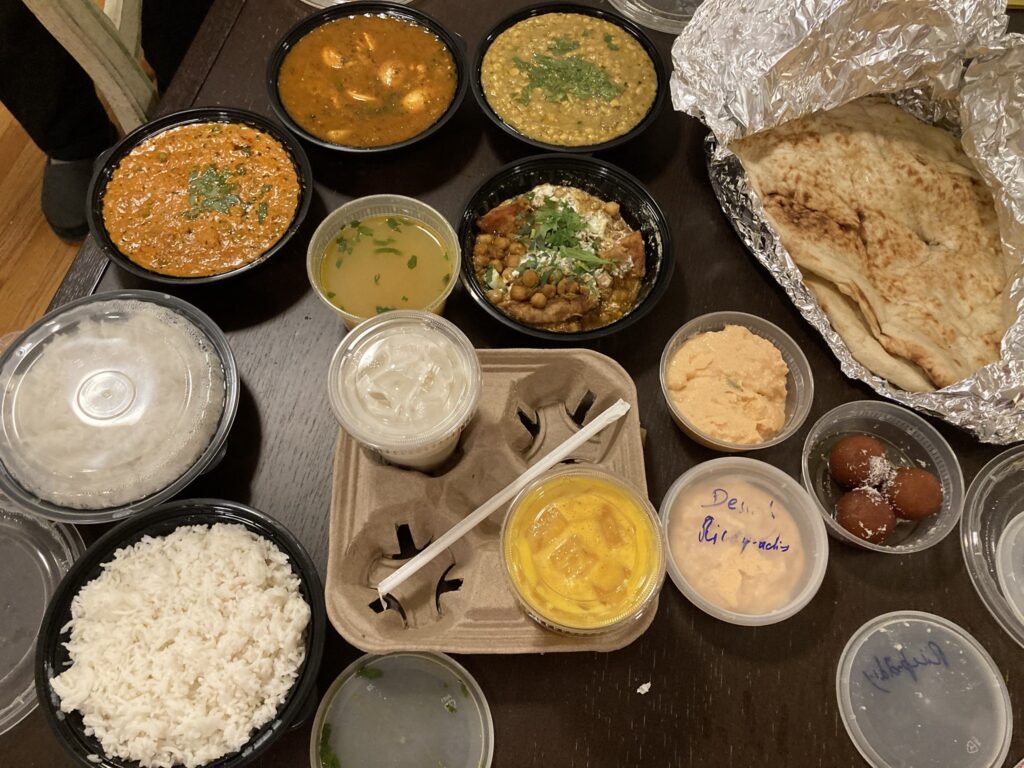