I spent a while on White Flower Farm’s hellebore page, deciding which hellebore I wanted to add to my collection (photo at left from last spring). Hellebores are expensive — generally about $25-$30 each, which is pretty high, even for a perennial. I’m assuming that’s mostly because it takes some time before they’re large enough to start dividing.

I bought a hellebore when we bought this house — I couldn’t do much gardening that first year, because we bought the house as a foreclosure and did a gut renovation on it, so the yard was entirely churned up by machinery. But I tucked one hellebore against the front steps, and hoped it was sufficiently out of the way to survive.

It not only survived, but thrived, and about five years on, had gotten big enough that I could start dividing it. I’ve generally added one more hellebore each spring, so I have a nice assortment now, and as a bonus, have started divided the older ones to trade with other hellebore fanciers in the neighborhood.

If I were going to recommend a gift to someone who has just bought a new house, it would be a hellebore. Subtle beauty (most have flowers that tip down, so you only see the full glory if you cut them and float them in a bowl of water), long season of bloom, leaves that are pleasantly green through the rest of the year, except perhaps the very dead of winter.

They tolerate almost full sun to almost full shade, but prefer partial shade — you can plant them near trees, because they bloom early, before the trees leaf out.

Easy care — water them in well the first season as they’re getting established, and then you can mostly forget about them going forward, though I’d give them a little water if it gets really hot and dry in high summer. You don’t have to divide them, either — only if you want to start trading, or spreading them into other spots in your garden. Their leaves do get a little raggedy by the end of winter; I usually go around and trim those off, as the new growth is emerging. It’s very satisfying and easy work, since you get to be excited about the buds you find.

Just all around, a terrific long-term investment, a perfect pairing for a house. They’re the first perennial to bloom, so along with the snowdrops, a wonderful sign of winter ending.

The only difficulty is picking which one you’re going to add… (I went for the second from the left in the bottom row this year, part of the Winter Jewels line, name “Jade Tiger”.)

NOTE: Trader Joe’s often has simple white hellebores in winter for notably cheaper — they’re lovely indoors in winter, and you can try planting them out in the spring, but there’s a good chance they won’t survive, since they were forced for winter blooming. 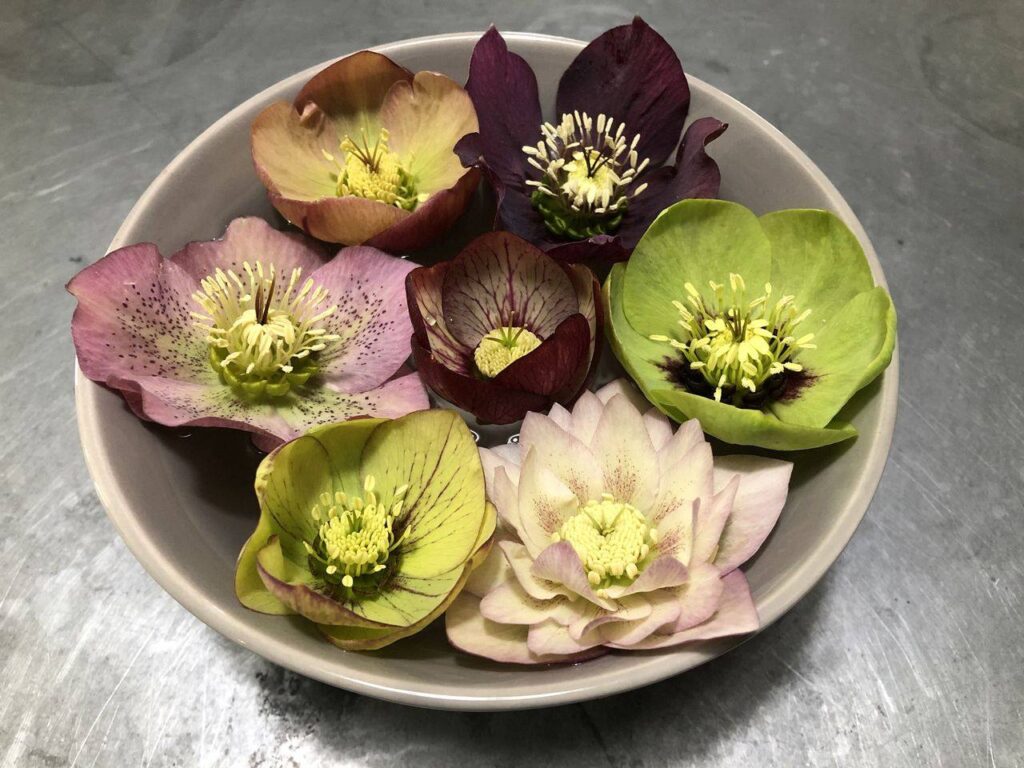