We’re fretting about Arya a little bit — we noticed when he came in last night that he was favoring his left front leg, and he’s got a scratch on his face — he probably got into a scrap with another outdoor cat. He’s a bit of a fighter, our Arya, but I guess he took on someone tougher than him. Although who knows? I’m now imagining Arya saying, “You oughta see the other guy…” That’s very much in personality for our little lion.

We called the vet, and they can’t see him ’til Friday — we could go to an emergency vet, but they said if he’s eating well (he is), doesn’t seem lethargic (he doesn’t), and is putting some weight on that foot (a little), it’s probably not an emergency. Arya let me handle the paw, and though I don’t know what a break would feel like, he didn’t yank away or anything, which seems like a good sign; it’s probably just bruised a bit or sprained.

We’ll watch him and make sure he doesn’t get worse between now and Friday — if he does get worse, we’ll take him to the emergency vet.

For now, though, lots of snuggles and scritching and extra treats. 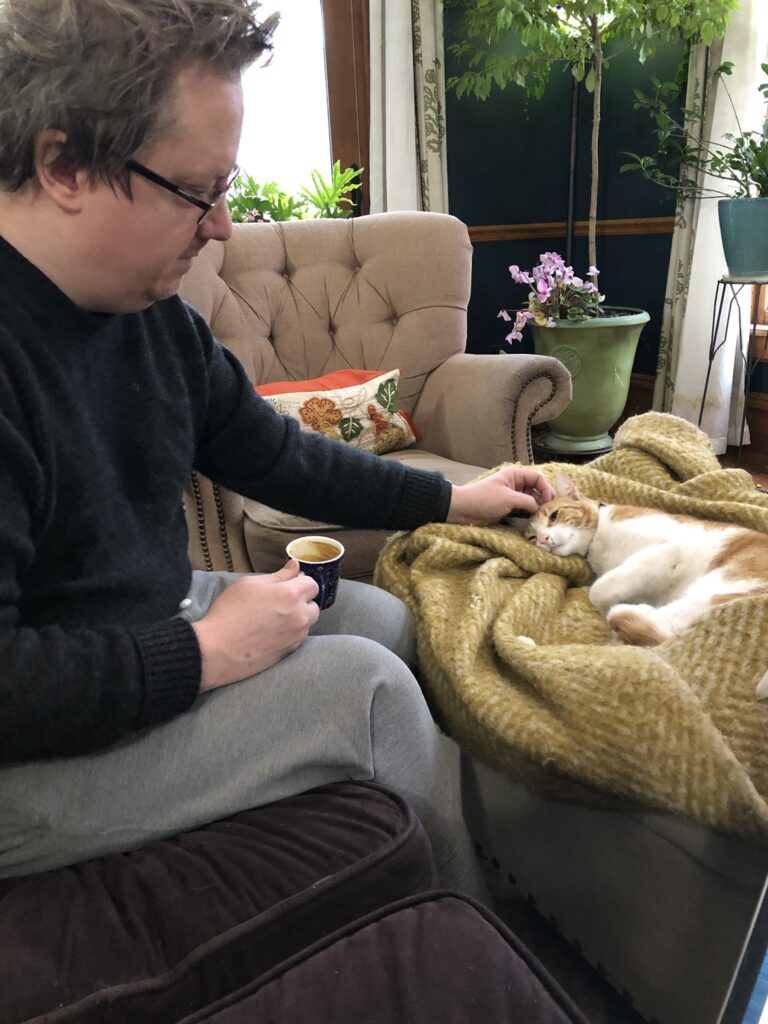