This is my life — there was a hot tip posted on the local garden group that Costco Riverside was selling tall fiddlehead figs for $50, so of course I rearranged my afternoon so I could swing by and pick one up (also groceries, because the children eat at a prodigious rate these days).

I was honestly not quite sure this plant would fit in my little car, and it almost didn’t! Good thing I don’t drive stick shift. As you can see, it’s also taller than the front of our garage; it was a little nerve-wracking getting it out of the car and into the house unscathed.

Most of their plants were 8′ tall, but one was a wonky 8.5′, and you know that’s the one I went for. I think it’s very happy where it is now. Kevin and I have a little debate about placing this kind of thing, because he doesn’t think you should block bookshelves, and I think it’s fine as long as it’s not a shelf you grab things off of constantly. This is books & board games; the board games we use frequently are stored elsewhere.

I love having a plant so much taller than me in the house, it makes the house feel very junglee.

Happy plant. I have some more plans for that room, hopefully later today, so you may see photos of it again, but for now, 45 minutes on repotting and photographing a plant is enough for a morning’s home projects, I think. Onwards to the writing. 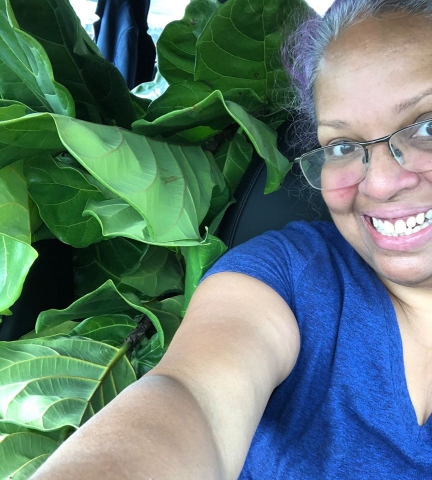 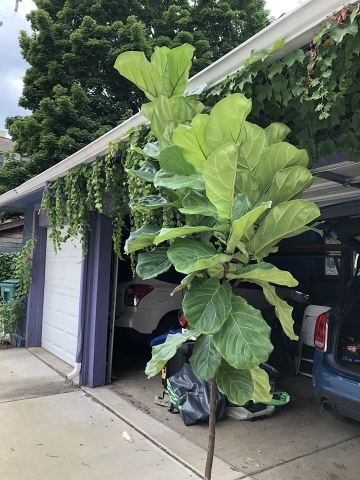 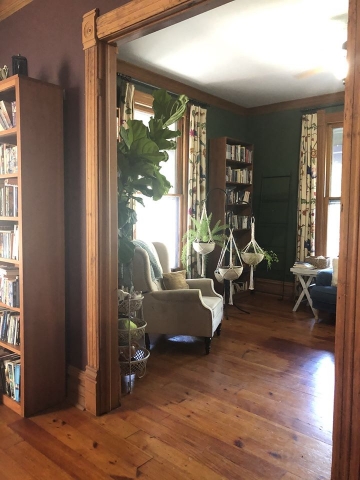 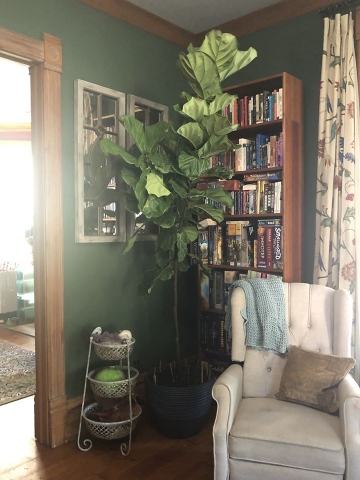 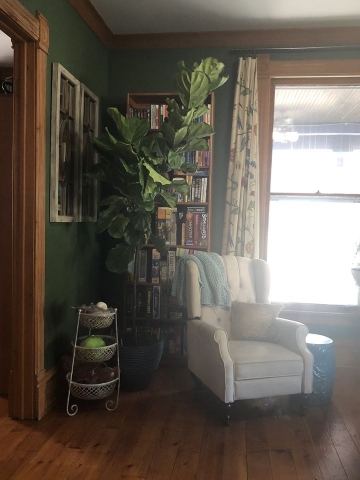