So, if you remember, I made some badly-overcooked cod. I can’t stand throwing out food, but I also hate eating bad food. I was hoping I could figure out a way to make it vaguely palatable, so I went looking, and it seemed like the uses for overcooked cod mostly fell into one of these three options: 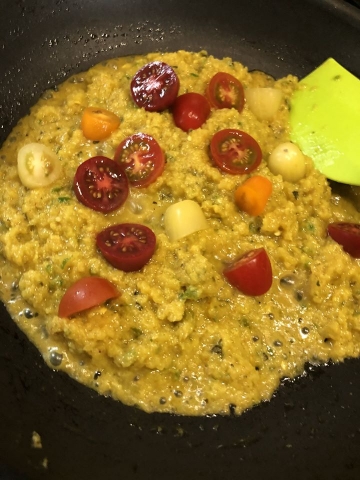 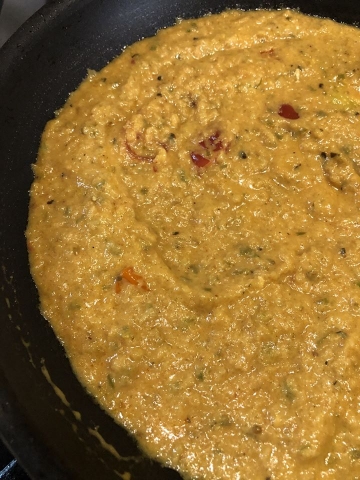 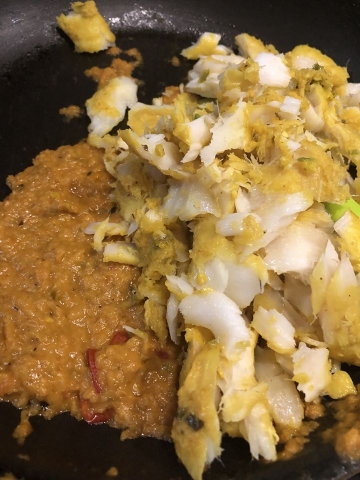 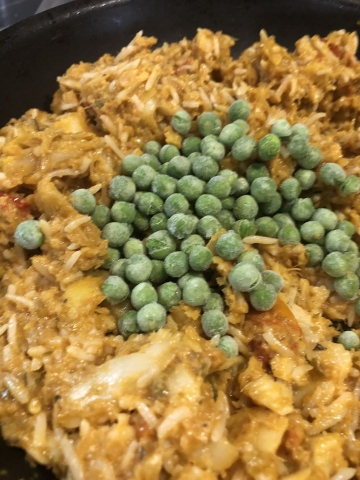 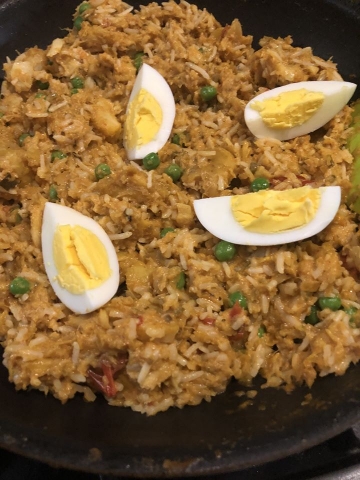 Well, kedgeree was way more attractive to me than the first two, so I was obviously going to go with that.

“According to “Larousse Gastronomique”, what we call kedgeree originated from a concoction of spiced lentils, rice, fried onions and ginger known as khichiri dating back to the 14th century and eaten across India. The early colonists developed a taste for it, as it reminded them of nursery food. Both khichiri and fish became mainstays of the Raj breakfast table and, in time, their Indian cooks integrated the two. Eggs, believed to have been introduced to the Indian kitchen repertoire by conquering Mughals centuries earlier, were later added as a garnish. When the dish travelled back to Edwardian country homes, via letters and regiments, the lentils were usually left out and flaked smoked haddock added in (the Scots take credit for this). Florence Nightingale and Queen Victoria were especially partial to kedgeree.” – 1843 Magazine

I had another problem, though — I’d made a lot of marinade for the fish, and I didn’t want to waste it. All that good onion-ginger-garlic-spiced goodness! So I wanted to turn it into a sauce. Now, remember, you had raw fish sitting in that marinade, so if you do this, be sure to bring it up to a boil for at least five minutes at some time in the process.

But what I did was start with heating oil in a pan, adding the marinade, and trying to sort of sauté it, because the raw onion-ginger-garlic was very intense. That sort of worked? Even after ten minutes or so of sautéing, it was still fairly intense. But then I added some chopped cherry tomatoes, some ketchup, some coconut milk, checked the seasonings, and simmered it all for a while, and eventually, it turned into a reasonable curry sauce.

Then it was just a matter of flaking the fish (it looks nice, doesn’t it? You can’t tell it’s rubbery by looking), adding some frozen peas, simmering that together for a bit, and then stirring in rice and hard-boiled eggs. Kedgeree!

Now, would I serve this to anybody else? No. Because the fish is still chewy and sad. But it’s in tiny shreds and at least sufficiently disguised by everything else that I’m now willing to eat it, and this rest of it is delicious, so we’re going to call this a win.