It’s Yudhanjaya Wijeratne‘s birthday today! It’s not an exaggeration to call Yudha the most exciting science fiction writer AND futurist I know in Sri Lanka. He was born in 1992, which means he’s only 27 years old, which tells you just how brilliant this young man is. He’s already been a Nebula Award nominee! 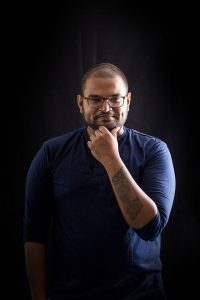 If you’d like to give ME a present, you could check out his work, which really should be more widely available — getting South Asian writing to the West isn’t easy. His first novel, _Numbercaste_, is available in America, I think, but I’m not sure _The Inhuman Race_ is (published by HarperCollins India), and that’s the one I’d most like to recommend as a starting point. It’s the first in his Commonwealth Empire series, an alternate history where Britain never lost its hold on the empire, and it opens in a dystopian Sri Lanka. (If I were an American agent, I’d snap him up!) 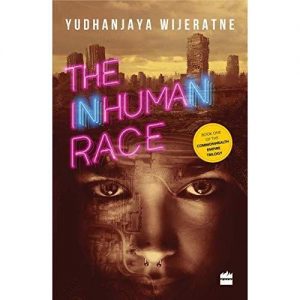 This is one of the things I’d really like the SLF to start working on as we develop the foundation further, helping broaden access to international speculative fiction. We’re focusing on the Portolan Project for bringing creative writing instruction online in 2020, but have already started work on the NEXT project, which is an international translation and publication project. More on that soon.

Yudhanjaya, what’s the best way for my readers to check out your fiction?

More about the SLF:
http://www.speclit.org