Facebook Instagram Youtube Twitter Patreon Shopping-bag
Menu
Another visiting writer for the SLF’s Deep Dish this Thursday, who’ll be visiting my classes too, is Jane Rosenberg LaForge. Thanks for SFWA for partnering with us to bring her to Chicago!
My students will be reading an excerpt from Jane’s new novel, The Hawkman, as well as this short story:
“…He was not a healthy man, which is why she did not want to say anything. He wheezed and bellowed and his ribs were too prominent. She did not know this then, but they called it “pigeon chest,’’ this condition he had that made so much of him undependable: his lungs, and his back. The two most important organs: right? How could anyone live without them? And yet he did, if in less than admirable fashion. He dragged himself to work each day until he lost his job, and then he still dragged himself out of bed if only to complain about his circumstances. There would never be another job to replace the one he had; nor would there be food to replace what he once ate, when he was earning a living. Once a week she gave him some cash, five or ten or twenty dollars, from the college allowance she and her parents had negotiated. Steak and noodles and hot peppers: he’d buy them at the beginning of the week and was industrious in their use, until the weekend came and she could buy him his meals again. He was not a healthy man but he got up every morning and did the things he could do considering the state he was in, jabbering and clawing and sucking his way through his days until the weekend came, and they could see each other again.
By the time the weekend came, she was seething through her clothes; she was undone with desire; she was reeking and, possibly, bleeding with worry over how the next forty-eight to seventy-two hours would go. She was only eighteen and he was twenty-two, twenty-three; it was best not to press the issue of their age difference, of her inexperience and his assumed maturity. So when she saw the thing in his eye—the spiral of a vessel wound too tight, she wondered; or the last ounce, the straw, the indecipherable measurement of whatever would crash their relationship forever—she could not announce her findings. For it was in those kinds of imperfections, what might signal a flaw or a greater chance for a fatality, that she found her desire….” 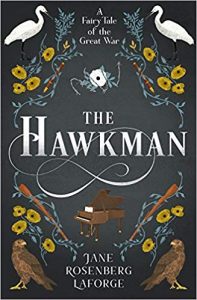