The shed was originally going to be 4’x8′, but when the contractors came out and started building, the guys asked if they could make it a little bigger, because they thought I’d feel too crowded in there. I said yes, so I don’t know what the final dimensions ended up as! But I think not much bigger, probably around 4.5’x8.5′. Given that, I didn’t want to drywall it, since that would make it feel smaller. I also liked the idea of it being a little rustic, unfinished, functional. 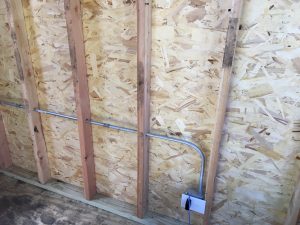 I asked our contractor if she could just paint the interior white, that I was aiming for something like a monk’s cell — a minimal space from which to contemplate the world. (I have loved Loreena McKennitt’s “Skellig” for a long time.) I think she delivered nicely. Paint color: Benjamin Moore’s Linen White. 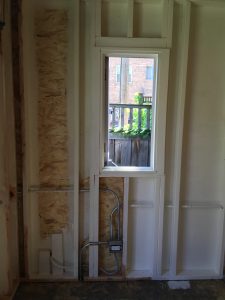 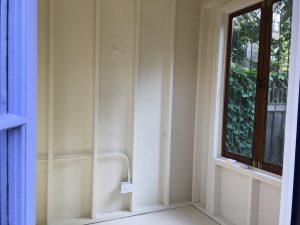 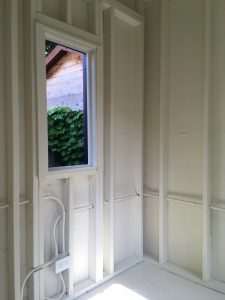