Thursday was our last adventurous day in Hawaii — Jed took me ziplining for the first time. We went to Kualoa Ranch, which I have to say, feels a lot like Disney in how carefully curated the experience is. It’s all very comfortable and smoothly run with plenty of time for you to walk around in the gift shop. They have lots of other activities at the ranch; you could easily do two or maybe three in a day, such a horseback riding tour, or the movie sets tour, or exploring the ranch on ATVs, etc. and so on. If you want a comfortable Hawaiian adventure that’s kid-friendly, with lots of nature and animals, this is the place for you. 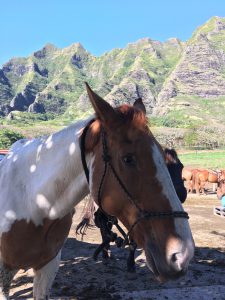 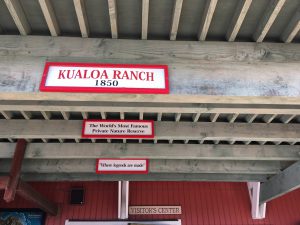 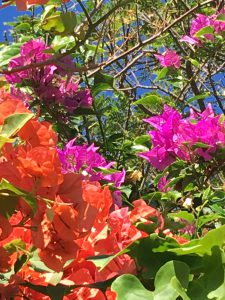 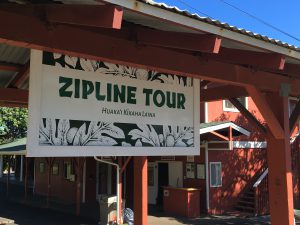 The bus ride up and down to the actual ziplines basically incorporated most of the movie tour, as we drove past at least twenty different sets for movies, such as Jurassic Park (note bones in last photo). Also some spectacular views. 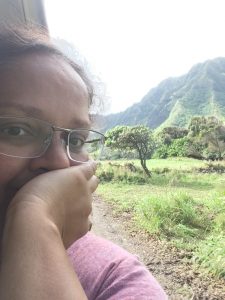 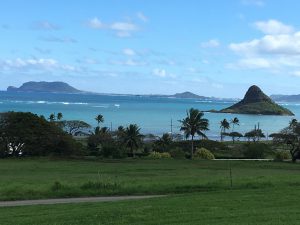 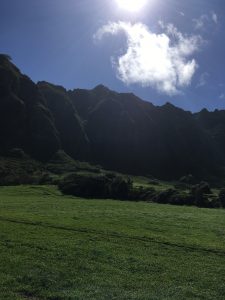 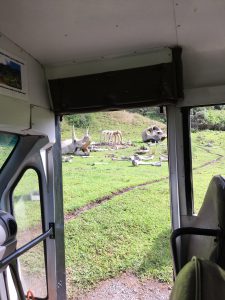 I decided I was too nervous about dropping my phone to try to take photos while actually ziplining, so I gave my phone to Jed to carry (no pockets in my leggings). He then proceeded to add to the set of photos of me in my green helmet. (I did take one or two selfies in there, though not sure which ones. I think I did the one on the suspension bridge.)

Zipining itself was entirely fun, not at all scary for me (but I kind of love heights), and mostly too short. I wanted the ziplines (there were seven of them) to all be longer and faster. And they were kind of amazingly strict on safety protocol, which made the whole thing kind of take a while, clipping and unclipping at every opportunity. But still, fun overall! 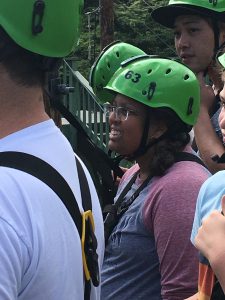 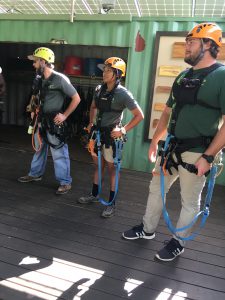 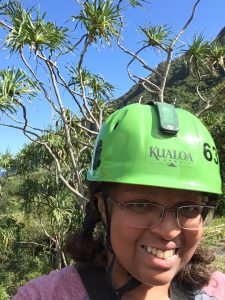 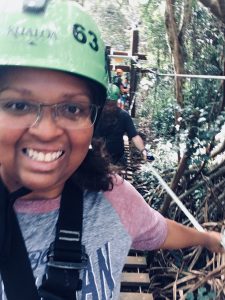 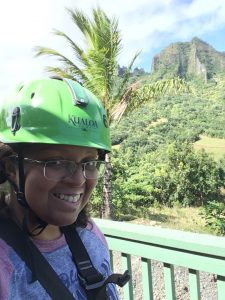 I should note that while ziplining itself requires no effort at all (you’re basically just sitting), there’s a little bit of hiking to get from one line to the next, and I was seriously worried for a minute at the beginning, when the first hike had me really out of breath. Stupid recovering-from-surgery-out-of-condition body. But the rest were gentler, and I was fine. I’ll also note that at least at this place, there was an upper weight limit on the ziplining, and they do make you step on a scale briefly at the start, presumably to confirm. I think it had a maximum weight of 280 pounds.
More interesting things seen while hiking. I couldn’t believe they made us clip onto a line for the little suspension bridge, though, which was maybe five feet off the ground. Hilarious. I warned Jed that if he comes to Sri Lanka with me, there will be no such safety amenities on suspension bridges there. Love the walking trees — there appears to be some debate about whether they can actually walk, but my love of Ents makes me commit to believing they can. And sing. Hoom! 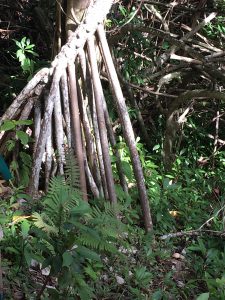 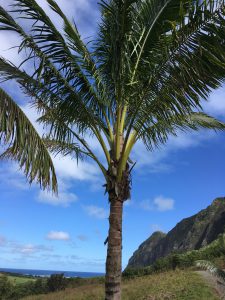 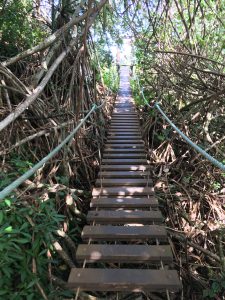 Official photos from the ziplining people. 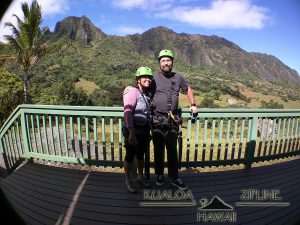 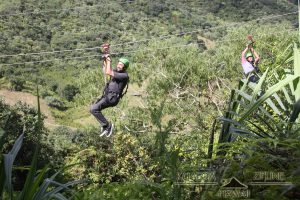 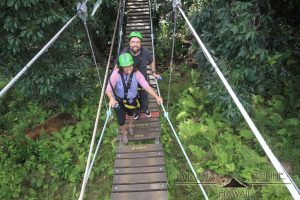 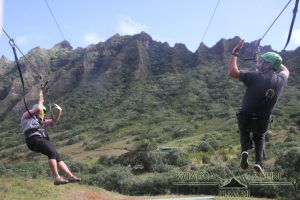