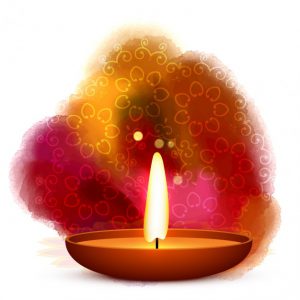 We celebrated Diwali for the first time today. It felt strange, to be honest. It’s originally a Hindu holiday, if I’m understanding right, celebrating Rama, Sita, and Lakshman returning from exile in the forest, the triumph of lightness over dark. My parents’ families converted to Catholicism many many generations back, due to Portuguese colonialism in Sri Lanka. I’m not religious at all (a cheerful agnostic), and neither is Kevin; neither are our children.

So we have no real connection to Diwali (or Deepavali, as I think it’s called in Tamil Nadu, where my many-times-removed ancestors would have come from). I felt awkward even saying the words, “Happy Diwali!” It’s not our holiday, and it feels weird to celebrate it, except as a guest at someone else’s party. I’ve joined Jewish friends for Seder, after all — it’s like that.

But not exactly. Because here I am, raising biracial children in America, and I know that unless I make some serious effort, Sri Lanka is going to drop away from them very quickly. I don’t speak Tamil anymore myself (though I understand quite a lot of it — I can follow much of the conversations when visiting older family). The children know a few words, which we have to remind them of. They eat almost none of the food. They’ve never been back home — of course, it’s not ‘home’ or ‘back’ to them.

It would be easier to let it all drop away, to let them shape their own American lives entirely. There’s an appeal to that — letting them find their own ways.

But I keep thinking — I’m brown. My children are somewhat brown too. Sometimes, in the dead of winter, they can pass for white, but at the end of summer, when they’ve been running around in the sun for months, their skin is almost as dark as my own. They’re going to encounter racism, in one form or another. They’re going to experience at least some of the negatives of being brown in America. I want them to have some of the positives of being brown too. I’d like knowledge of their mother’s heritage, our long, rich cultural history, to bring them joy. I want them to have good memories to stand as a bulwark against pain to come.

Diwali isn’t our celebration. But it was, once, long and long ago. Hundreds of years ago. Maybe it could be again.

We went to two parties today. My daughter and I dressed up in our fancy desi clothes and went to a potluck organized by South Asian families in our suburb. There are more and more of them every year — some of them ethnically blended families like our own. Please picture a Chicagoland suburban backyard filled with men and women in bright and colorful embroidered clothes. We were lucky enough to get tremendously mild weather for mid-October, so we filled the backyard, eating vegetarian curries, rice and roti, and plenty of sweets, traditional for Diwali. Dupattas fluttering in a gentle breeze. If you blinked your eyes a little, you could be in India. Or Sri Lanka. It was so beautiful.

In the evening, we had another party to go to, but my husband, Kevin, wasn’t feeling well. He’d been somewhat sick all day. My son didn’t want to go to a party — he wanted to stay in bed and play video games. And my daughter was tired from an afternoon running around in the park with her school friend. I could have cancelled and let them all stay home. But instead I insisted on them getting dressed up in our desi party clothes, Kavya and I loaded up with bangles, bindi, and plenty of sparkles, and we headed out together. We wouldn’t stay long, I promised them. Kevin looked kind of awful, and I felt very guilty.

But then we got to my friend’s house. She had done it up so beautifully. Masses of string lights in the windows, so that it shone from half a block away. The path to the door lined with diyas, little clay lamps she’d hand-painted, holding tea lights flickering against the night. A peacock rangoli she’d drawn on the ground — another traditional element. And inside, friends, delicious food, and more light. Lights everywhere, sparkling. Eventually, there might even be fireworks.

It was a gorgeous Diwali. It’s not my tradition…but maybe it could be, a little. Maybe I’ll bring the kids and join her to paint some diyas next year. I can tell them the story of the Ramayana — I told them a little bit in the car this time, just the good part, where the princes and princess return from their long exile, and there is great rejoicing.

For those in the diaspora, far from the homeland, Diwali may be the perfect holiday to celebrate, even hundreds of years later. A homecoming. 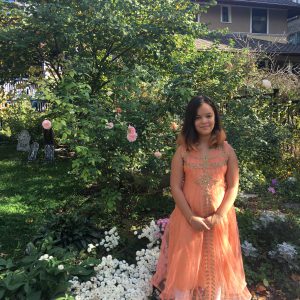 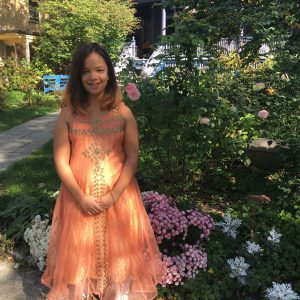 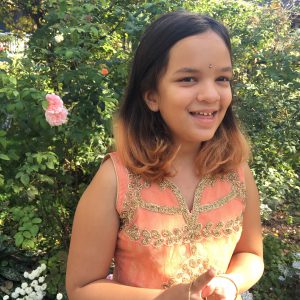 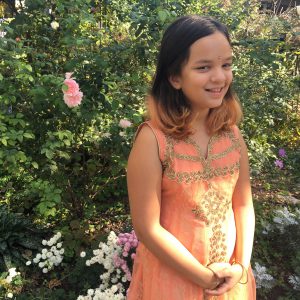 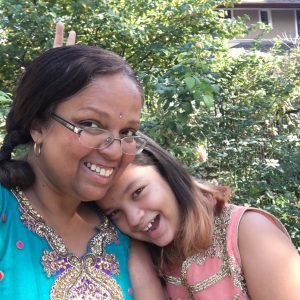 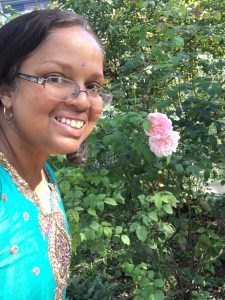 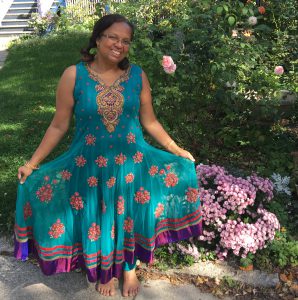