Yesterday’s panel went well, though it does take two solid hours for twenty or so Wild Cards authors to talk through the basic history of the decades-old series. I talked for about 3-5 minutes of that. 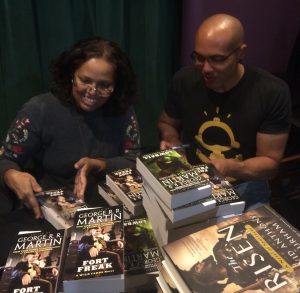 Pictured here signing stock at the end of the night, copies of two of the volumes I’m in Fort Freak and Lowball (I’ll also have a story in Low Chicago, coming out next July, and *should* have one in a 2019 book as well, if George likes my revisions.)

That’s David Anthony Durham sitting next to me, and he is utterly delightful. He’s the creator of IBT, the Infamous Black Tongue, in Wild Cards, a young black man who is half snake (like a centaur, but with snake), and who has a crush in Fort Freak on one of my characters, Natya (a Sri Lankan-American dancer with superhero powers). David teaches at Stonecoast’s MFA and I believe is faculty at the University of Nevada, Reno.

I’ve been meaning to read his Acacia trilogy for a while, which has come highly recommended to me — moving it up the list! (Oh, the list is long.) Photo courtesy David’s son, Sage — thanks, Sage! Sage also came up with the original idea for IBT, so thanks for that too!

Wild Cards writers winding down at the end of the night: 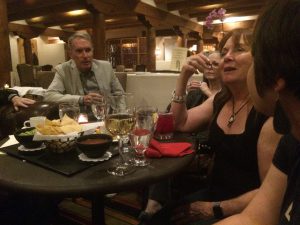 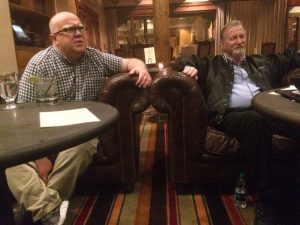 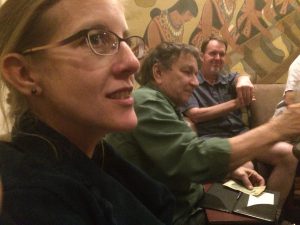 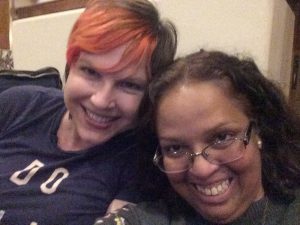 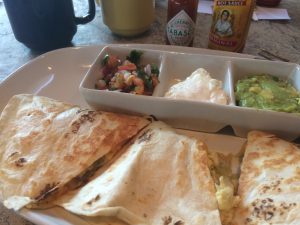 Had a nice breakfast with David D. Levine, talking in part about the third in his Arabella trilogy, brainstorming plot (the breakfast portions are huge — I ended up making Jed eat some of my delicious quesadilla with egg and chili verde). Now ensconced with David and Jed at a table in the lobby, planning to work on e-mail for a few hours. I’ve gotten really behind in the last month since the semester started, and it is stressing me out, making me cranky and short-tempered. If I want to avoid snapping at people I care about, I had better spend sometime dealing with e-mail.

But being in this atmosphere helps — the Hotel Santa Fe is lovely and serene, with a wonderfully relaxed atmosphere. And it has an attached spa, which is exceedingly tempting. I haven’t had a massage in — oh, at least six months, maybe closer to a year. It’s probably time. 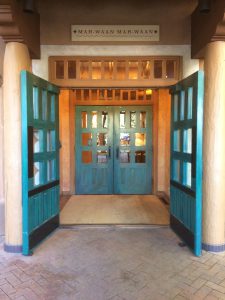 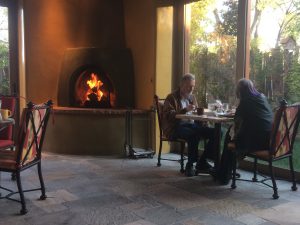 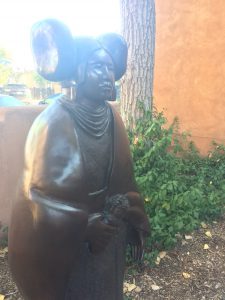 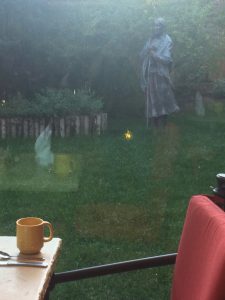