Thanks to Nara Nayar for inviting both my kids to Ray’s birthday party — we had a blast, and I admit, I really loved running around with the kids playing laser tag. Even if I am, it turns out, a terrible shot. I’m sneaky, though, which made up for it some. Yes, I was pleased to be able to score occasional points against nine year olds. I’ll take my victories where I can get them.

I think my kids’ actual favorite part was the air hockey in the game room afterwards; Kavi is quite competitive, but she did kindly and deliberately let Anand score a point during each game they played. They are even worse laser tag shots than I am. I think we might need to do some family laser tag practice so we don’t embarrass ourselves in the future. 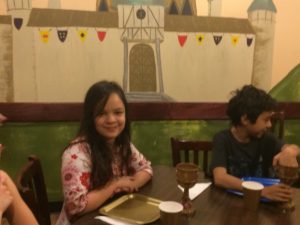 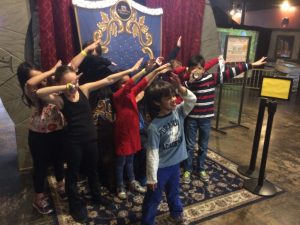 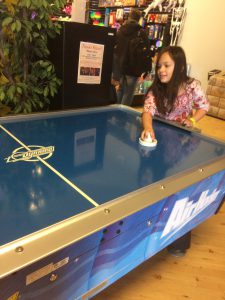 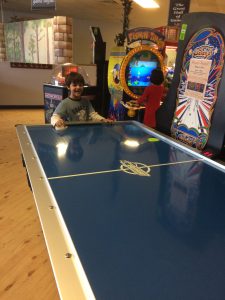