I headed off to my MRI this morning wearing my robot socks. (Of course.) The MRI process was slow today, but basically fine -- a quick and not too painful stick for the IV for contrast, and then a dozy hour in the machine. I finished up around 10:30 and headed up to do my core biopsy. It was close to noon before they were ready for me, so I was glad I brought an electronic device with me; I got through several levels of Plants vs. Zombies while I was waiting. Destroying zombies = good distraction and stress relief. 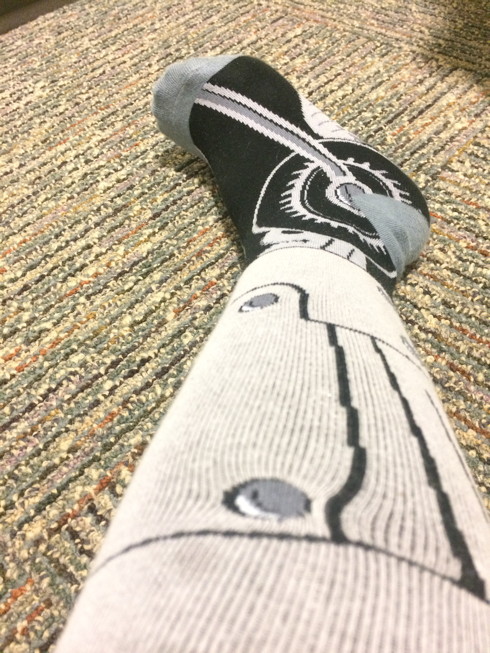 Then they got me in for the biopsy, which started with an ultrasound. The nurse said, "I remember you! Your cancer looks like a duck!" I made bewildered noises, so she showed me on the screen. Yup, totally like a duck. Then the doctor came in, and started off by telling me that they'd seen measurable progress in the shrinking of the tumor. I, being pushy, pushed a little, and she was willing to tell me that they were still reading all the results (from the MRI I'd *just* had), but a) the biggest mass had shrunk from about 2 cm to about 1.1 cm, and b) the rate of growth had also slowed. The cheerfulness level in the room rose notably at this point. (Me, two assistants, the clinical trials nurse, and the doctor.) 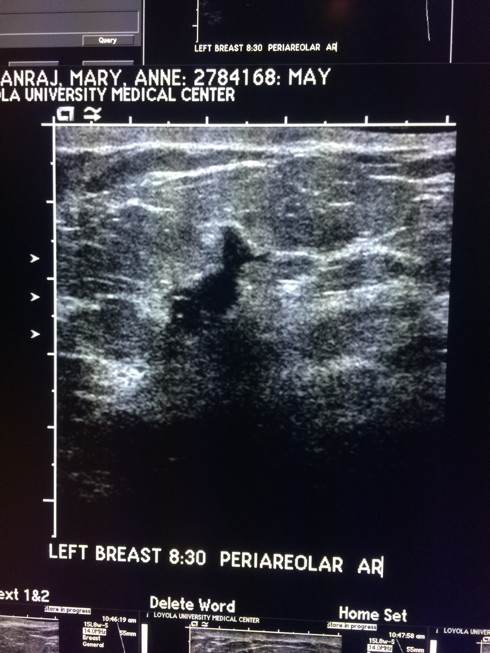 The biopsy itself wasn't as bad as last time -- this doc took a different approach, and didn't have to punch through any scar tissue, so just mild discomfort. This is my LAST core biopsy for this year of treatment, so that's reason to celebrate all by itself. Afterwards the nurse showed me the new ultrasound pics (which I didn't get a chance to photograph for y'all, sorry) -- the head of the duck is completely gone. It's just a (smaller) blob now. Whee!

I admit, I was pretty impressed with the efficacy of the chemo. I've just had one treatment so far, y'all! I asked the nurse as she was cleaning up if they were generally getting such good results for their breast cancer patients. She hesitated, and then said yes, mostly, except for three types of cases:

1) If they caught it too late (so please do keep up with those routine screening mammograms, those of you of an appropriate demographic).

2) If the cancer was one of the less receptive (and I think more rare?) forms, such as the triple-hormone-negative type -- then drugs like Herceptin wouldn't be able to help, and you'd be relying on the older, less effective (and more side-effect-y) forms of chemo.

3) If the patient didn't follow up properly with their care. She said she'd had one patient recently who didn't show up for her chemo appointment at all; when they called to ask why, the patient said that she'd had to watch her grandchildren that day. Women aren't culturally socialized to care for themselves, for their own health, to make it the priority. And too many of us dread doctors and hospitals, leading us to neglect and ignore our bodies, even when we know they need some extra attention. Take care of yourself, folks, okay?

I meet with my actual oncologist tomorrow, so I'm hoping to get a more detailed analysis from her then. But the nurses and biopsy doc seem to think that if things continue to progress this way, there may be no cancer left by the time we get to surgery. Which is why they put the little marker clip in, so they can cut out the area where the cancer used to be. And then they'll do targeted radiation afterwards, just to be sure. I admit, it feels a little like overkill at this point -- but heck, I'll take it. Let's thoroughly grind the salt into the earth, cut the poisoned parts out, and then burn whatever's left with fire. Sounds good to me.

Afterwards, I met Kat and Roshani for celebratory Thai lunch, where we devoured duck, of course. (Also curry, also mango with sticky rice. I am SO full.) If things had gone less well, it would have been consolatory lunch, because one way or another, I was determined to eat something yummy after today's procedures. But this is better. 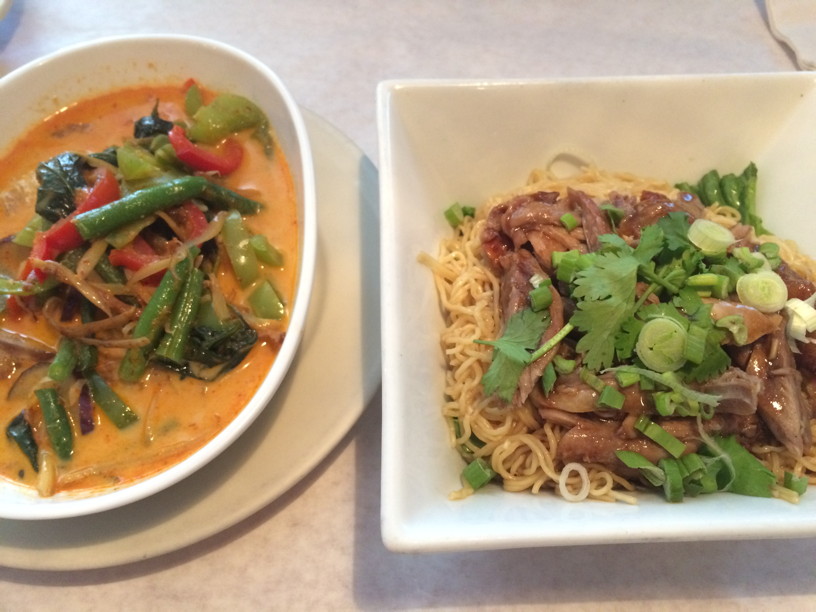 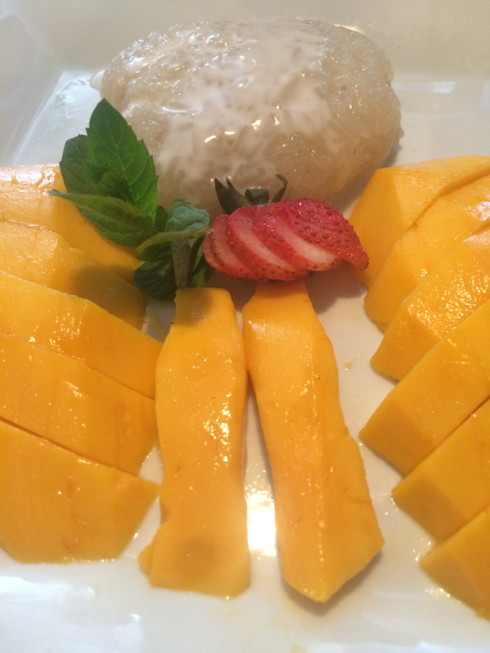 Nothing is certain in this life, and things could always get worse again, in the next several months of treatment, or at some point in future, when the cancer might come back. But for today, at least, let us dance on the grave of our enemy. :-)