Facebook Instagram Youtube Twitter Patreon Shopping-bag
Menu
Oak Park has a lot of little free events in the summer. Sometimes I feel guilty that we don't take advantage of more of those, but we're busy, and tired, and evenings I often just want to veg. And I've been super-tired today, so I really was inclined to skip today's Paris-themed event. But we finished dinner at 6 tonight, and by 6:30, I was tired of watching the children watch tv. So we went to the fair, and despite my exhaustion, I felt well rewarded by their glee. A street fair, some live music, a fountain to play in, dancing. Anand has some real moves, and Kavya isenthusiastic. :-) 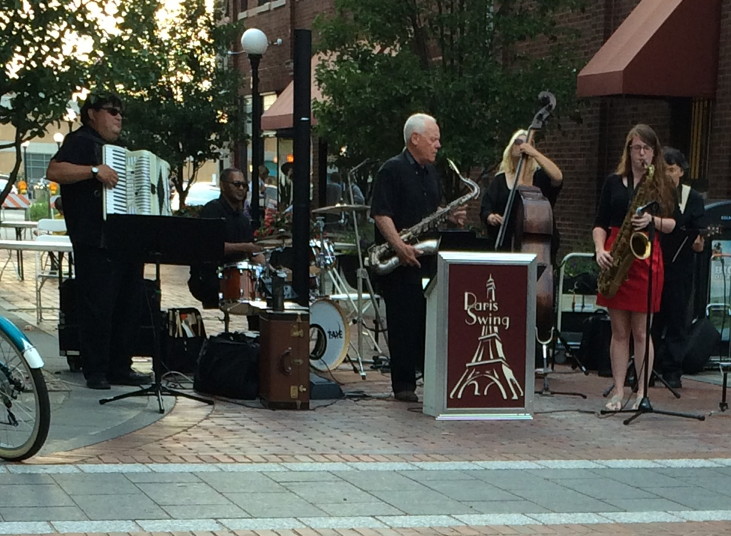 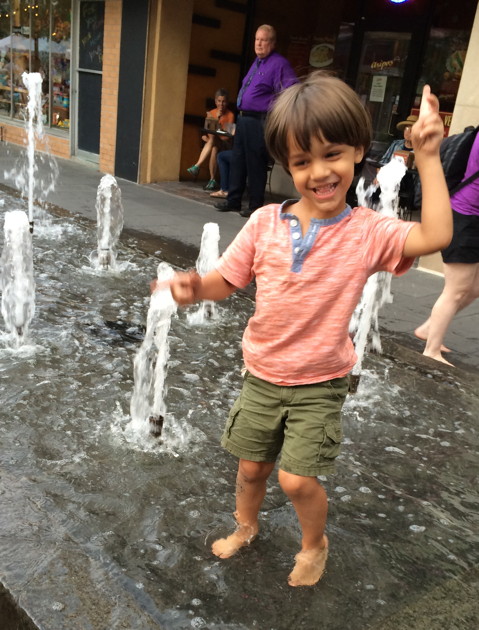 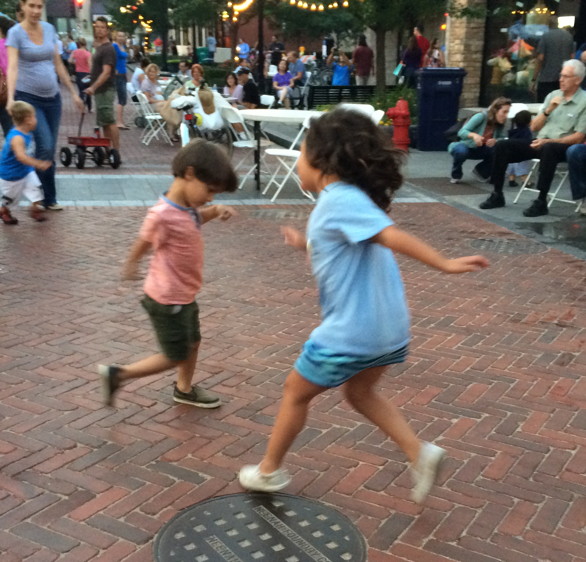 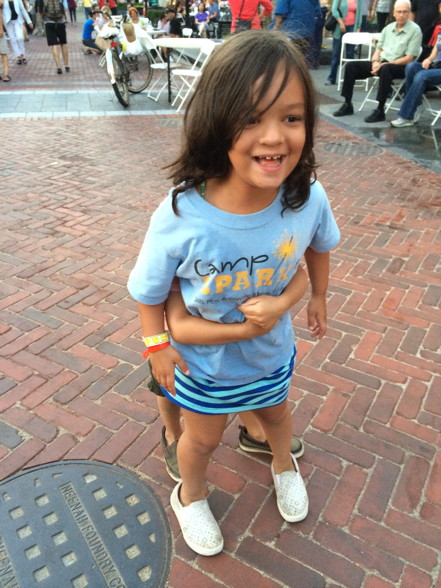 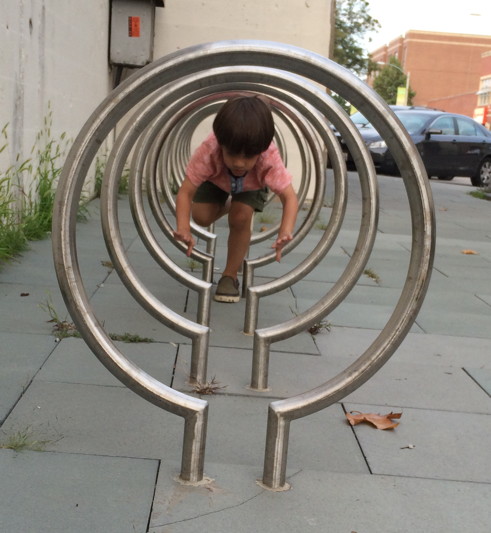 I rather like this art. It doesn't hurt that he does a lot of trees. Trees! The crepe guys were working incredibly hard -- there was just the one cart, and it wasn't clear just how long the backlog was. If we'd realized it would take 45 minutes to get crepes, we might have skipped it. But in the end, they were pretty delicious. Kavi went for caramel, and Anand let me pick his, so I picked Nutella-banana. I had too many bites of both, and my tummy is a bit over-full now. But that's summer, eh? Can't really regret it. I love this last picture -- Kavi and Kevin walking home from the fair (it was just three blocks away), slightly gibbous moon overhead. Vaguely Parisian in feel, actually. But mostly, a little of why we love living in Oak Park. 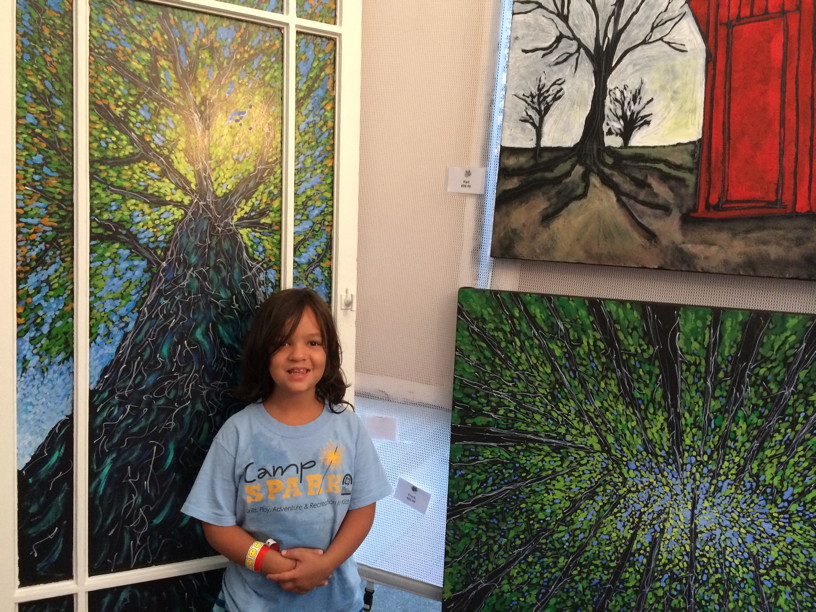 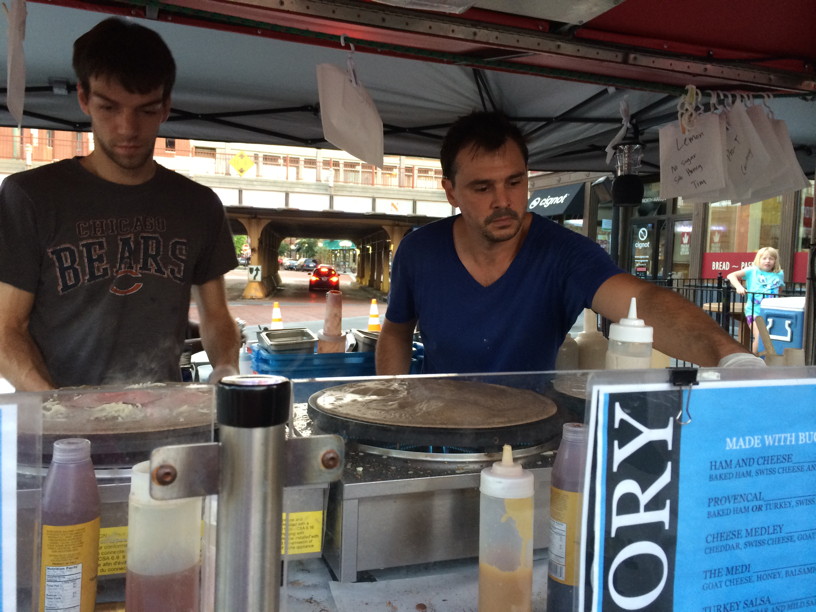 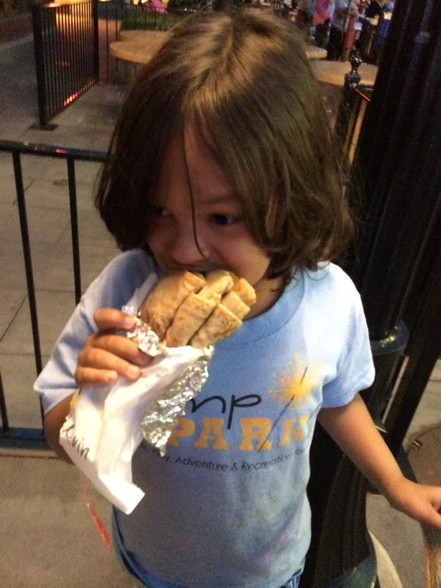 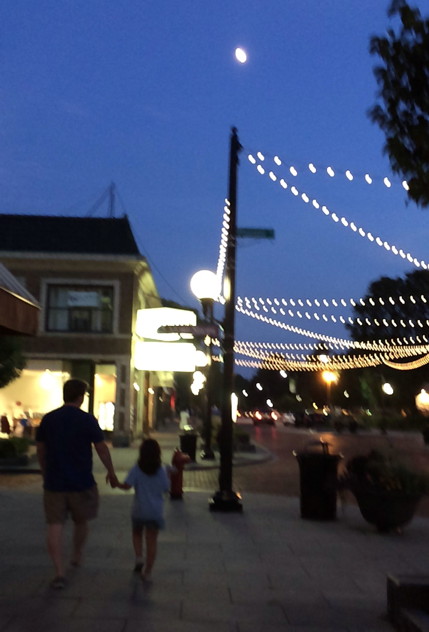