Facebook Instagram Youtube Twitter Patreon Shopping-bag
Menu
Busy week! My grammar school friend, Dan Foster, arrived for a visit yesterday; he'll be here 'til Sunday. Yesterday evening, I dragged him along with me to the Douglas Lain reading at Book Cellar, which was a lot of fun. Doug read from his new book, _Billy Moon_, and I read from _The Stars Change_, and then he hosted a lot of discussion of various ways we might be able to save the world, and I hear there is video of the whole thing that will be put up on Doug's podcast, so you may get to see it all. Eep. Doug's writing was lovely and literary, as always -- check out the book!

"Billy Moon was Christopher Robin Milne, the son of A. A. Milne, the world-famous author of Winnie the Pooh and other beloved children's classics. Billy's life was no fairy-tale, though. Being the son of a famous author meant being ignored and even mistreated by famous parents; he had to make his own way in the world, define himself, and reconcile his self-image with the image of him known to millions of children. A veteran of World War II, a husband and father, he is jolted out of midlife ennui when a French college student revolutionary asks him to come to the chaos of Paris in revolt. Against a backdrop of the apocalyptic student protests and general strike that forced France to a standstill that spring, Milne's new French friend is a wild card, able to experience alternate realities of the past and present. Through him, Milne's life is illuminated and transformed, as are the world-altering events of that year." 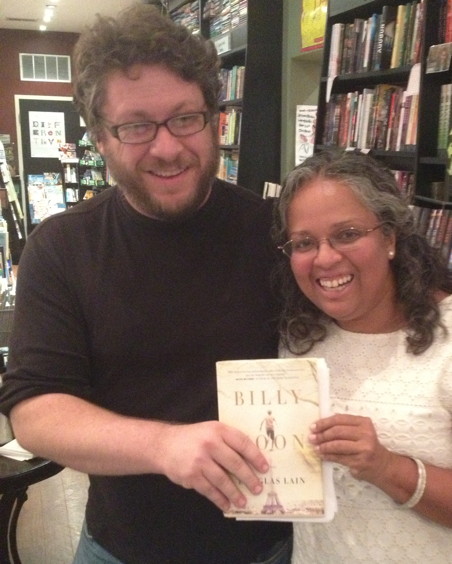