Fairy party at our house. Wings, cake, and berries for all! 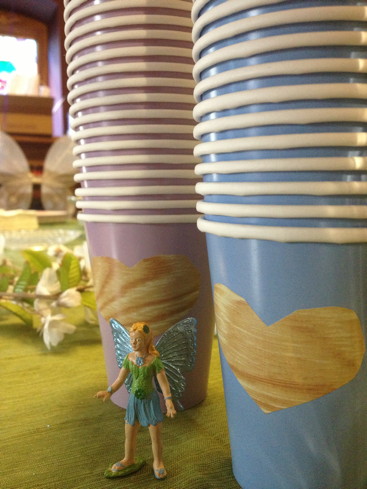 I blame Martha Stewart for this. It was a bit of a pain cutting hearts out of wood-grain contact paper, mostly because it was remarkably tricky work separating the backing on each heart. But I admit, I found the result charming. I'm not sure anyone else cared, but I liked 'em. 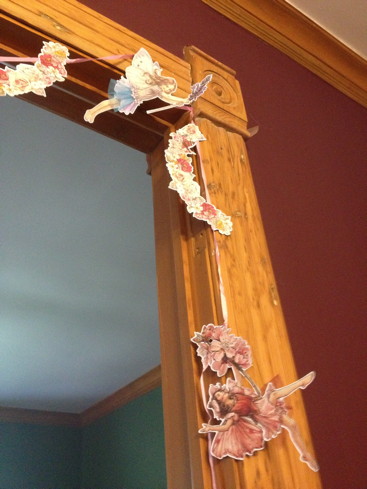 Meri Meri fairy garland. I love that it's printed on both sides, so you can hang it in an archway. Will see if Kavya would like it installed in her room, now that the party's done. 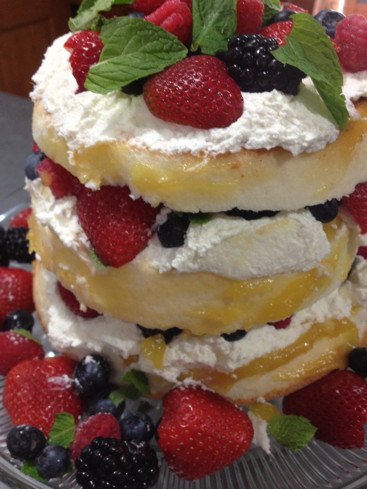 Take store-bought angel food cake, slice it in thirds. Whip a pint of heavy cream with a T or two of sugar. Layer with store-bought lemon curd (used most of a jar), and lots of berries (sliced the strawberries in half). Don't forget the mint -- really added a nice wakeful note to the whole thing. You could stop here, for a perfectly lovely summery dessert. But wait, there's more. 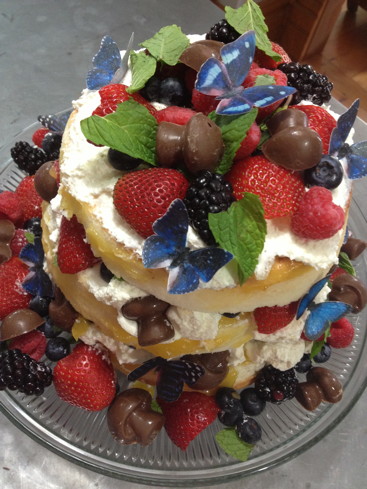 Added edible butterflies (not particularly tasty, mind you, but edible), and chocolate mushrooms (super-easy to mold using candy melts from Michael's). I was going to add edible flowers too (pansies), but I ran out of room on the cake! (Violets might have fit, but I had none. Ah well!)

This cake may not win points for elegance, but for sheer summery fairy exuberance, I think we're good. 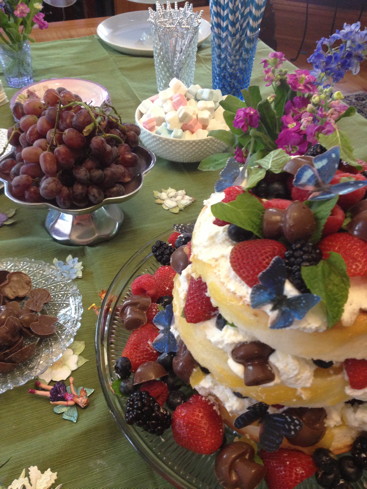 Also, it was delicious. It was demolished at the party, and there are perhaps two bites left. Which I may sneak down and finish later. 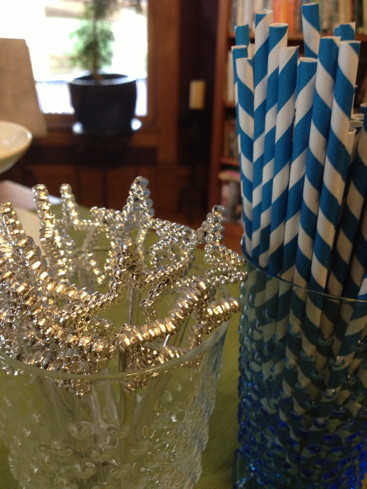 These wands are actually left over from last year's princess party -- we had extras. Kavya's new favorite color is blue, thank the gods -- I don't think I could have stomached another pink extravaganza. One in a lifetime is plenty. 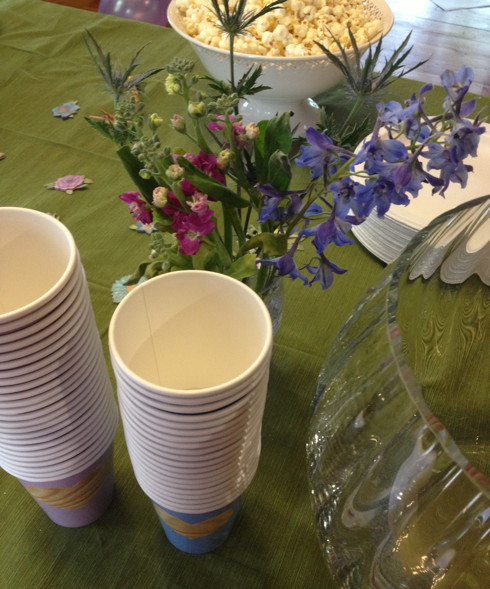 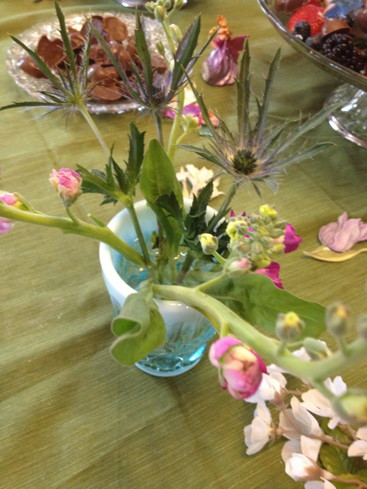 Take twelve dollars worth (3 bunches) of grocery store flowers, cut off most of the stems, and arrange in colored glasses. The flowers are stock, thistle, and delphinium, I think? 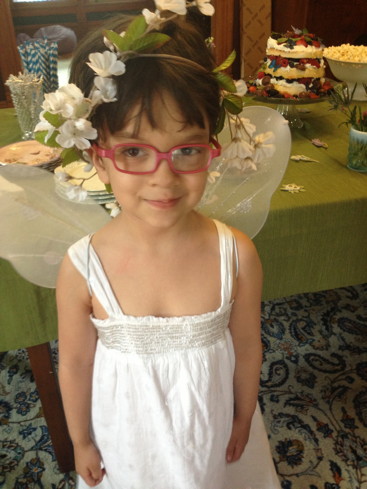 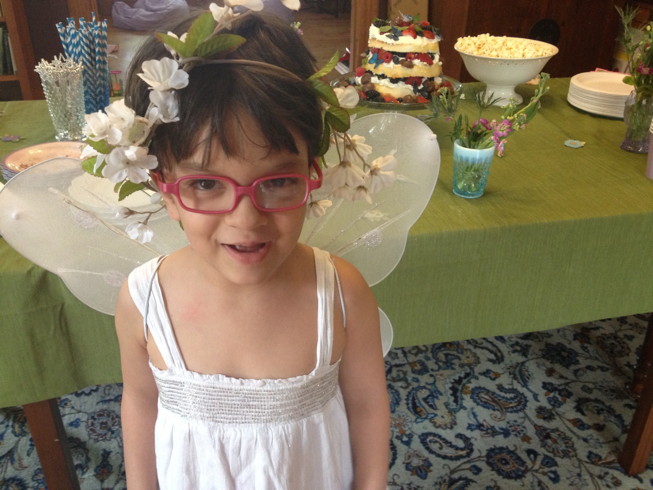 The fairy princess, crowned in white, her dress of white and silver. Her wings actually twinkle in neon colors if you push a tiny button on the back, which I find sort of appalling, but which she loved. 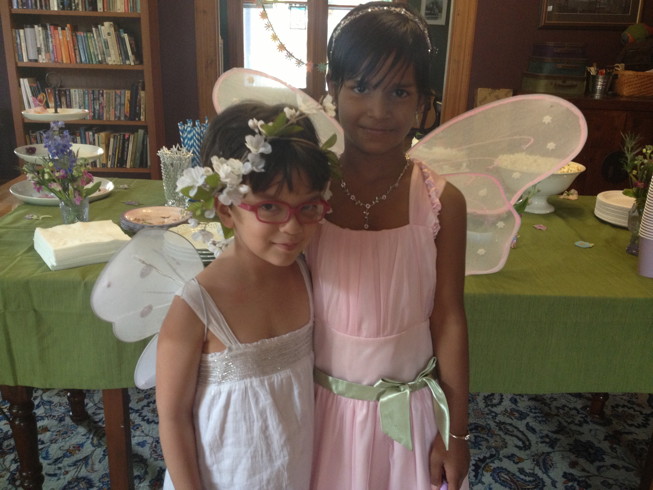 New friend, Mamali, I think her name is? Ritu's daughter. 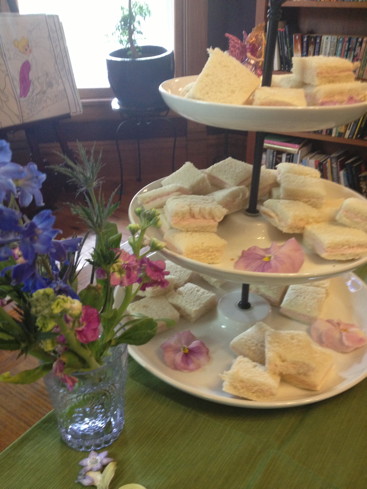 Simple sandwiches with strawberry cream cheese. Note the large fairy coloring sheets in the back -- they were a big hit. 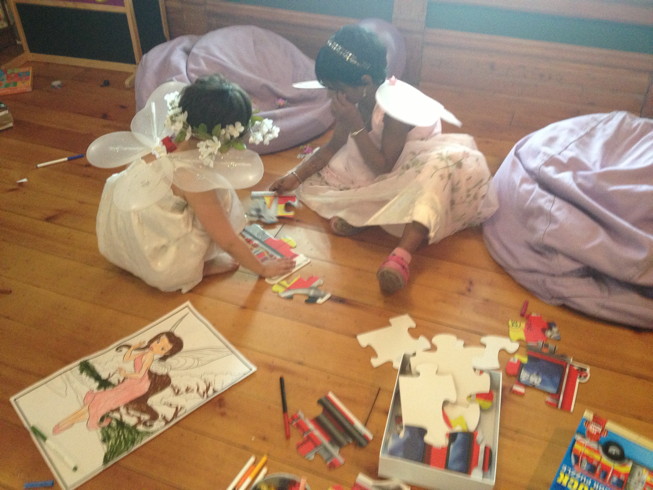 Coloring followed by puzzles. It's a busy life, being a fairy. 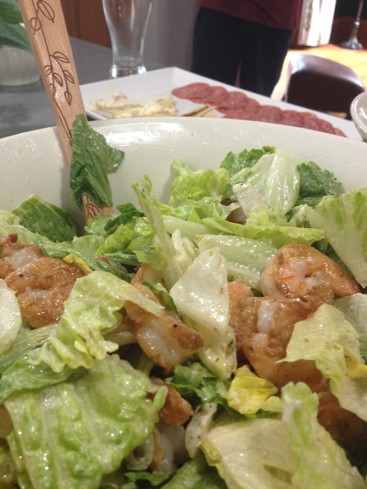 Grilled shrimp makes a simple caesar salad spiffy. Also super-easy to do if you grill the shrimp the night before. 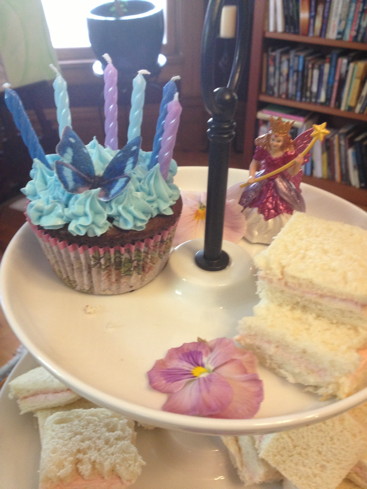 Six candles, and a fairy princess to watch over all. 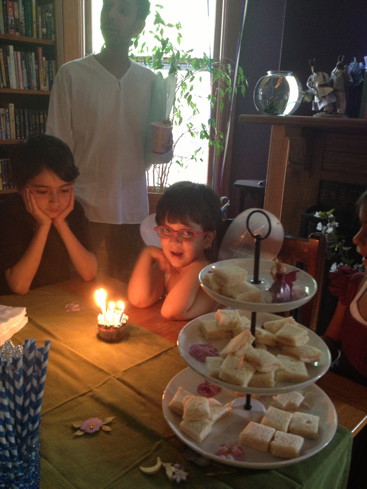 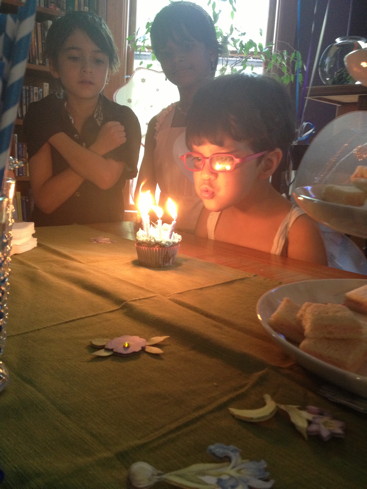 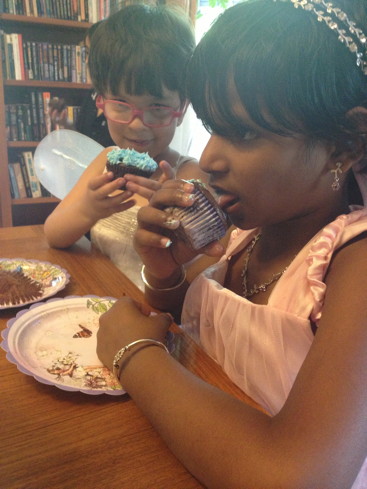 Don't tell me you don't lick the frosting off first. At least once in a while... 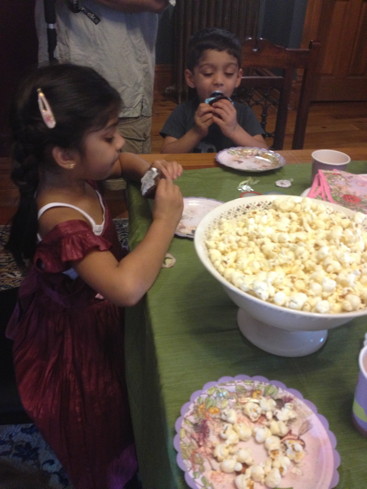 Two more of the kids. Sorry I didn't capture more of the people at the party! They were lovely. Zain chose to be a pirate instead of a fairy. 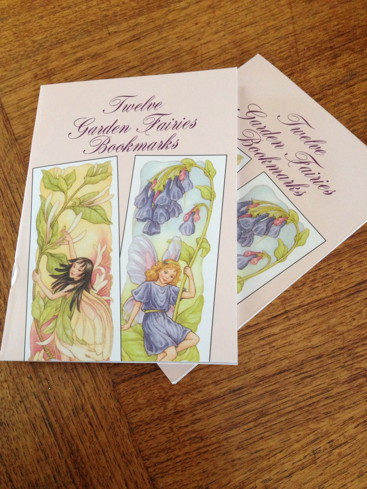 And just a few goody bag items. I forgot to take photos of the gorgeous little bottles of fairy dust, but they were a big hit. We also included more budget-friendly fairy bookmarks. 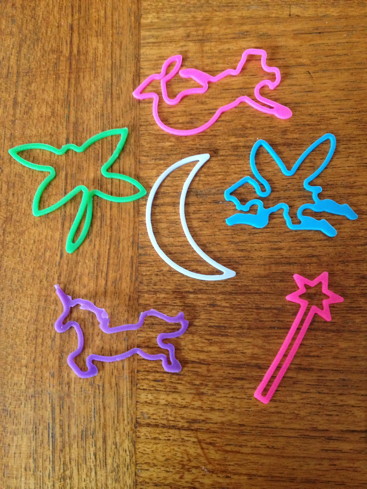 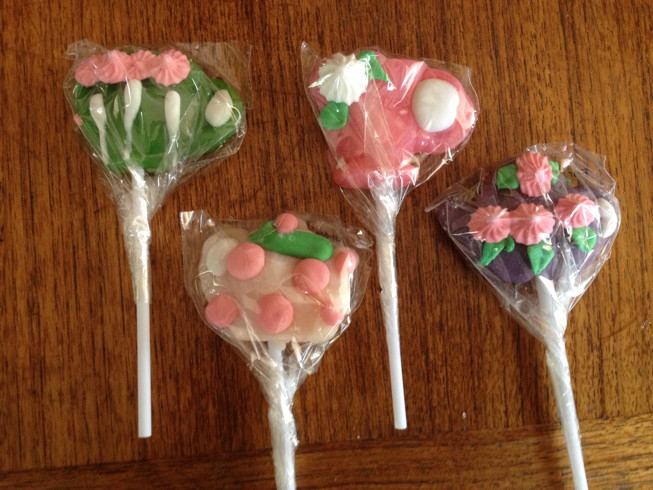 Teapot lollipops, for when the fairies have a tea party. 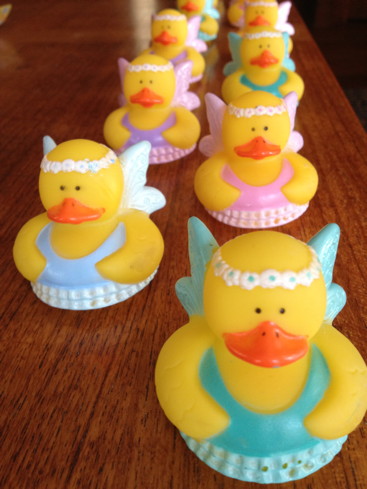 And the return of the fairy ducks!