Facebook Instagram Youtube Twitter Patreon Shopping-bag
Menu
I completely failed to take pictures last night, but Shruthi took some and Manish took some video, so that'll be along in a bit. But in the meantime, here's one from Mike of Manish, Shruthi, me and Devi: 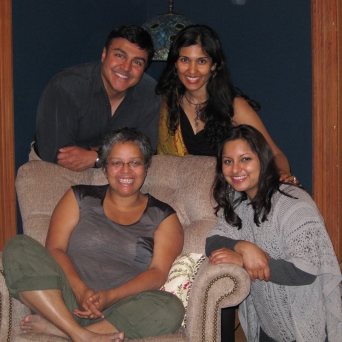