As you can see, the soapstone we found is quite veiny. The stone guys were waxing enthused about how interesting and cool the veining was, but I'm kind of eh about it. We'll see if I grow to love it over time; I might, since it's certainly more visually interesting than a flat wash of grey. 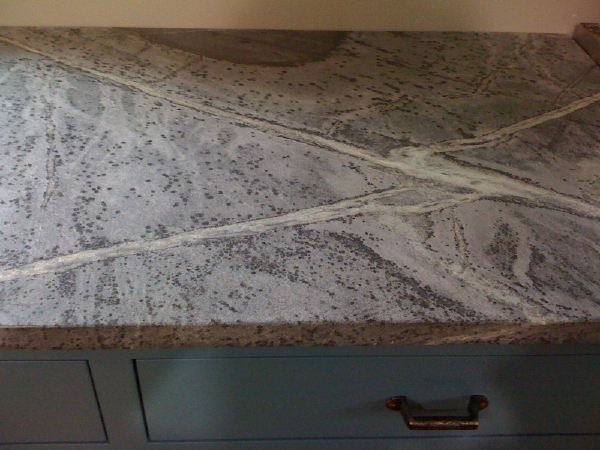 If I leave it alone, it'll eventually age to dark grey. You can make it look like that by rubbing mineral oil on it, which is relatively easy in and of itself, but does require taking everything off the countertops, which is sort of a pain. Still, I didn't have much trouble with it. Here's part oiled, part not. Pam really prefers the non-oiled version, and if it were up to her, she'd seal the countertops dry, so that (in theory), they'd keep that light grey color and never age.

I'm pretty sure I don't want to do that. But it's also true that when it's dark, the veining is much more evident. 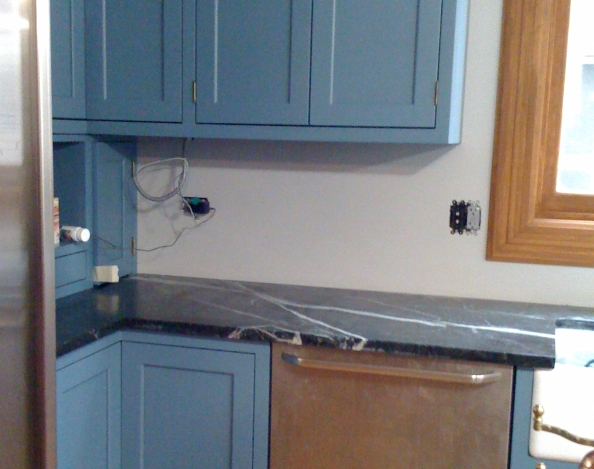 It's already fading a bit, a day later. From what I've read, you oil it roughly once a month for 8-12 months, basically whenever you want it to go back to dark grey, and eventually, it'll patinate enough on its own that it'll just stay that color. I'm not sure I really understand any of what's going on -- oxidation? Something like that. But the simple version is light grey now, oiling makes it dark, eventually it'll be dark regardless unless you seal it. The dark grey is, of course, a more antique look, and was what we'd originally envisioned. But then more dramatic veining, which is less antique-looking, and may pull attention away from the stained glass we're planning to eventually put in that window.

Honestly, I dunno which I think looks better. But since I'm not willing to seal the stone to light grey, eventually, one way or another, this is what it'll all look like: 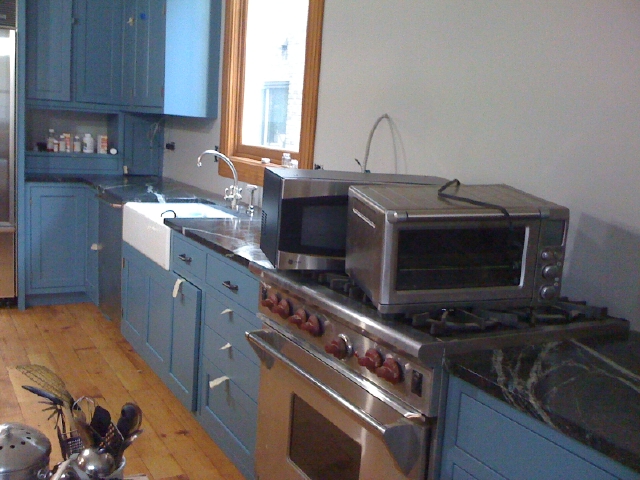 And that's soapstone. On the plus side, aside from all the aesthetics, it's heatproof, waterproof, and less likely to shatter or crack than granite. Over time, the edges will weather down to a softer look. All of that I'm pretty sure I'm going to like regardless. So that's good.