When we went before the historic preservation committee, one concern was that we weren't supposed to make changes that were visible from the street. Some exceptions are granted -- turrets, for example, and changes to the back third of the house. This is the view of the rear addition from the sidewalk; as you can see, it's clearly visible. But I think it looks reasonably good; in proportion with the rest of the house, and not towering over the rest of the neighborhood. I was worried that the neighbors would think we were trying to build a McMansion, but this really is okay from the street, I think; modest. Once it's clad and painted and roofed to match, I think it'll blend in nicely. 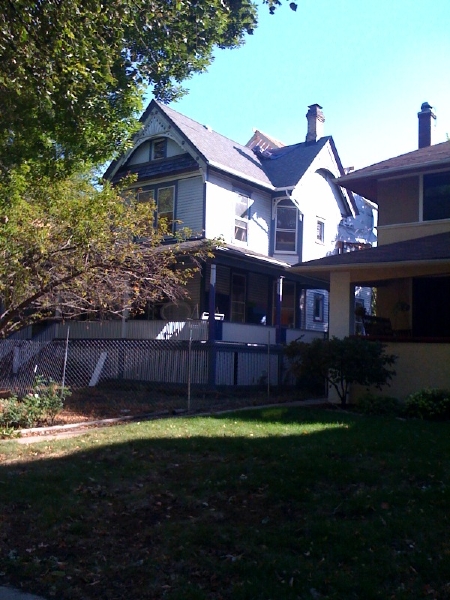 And here's the view from the back -- if you squint, you can see the men working up there. Looking good! 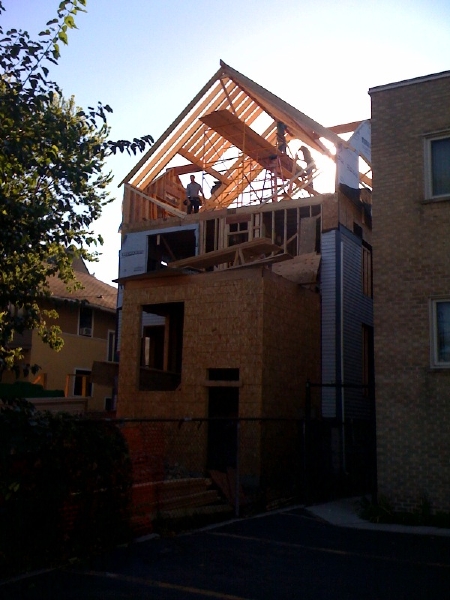 When you go inside, you can see that Kevin's study now has sub-floor. It's going to be a nice room. 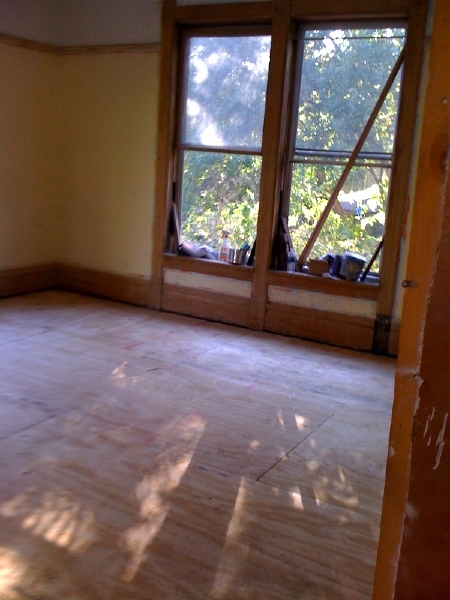 If you go up to the third floor, you can them building the sides of the children's rooms' dormers. This one will be Anand's, with a view of the roof of the apartment building beyond, and a bit of tree 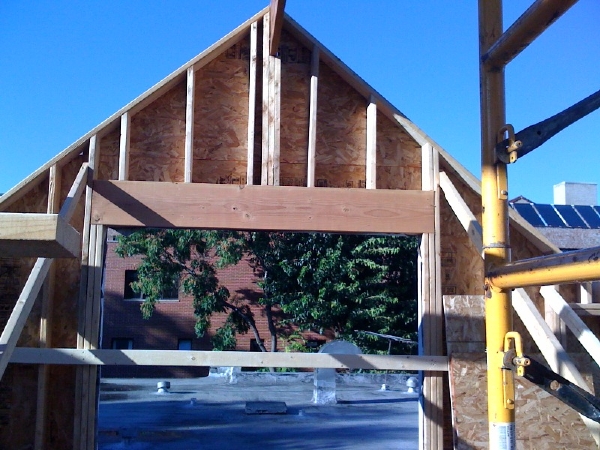 And Kavi's side -- that window's closed off at the moment, but will look at our neighbors' charming house. I think she can see Otto's window from there. I can imagine them communicating with cans and string. :-) (Yes, I know the children will have their own cell phones by then, but let me pretend, okay?) 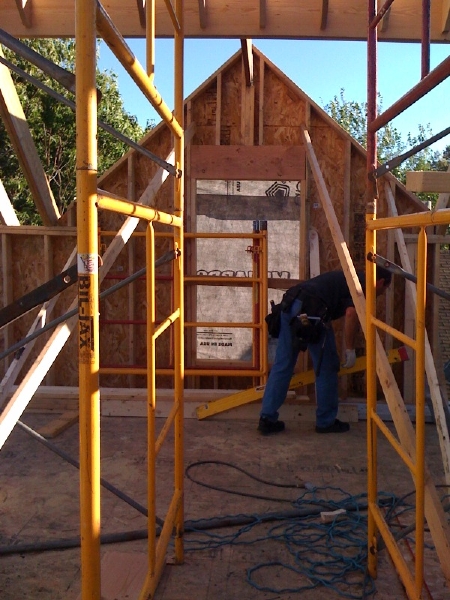 Here's the view from Kavi's pair of other windows, which face east; hopefully, she'll turn out to be an early riser, like me, and will appreciate waking with the light. Anand's room has more space; hers has more windows. Which is better, do you think? 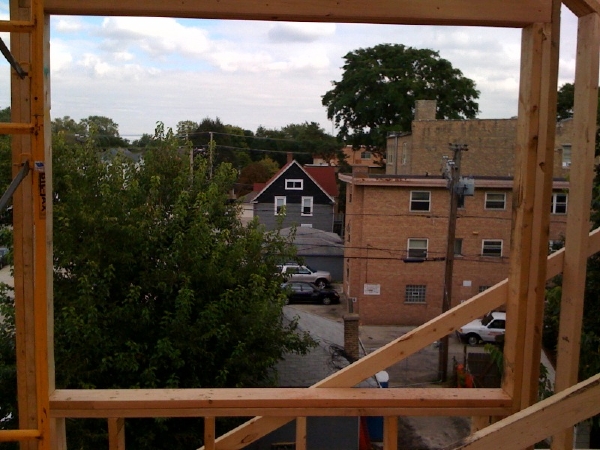 Here's Anand's window again, this time a day later, with more framing; you can see the shape of the dormer now. 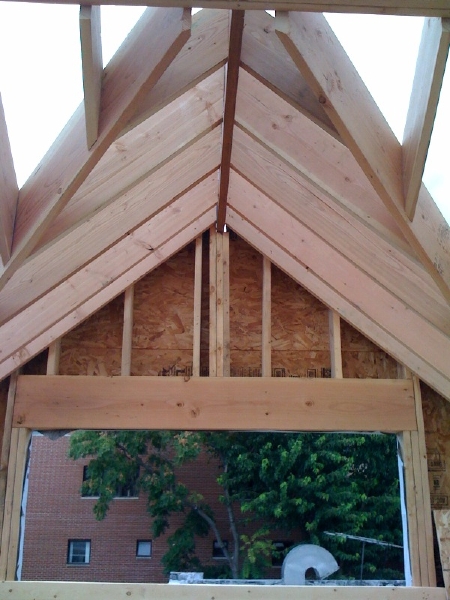 The view straight up in the center, between the two children's rooms -- it'll be closed off soon, I'm afraid, with a bit of flat ceiling at 9', about two feet under the peak. Technical reasons -- something to do with joist hangers or ductwork or some such. But for now, isn't it beautiful? 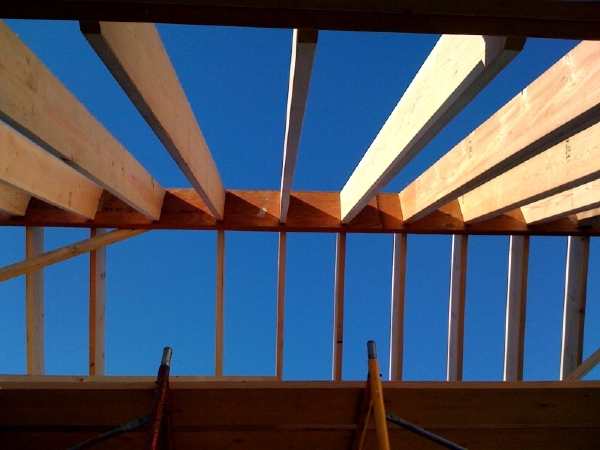 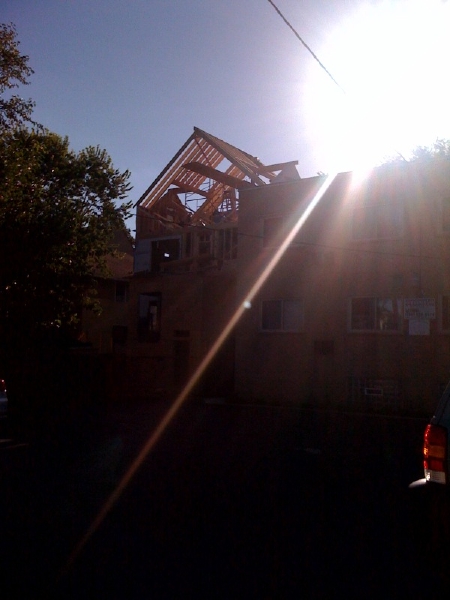