Facebook Instagram Youtube Twitter Patreon Shopping-bag
Menu
Spring break is this week, which means that for the first time in about a month, my days haven't been scheduled from morning to night. We knew this semester would be hell, and it pretty much has been. Thank the gods for a week of break; hopefully it'll let us hold it together until the end of April. Both Kevin and I are getting very frayed.

One consequence of the break is that I finally got enough sleep on Saturday night, and rested much of the day Sunday. I read N.K. Jemisin's The Hundred Thousand Kingdoms, which I enjoyed, and Marilynne Robinson's Gilead, which I loved. Gilead won the Pulitzer a few years ago, and I think it was well-deserved; I'd adored Robinson's earlier Housekeeping, and this was just as good. It's nice to be reminded that excellent doesn't have to be flashy; it can be quiet and meditative. It's also a nice contrast to Justified, which I just saw the pilot episode of, and also liked quite a bit, for the Kentucky setting in particular -- interesting the different levels of violence in the two.

All that lying around and reading gave me enough energy that when Kavi woke from her nap, I took her out on an expedition. We went to the house, just so she could see it -- I think she went there once when we were first buying it, but she hasn't been back in six months, and I want her to start thinking of it as her house, even if it's a sadly broken one at the moment. She seemed to like it, especially the front steps, the porch swing, and the little purple crocuses. Oh, and the little window in my study that's just her height. It's staying, so I think maybe I should just throw a couple cushions under it for the kids and/or dog. 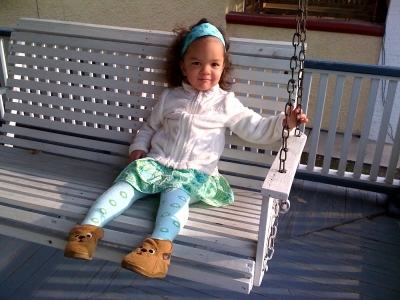 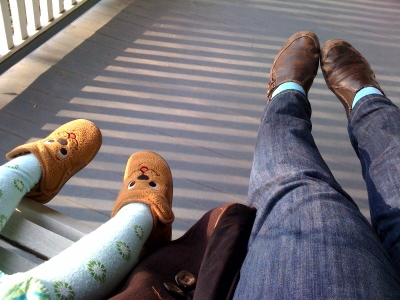 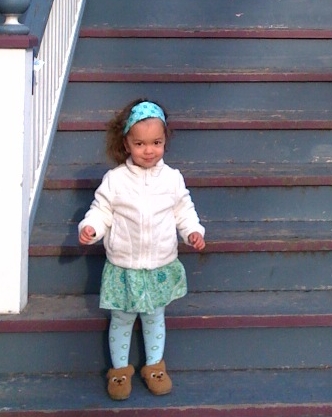 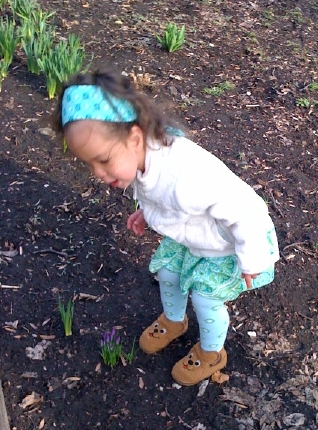 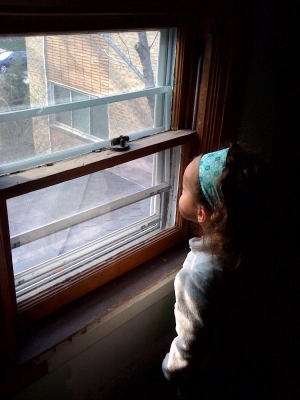 Afterwards, we went to Borders, looked at books, played with various other small children. But her favorite part of the whole expedition was the chocolate donut. 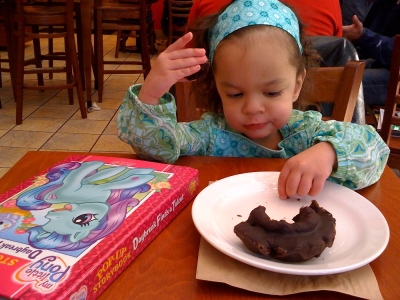 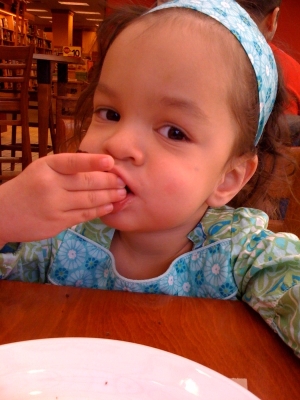 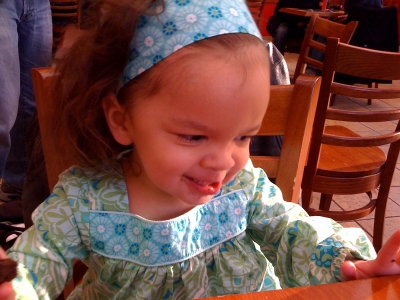 1 thought on “Spring break is this…”